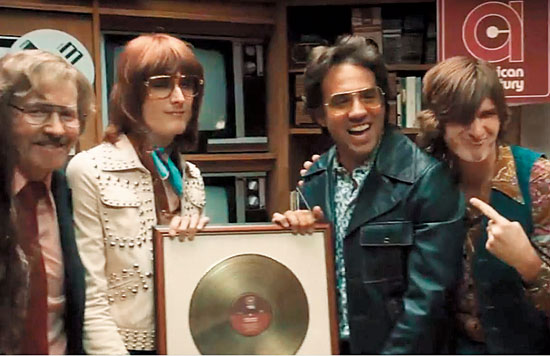 You would expect great things from a TV show about rock-’n-roll part-produced by Mick Jagger with its first episode directed by Martin Scorsese. A bit sadly though, Vinyl, HBO’s new per­iod drama about a record exe­cutive in the ’70s, isn’t quite up to it. Apparently, Mick spoke to Marty about it nearly two decades ago, and Marty has now responded with a two-hour-long pilot epi­­sode that gives you enough time to wonder and wander. Essentially, it’s about the owner of a record company, Richie Finestra, played by Bobby Cannavale of Boardwalk Empire fame.

The first sequence has Finestra snorting some coc­aine and walking about like a character out of Goodfellas. Slowly, you realise he is a rec­overing addict and that the show is not really about the music (reason why you should stick around), but men in funny suits of yore, which makes you wonder how many reruns of Mad Men Scorsese has watched, or if he’s really not gotten out of Wolf of Wall Street mode. The dialogues disappoint, the frames much less and oh, you have Olivia Wilde as Finestra’s wife, who’s done her share of the wild time but now wants to chill and can’t understand why hubby dear won’t settle down. You also have Jagger’s son, James, as the lead of an upcoming punk rock band, as well as Juno Temple. There, all the names.