And A Fleece That's As White As Snow

'What does it matter if I fail?' asks the Booker winner on her second novel and of course, the first work of fiction since The God of Small Things 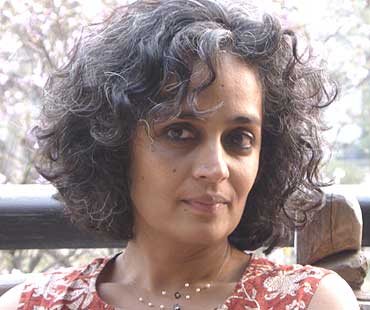 The Briefing will be performed with sound and light effects at Fortezza/Franzensfeste, a fort built in the Alps by the Hapsburgs in 1833. The largest fort ever built in the high mountains designed to withstand any kind of military assault, it has never been attacked, and was used as a military base for more than a hundred years, including by the Nazis. For 165 years it has remained closed to the public, surrounded by enigma. To mark the opening of Manifesta7, when the fort will be thrown open to the public for the first time, the curators invited Arundhati Roy and nine other eminent international writers, thinkers and artists to respond with texts to the enigma of the fortress, to meditate on the idea of a fort that has never been attacked.

Arundhati Roy's The Briefing is an allegory. Through its story about missing gold and the Snow Wars raging in the Alps emerges a powerful fable about Climate Change, the War on Terror and Corporate Raj. The Fort That Has Never Been Attacked is capitalism itself. A phantom narrator, a militant commander of indeterminate provenance and gender, briefs his/her comrades, preparing them for a mysterious mission.