The notion of privacy is rapidly losing out to data mining 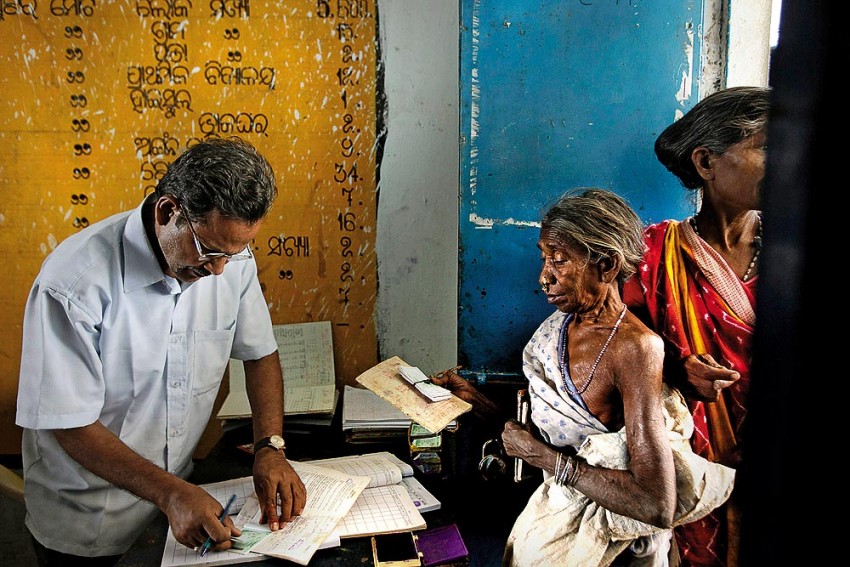 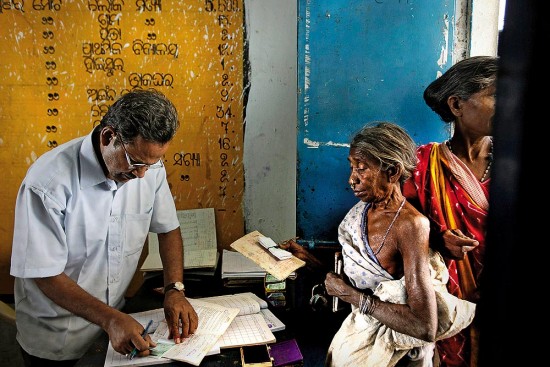 The year before, nobody called on my birthday. This year was better. Friends remembered. I even got a birthday card. But it turned out to be from neither friends nor family. It was from Mr Representative. Mr Ex-Representative, actually, since he had lost the previous election. I was baffled. How did he know it was my birthday? Then it hit me. He had been dipping into my data.

It’s not much of a secret, of course, but it made me nervous the way my information­—birthday, address, name—was used without any consent. The way I had no control over where this information went and what it was used for. So far it’s my birthday. What would happen if the state had my bodily information?

Actually, the state already does. I have a passport and, come to think of it, if they have a biometric identity system, they could just give everyone passports. It involves a unique number, a photo, linked biometrics and police verification. And it allows you to do something more than just proving, your existence over and over.

India collects data on citizens for a dozen different purposes. By the time I was born, the problem of growing enough food had been solved. Yet, millions were still hungry. The state had already linked basic rights with a card by then. A ration card was proof that you, Citizen X, existed.

A cog in the bureaucratic machinery certified that you were you, residing at such and such place. The poor had special cards, in a different colour, so they could get rations at subsidised rates from fair price shops. But soon, you needed a ration card even if you didn’t want subsidised food. I found I needed it for just about everything. Election officers wanted my card before I could vote. Banks wanted my card before they opened an account. The electricity office wanted a card. The phone office wanted a card. The passport office also issued a summons for the card in addition to all the other things it needed.

It was my first proper card and it wasn’t easy to get. My mother owned an apartment and had papers for it. I had marksheets from school and college. But the local office wouldn’t give us a ration card and the local officials wouldn’t even raise their heads to look at me when I went to ask what was going on.

Still, I was among the luckier ones. It just so happened that I was a journalist and soon after happened to mention the problem to a source who just also happened to know a politician. He put in a word and within a month I had a letter from the food and civil supplies ministry, directing the local office to give me the card without any further delay.

The poor, meanwhile, had bigger problems. They were being cheated and bullied out of their promised rations. Distribution records were being fudged. Cards were made for the wealthy while the impoverished remained card-less and invisible. Public money was being stolen in the name of the poor while rich citizens were cheating on taxes. Cash was found inside mattresses and wads of cash lined false ceilings.

It was then that I found I needed another card—a PAN card, with a unique number and a photograph. I got one of those too. I needed it to file tax returns. Banks wanted my PAN number too. Employers wanted a PAN number. We all ended up needing it, even my retired mother.

Meanwhile, there was talk of election fraud. It was suddenly not enough for each citizen to be listed on electoral rolls. Everyone must have a voter card. Government employees came to verify that you are, in fact, Citizen X and lived at such and such place.

How does a politician get his hands on the phone number of an ordinary ­citizen? Public records? Who gives this out? For what kind of money?

The problems of the poor had not gone away either. They were still hungry and they wanted not just rations but jobs. The state agreed. Roads would be made; wells would be dug. But how would people get paid honestly? So, yet another card was issued—a job card. People could record the number of days they worked on their cards and would be paid a minimum wage. But now there was a new problem. People who were in charge of the job roster and of payments made incorrect entries. Records were fudged to indicate that money was paid when, unsurprisingly enough, it had not been paid.

This problem could have been resolved if everyone had bank accounts and the state made payments directly. Or if each person was given a PAN card in addition to a job card. The state just needed to issue a directive that each village must have a bank. Bank acc­ounts could have been opened with a ration card and a PAN card could be made through the same bank.

Politicians and officials, however, wrung their hands at the endless ‘leaks’ in the system. They insisted that this was not a banking or education or policing or local empowerment problem. They insisted that it was still an identity problem. Anyone could get a ration card. Or health card or pension card or PAN card. They needed a sophisticated system. The answer, they said, lay in yet another card. Name? Aadhaar.

Aadhaar is meant to help you get ration, pension, job wage and so on. But this time, the state wanted fingerprints or retinal scans. And what would you get? Well, the very important proof that you were, in fact, the citizen you claimed to be.

As with the ration card, every institution, every service provider began to ask for Aadhaar cards. The Supreme Court ruled that it was not mandatory but every government official continues to act as if it were. A government school teacher recently rang my doorbell. She asked for identity proof. I showed her three different cards. She still wanted to see Aadhaar cards. I told her I didn’t want one. She looked at me as if I was crazy, but rushed off without any further ado.

If she had waited, I would have told her about Margaret Atwood’s The Handmaid’s Tale —how easy it was for an oppressive state, one that was no longer interested in democracy, to control the lives of its citizens, especially us, the women. All they needed was enough accessible information.

That government teacher would probably have said that I was silly, that I read too many novels. Maybe then I would have reminded her about mobs led by men who had lists. It was data that told them which household was linked to what religion, which citizens to rape and which to murder. How many government employees had access? And who should be held responsible if killers get their hands on citizen data?

I would tell her about how the party that’s leading the current government used to send messages to my mobile phone before last general and state elections. How did they get my phone number? From public records? Or did they get it from a privately owned phone service? Who gave it out? For what kind of money?

I would have liked to point out that the idea that Aadhaar is an infallible identity system is nothing short of a joke. Somebody went and got a card with a dog’s face on it. I’ve worked in offices that insisted on biometric swipe-INS and still the machines failed to recognise me every other day. So what do you do when you can’t prove ownership of your body?

And what should you do if you don’t know who—how many people in the state or outside the state machinery—are being given access to your information? Technology is changing so fast these days. ATMs get skimmed. Websites get hacked. Blocked phones can be unblocked. Online activity is tracked. People steal anything. Soldiers’ coffins, wombs, kidneys, manhole covers, used underwear—nothing is sacrosanct and there’s nothing that can’t be turned to profit. If biometric data is compromised, how does the state propose to undo that? Do you get a new set of fingerprints? Is it like changing a lock on the door? I would like to know. Just as I would like to ask my phone company why they sold or gifted my number to a political party. Just as I would like to know who gave Mr Ex-Representative the right to data that leads to me getting a solitary birthday card. I would very much like to know the answer to that.

Data mining is as ancient as the idea of government. The Romans started it for taxation. In fact, a Roman census by Consul Quirinius is how the ­approximate date of Christ’s birth was calculated in Luke’s gospel.

The Bullet Points Of An AK-47