An Old-Fashioned Take On Love

Moving on from the world of face-to-face interaction and the letter-writing ritual, relationships leave behind the power and poetics of memory 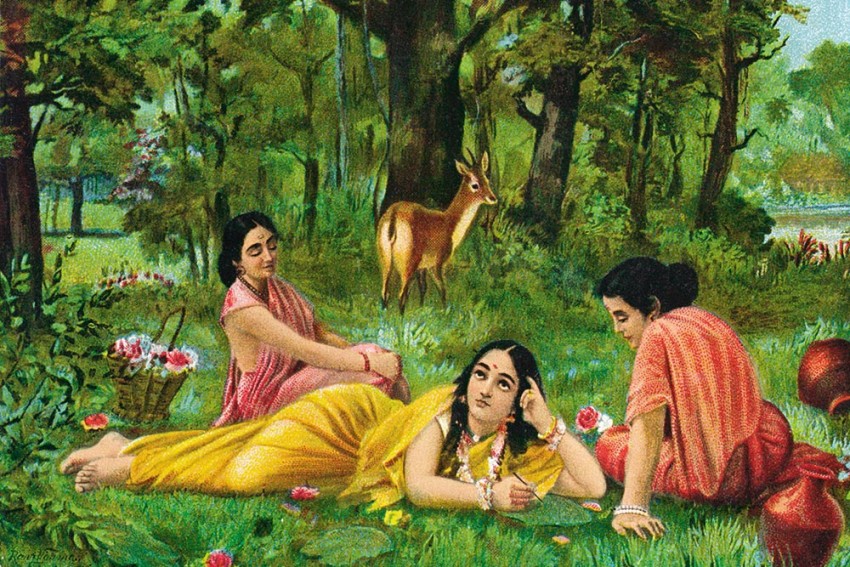 Then
From the time of Kalidasa’s Shakuntalam
Photograph by Alamy
Shiv Visvanathan February 15, 2018 00:00 IST An Old-Fashioned Take On Love

An invitation to write an essay is often a moment of crisis. One suddenly discovers how dated and old fashioned one is. When I was asked to write about relationships, I felt outdated. Even the radicalism of my time felt a bit stodgy before the language of my students who wanted to know whether I knew what ghosting was. Rather than being irritated, I suddenly felt what one needed was an arc­haeology of the word, a chance to outline the layers of meaning the word and its worlds evoked.

In my time, the word relationship evoked the miracle of the face-to-face encounter. Phil­osophers like Martin Buber and Emmanuel Levinas have been poetic about differentiating between the miracle, the sense of sacred that an I-thou relationship creates, with the banality of an I-it relationship. One captured the full authenticity of the human, the other, its distortion into objectivity and impersonality.

Yet the idea of relationship always had a sense of the ephemeral and the innovative. Relationships, it seemed, dealt with roles and persons and still managed to elude institutionalisation and its boundedness. ‘Are you in a relationship’ evoked the present continuous, the immediacy of the present without acquiring the permanency of a sacrament or a contract. Relationships in our times were conceived in terms of legends. The drama centred on dyads, the major pairs being mother-­daughter, mother-in-law—daughter-in-law, or friendships between peer groups. There was a sense of stereotype, which was both a source of humour and a fate to be evaded. Most jokes centred around relationships. It taught you that stereotypes could be liveable and also constraining. The dialectic bet­ween the two gave you stories about change.

The idea of the face-to-face was usually about spontaneity, intimacy, authenticity, the immediacy of touch and the power of memory. One could not reduce them to predictability. But as society urbanised and became more impersonal, even face-to-face relationships acquired a managerial quality. They acquired the grammar of what the sociologist Erving Goffman called ‘impression management’. To summarise Goffman, the presentation of self in everyday life became an art form. The self could become an artifice and be strategised. This led to the production of books like Dale Carnegie’s How to Win Friends and Influence People, a deeply optimistic book about the cynical idea that friendship could be cultivated, manipulated through a set of tactical recipes. Carnegie’s book was almost the Bible of that great home science we now call personality development. In an era that once emphasised char­acter-building and ethics, one now heard about the importance of personality development, the new cosmetics of the self that made one more ­attractive for relationships.

Actually, a lot of folk wisdom was about managing relationships told in the form of proverbs and anecdotes. Carnegie turned such folklore into the makings of a science. A whole generation used How to Make Friends and Influence People as a Bible, for managing everydayness, and Carnegie was as famous as management experts like Frank Gilbreth or Peter Drucker. All of them brought a folksy quality to the science they were busy ­inventing. Such books did play a crucial role in migrant societies where new entrants had to master the rules of the game, from table manners to the new rituals of relationships.

In an era that once ­emphasised ethics and building character, one now heard of ­personality development.

Here relationship was seen as oral, face-to-face and immediate. The rise of print added a romantic quality to it through the cult of letter writing. Letter writing is a form few in the world of internet can understand. A letter evoked memory, summoned the nuances of language, was candid about emotion, privacy, secrecy, and allowed for a different culture of time. A love letter in that sense was a monument to the everydayness of relationship, where loss, absence, the ecstasy of sharing were conveyed in a tropicality of emotion that today’s telegraphic sentences never could. Letters conveyed emotions a selfie could never dream of and they had a shelf life. One cherished them and they were written for the future. They evoked duration, belonged to a time whose depth, nuance and emotion we have lost in the flatland of the internet. A love letter today is almost an act of nostalgia.

Whether it was the face-to-face drama or the ritual of letter-writing, both had a quality one misses today—the power and poetics of memory. Memory was a continent in itself, a world that went beyond Freudian analyses and demanded the ecstasy of storytelling. A relationship without memory was seen as poverty stricken. Memory gave depth and poetry to a relationship. It allowed a relationship to unfold. I remember myself ­impulsively asking my students in class one day, “Describe your grandmother’s face and tell me about her.” The students hesitated. A few in ­chorus said, “They are so old,” as if the very idea of oldness allowed for erasure. I asked them, “Did you ever touch her face?” and the question almost seemed repulsive. Then in desperation, I asked them, “Tell me about her pickle,” and suddenly some rivulet of emotion unlocked in him. In the little sensorium of a pickle, an old woman suddenly came alive.

In fact, old age and old people are one relationship we have abbreviated. Kids sit involved in their computers as if they are the new rudraksh impervious to grandparents. They become like wallpaper, or silhouettes watching TV as you ret­urn home from play. The decline in the quality of some relationships is seen in the way we construct old age. Senile dementia is almost a downloaded disease, which transforms the man who was once your father into a difficult patient. Somewhere, despite all the legends about joint families, we have lost the sense of relationship with old people. Old is almost equated to obsolescent and erasable, and old age is one niche of relationships we as a country must relearn and rethink. Every time I see old people sitting at traffic lights and waiting emptily in parks, I feel the tragedy of relationships begins with old age. Once the old were storytellers; today it is old age itself that needs a poetics of storytelling to restore and re-embed it into the dynamics of everyday conversation between generations.

Yet today a WhatsApp family group can capture the dynamics and tensions of a joint family. WhatsApp recreates some of the tensions of ­patriarchy; or the ideological and aesthetic ­differences between generations. Yet the magic is not quite that of a face-to-face relationship, of a quiet walk punctuated by gossip and silence with your grandfather. The age of the internet, ­relationships have travelled a few lightyears

Photograph by Alamy
A love letter conveyed loss or the ecstasy of sharing in a tropicality of emotion today’s ­telegraphic lines can’t.

I must confess a bias before I proceed with the rest of the essay. I am what my students call technologically retarded. My enthusiasm for the telephone and the computer as ways of sustaining relationships is stilted. In this McLuhanese era where technology sustains and defines relationships, I feel out of place but still curious. I try to learn the new language, the shorthand glossary that one needs to be a native in this world. A date today has a repertoire of tactics from benching, stashing and haunting to breadcrumbing, which makes me wonder if these relations are language games or exercises in human spontaneity and community.

The internet seems to create a new sense of community one calls the network. It has its own rituals and glossary, and it attracts the young in a way I can only comprehend anthropologically. The young seem a different tribe and yet they seem to have their own pressures. The need to be liked demands almost a visible assurance and one tinkers with history to provide proof of how well liked or popular one is. An Instagram in a way distances one from real life. Secondly, there is a tyranny of instant time captured in the assembly line of selfies, where every event in a relationship needs a marker, a mnemonic, a compulsion to record that strips actual memory bare. It is as if the relationship is in the records and the perusal of the records. A relationship without exhibits seems unthinkable. Silence seems to have no place in such a world. There is also a sense of the crowd, a need for acclamation that seems almost artificial.

But one is not native to this world and has not quite mastered the nuances of this language. There is even a scientism that seems to think any problem in a relationship is solvable through the right formula. I admit such a world needs its own Freuds and Prousts. I am content to watch and listen to a homemade translation between this world and mine. It has, I admit, an excitement that someone else could convey better. Relationships contoured by technology have an idiom which a different soc­iology has to convey today.

Yet, to me, it is not technology that defines this generation, but a search for relationships beyond the family. I think it is learning to construct a new aesthetics of friendship, a friendship mainly bet­ween peer groups and equals, a friendship that adds an ecological sustenance to the vulnerability of the family. The friend and the idea of friendships is the new narrative of emotionality. A sense of friendship recreates memory, challenges the dem­ands of the official, creates a celebration of the face to face without the structures of family demands. I see friendship as the glue, the base of the new urban society. Novels about friendship, loss and companionship will constitute part of the new narrative. As friendships turn vintage, there is a nuance, a nostalgia that is attractive. More than selfies and WhatsApp, I think it is the new drama of friendships that will sustain the power of relationships in the future.

Her Hand In The State’s Grip