An Idea In Rigor Mortis

The Left is touting those ghostly notions again. They didn't hold then, they don't hold now. 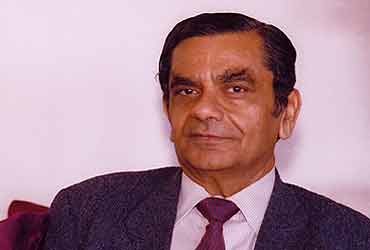 In Defence Of Globalisation
By Jagdish Bhagwati
Oxford University Press Rs 445; Pages:320
This book has arrived not a day too late. A lot of rubbish has been floating in the air ever since May 13, when our election results came out. Silly ideas, discredited years ago, have been revived and assiduously marketed by the Left, creating the illusion that India’s centre of gravity has shifted against the global market system. To those undecided in this battle of ideas, Jagdish Bhagwati’s charming and highly readable In Defence of Globalisation offers well-thought-out answers to the questions that have been raised over the past few weeks.

Bhagwati is a distinguished professor of economics at Columbia University, a former advisor to the UN on globalisation, and one of the world’s authorities on international trade. He was one of the first persons to raise serious questions about the premises of Nehruvian socialism in the ’60s. In his book with Padma Desai, India: Planning for Industrialisation (oup, 1970), he described how India was steadily degenerating into a "licence raj". A generation later, the same sort of do-gooders are blaming global capitalism for worsening poverty, for child labour, for degrading our environment, for cultural homogenisation and many of the world’s ills. In this book, Bhagwati seriously takes on the bogus arguments of the anti-globalisation lobby and shows them for what they are—a threat to human development. He argues that globalisation is not the problem but the solution.

In recent weeks, the Left in India has stridently argued that the economic reforms need a human face. Bhagwati shows that global capitalism does have a human face and he demonstrates its beneficial effects on poverty, child labour, women’s rights, and a host of social issues. The Left argues that growth by itself will not create enough jobs or alleviate poverty. Bhagwati shows that growth is the principal means of reducing poverty. He illustrates this with the examples of China and India.

I had a sense of deja vu as I noted Bhagwati demolishing the same arguments of the anti-globalisers that India’s reformers had faced in the early ’90s when India began to seriously reform its economy. When we liberalised the rupee, the Left warned us about a flight of capital, predicting that rich Indians would run away with their money. The opposite happened, in fact, and our reserves shot up from $1 billion to $117 billion today. When our tariffs began to come down and import licensing was scrapped, the Left prophesied that India would be flooded with luxury goods, and there wouldn’t be any forex to buy capital goods for our industry. Again the opposite happened; with declining tariffs, India became more competitive, and our exports grew.

When we lowered tax rates, the Left forecast that our government would be reduced to a pauper; instead, government revenues shot up and income tax has consistently grown faster than our gdp since the reforms. When we liberalised foreign investment, the Left predicted that predatory mncs would swamp Indian businesses and our industry would be destroyed. None of this has happened, and Indian brands are thriving in many product categories. In fact, our worry is we are not getting enough fdi. Forget China, countries much smaller than us—Vietnam, Malaysia, Thailand, Poland—attract far more foreign investment.

Given this terrible track record of the Left, why should we now listen to it? It has been consistently wrong. It has always led us astray, and it now wants to bring back the sort of policies that made India "the world’s greatest under-achiever", in the words of the Economist. Is it surprising that the markets continue to be spooked by the Common Minimum Programme? I sometimes don’t know who is more likely to destroy our future—the lunatics of the Left or the fascists on the Right.