An Evening With The Bhuttos

Outlook meets the young Bilawal, Benazir's 18-year-old son, in Dubai, and finds out what it means to be a future heir of the Bhutto legacy 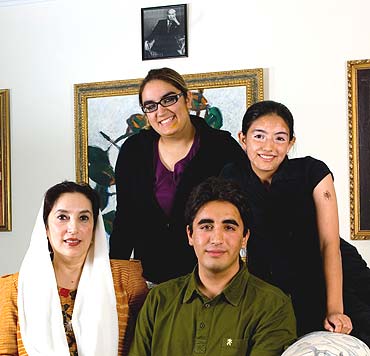 As Benazir prepares to end her seven-year-long self-imposed exile in Dubai to return home and, perhaps, challenge the all-powerful military in Pakistan ahead of elections later this year, this 18-year-old, whom some see as the Rahul Gandhi of Pakistan, is preparing himself for the time when he must perforce take on the Bhutto mantle.

"Not right away, I've just finished school," he tells Outlook in his first-ever interaction with the media. But the idea that their brother could be seen in that light elicits titters from younger sisters Bakhtawar, 17, and Aseefa, 14, with Bilawal asking, "Is that really what people are saying? I can see why, but he (Rahul) is already in politics, I haven't even started university."