An Estate For No One In Particular 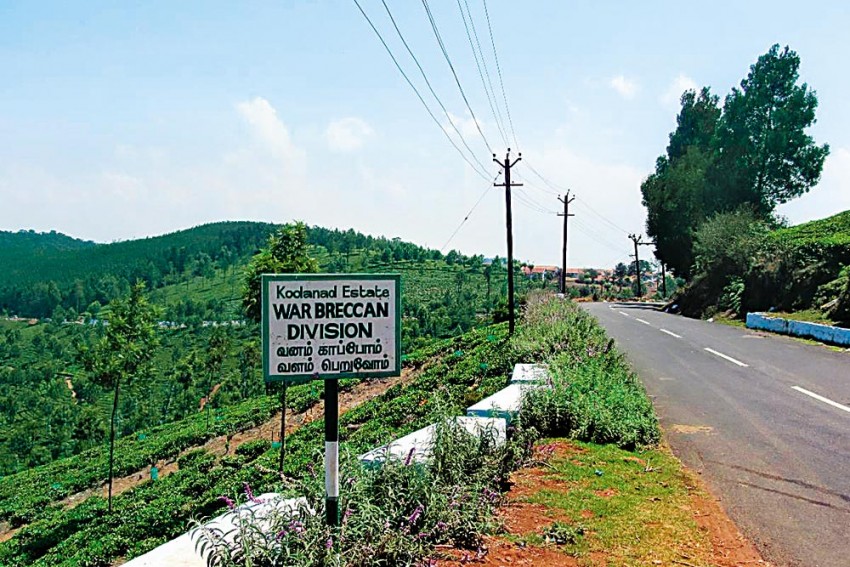 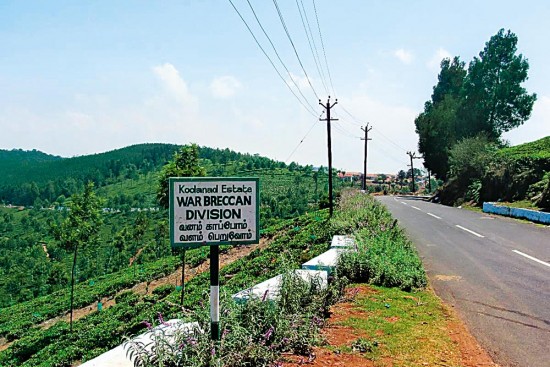 It is a pity that such a large estate located in salubrious climate, with lush tea gardens and an envious view of the sunrise would belong to no one. Kodanad Estate, Jayalalitha’s favoured getaway in the Nilgiris, is waiting to be attached by the state’s revenue department. After the Supreme Court restored the conviction of Sasikala and Jayalalitha, the property acq­uired by the duo along with Ilavarasi, stands attached by the exchequer.

A friendly government has delayed the process of attaching the nearly 1,000-acre estate that grows tea, coffee and cardamom. Though Jayalalitha had declared the value of her share of the estate as only Rs 3.13 crore in her last election affidavit, ­according to a local tea garden manager, the actual market value of the entire ­estate would be nothing less than Rs 1,000 crore. “The property was purchased for Rs 7.5 crore in 1994 and that is the value being arrived at while fixing Jayalalitha’s share in all her election affidavits,” points out a property lawyer.

Sasikala had scouted the estate, like the many other properties the duo had picked up during their buying spree during Jayalalitha’s first term from 1991 to 1996. Peter Grace Jones, the English owner who had inherited the estate, had run up a debt of Rs  3.5 crore. When Sasi­kala evinced interest and Jayalalitha too app­roved the buy after a visit, their confidant, liquor-baron-turned-medical-college-owner Ramaswamy Udayar, stepped in to finalise the deal. His daughter-in-law Radha Venkatachalam purchased the est­ate from Jones for Rs 7.5 crore and later transferred it to a partnership company belonging to Jayalalitha, Sasikala and Ila­varasi. The details are confirmed by Radha Venkatachalam in her deposition before the special court that tried the wealth case against Jayalalitha and others. Jones, who flew in from London to depose, backed Radha’s story, but complained to the court he was shortchanged by Rs 2.5 crore and was actually paid only Rs  5 crore.

Allegedly as a quid pro quo for complet­ing the deal, Radha Venkatachalam’s father R. Krishnamurthy was appointed advocate-­general by Jayalalitha to fill the vacant post. After she acquired the estate, Jayalalitha built the White Mansion House near a pond. The bungalow has all the modern trappings—temperature control, conference room for officials and ministers, a VIP meeting hall, a small medical facility for any emergency, the works.

An already reclusive Jayalalitha would spend at least three months every year in the secluded and secure estate. During her days in the opposition, the stay used to ext­end up to six months. It was also convenient for ayurvedic doctors from Kerala to treat her chronic arthritis in total privacy. She would drive a battery car around the estate that employs 150 workers.

Whenever opposition leaders used to carp about the state being ruled by an ­absentee CM, Jayalalitha would counter: “Kodanad is also part of Tamil Nadu. In these days of modern communications, one can control the administration from any part of the state.” After her conviction by the special court in September 2014 and her time in jail, Jayalalitha never stepped into the ­Kodanad Estate.

The Strange And Murky Estate Heist