Is Kasab Pakistani? And so started an absurd play on television. 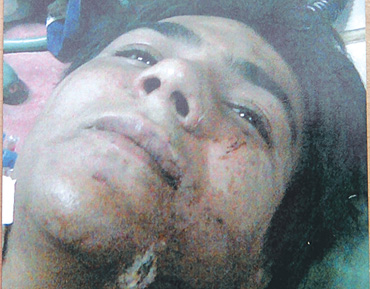 All hell broke loose as soon as the Dawn TV network quoted a "high-ranking official" to declare: "Sadly, it has been established that Kasab is a Pakistani citizen. He’s the son of Amir Kasab and Mrs Noor Illahi of Faridkot." The official wasn’t named, but an Indian TV channel got into the act, saying it was none other than Durrani who had provided the confirmation in their interviews with him. (The NSA was to later claim he had only said that "Kasab could be a Pakistani national.")

Singing another tune on Kasab’s nationality was foreign secretary Salman Bashir. "Not so," he responded. "Investigations are still continuing and it would be premature to state anything at this time." From Kabul, Pak foreign ministry spokesperson Mohammad Sadiq added, "We are still investigating and cannot confirm." And then came the breaking news on the state-owned TV—information minister Sherry Rehman’s SMS to a news agency confirming Kasab’s Pakistani nationality. You thought this was it.