An Atrocity On The Law 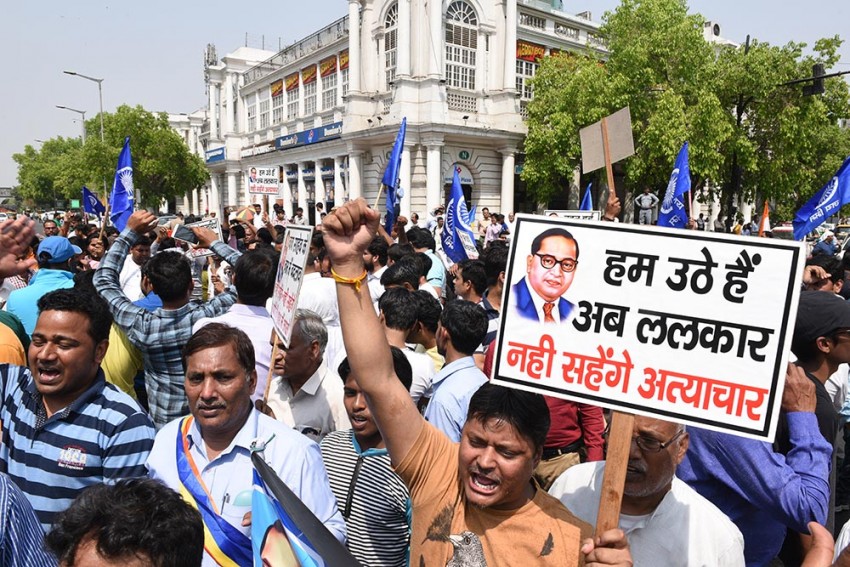 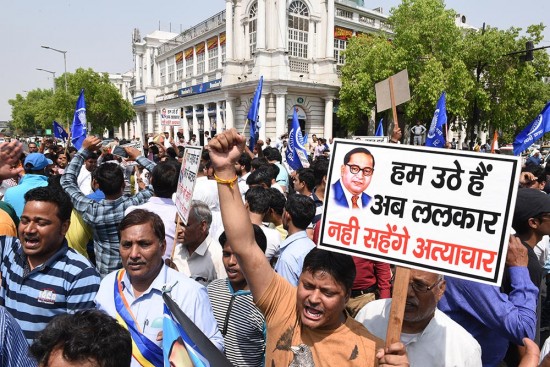 In the famous case of Mahad water tank agitation, Narhari Damodar Vaidya vs Bhimrao Ramji Ambedkar, the Bombay High Court heard interesting contentions of the appellants who refused Dalits access to water, citing the “custom of times immemorial”. In his judgement on March 17, 1937, J. Broomfield summarised their contention as follows: “The appellants, on behalf of the caste Hindus of the town, of Mahad, sued the res­pondents, who represent the so-called ‘untouchables’, for a declaration that the Choudhari Tank near the town belongs to them, and that they alone have a right to use it and the respondents are not entitled to use it, and for an injunction against the respondents not to use it.”

There was no law to support the Dalit claim to acc­ess the water in the Mahad water tank case. The case went in favour of Dalits only because the water tank vested in the municipality of Mahad and was thus public property, and Narhari Vaidya could not conclusively prove the custom of exclusive use. A good 81 years later, on March 20, 2018, the Supreme Court of India, under the Constitution of 1950, passed a judgement in the case of Subhash Kashinath Mahajan v. the State of Maharashtra and Anr. The times, indeed, have changed, but not the social prejudices.

The Act ­prescribes punishment for the ­government ­machinery’s failure to implement the law.

India started with protection of the rights of Dalits with laws to counter the “custom of times immemorial”. The Congress governments in the provinces under the British Raj, passed 21 temple entry and civil disability laws between 1938 and 1948, largely because of Mahatma Gandhi’s leadership. The princely states under British paramountcy followed suit. Citing a few will help understand the geographical spread of the “custom of times immemorial”: the Orissa Temple Entry Authorisation Act, the Bombay Harijan Temple Entry Act, the East Punjab (Removal of Religious and Social Disabilities Act), the Hyderabad-Harijan Temple Entry Regulation, the Travancore-Cochin Temple Entry (Removal of Disabilities) Act and the Madras Removal of Civil Disabilities Act.

In the Constitution, which Dr B.R Ambedkar piloted, India abolished the practice of Untouchability in one stroke and made it a punishable offence. India passed the Untouchability (Offences) Act, 1955, where the burden of proof lies with the acc­used and not the victim. Both the anti-untouch­ability crusaders passed away in the early years following independence—Gandhi in 1948 and Ambedkar in 1956. And unabated oppression of Dalits made Indira Gandhi revise the Untouchability (Offences) Act, leading to the enactment of the Protection of Civil Rights (PCR) Act in 1976. The 1955 law had prescribed punishment for the practice of untouchability and all related offences, but in 1976 even the preaching of untouchability and enforcement of any disability became illegal.

Atrocities against Dalits and adivasis became brutal as the social prejudice found newer manifestations. Cases of urinating in the victim’s mouth, applying faeces and parading naked came to light. And then the Rajiv Gandhi government enacted the Scheduled Castes and the Scheduled Tribes (Prevention of Atrocities) Act, 1989.

The list of atrocities under the 1989 Act starts with the most horrendous of offences that legislatures had to deal with four decades after the Constitution came into force: “Forces a member of a Scheduled Caste or a Scheduled Tribe to drink or eat any inedible or obnoxious substance.” The Act has features that prevent officers of the state machinery from misusing their powers against Dalits and adivasis. The Act punishes anybody who launches false, malicious or vexatious criminal or other legal proceedings against a Dalit or an adivasi, including public servants.

Having grown up trying to implement the 1989 Act, we are witness to the attitude and antagonism of the state machinery. We have known days of dharnas and agitations for an FIR to be registered. To subjugate the victims and their community, the dominant castes and the police invariably filed counter-cases against the victims and those fighting on their side. Both of us have had a number of counter-cases filed against us as we stood in ­support of the victims. Photograph by PTI
SCs/STs are indeed a pan-Indian community despite their many ­sub-castes and regional identities.

The most striking aspect of the Act is that it prescribes punishment for a public servant who fails to implement it. If this law had been implemented in its letter and spirit, the majority of the chief ministers and district magistrates would have been punished for failing to conduct mandatory state and district vigilance and monitoring committee meetings, which is mandatory for them under the rules of this law. In 2006, we filed a PIL in the Andhra Pradesh High Court with a list of 25,646 FIRs where police failed to complete investigation within the mandatory 30 days. This failure is construed as an atrocity under the law. It is this fear that the March 20, 2018, judgement takes away from the state mac­hinery, which is legally bound to implement this law.

Another striking aspect of the 1989 law that sets it apart from all previous laws since 1938 is its aim to “prevent the commission of offences of atrocities” against Dalits and adivasis. The previous laws were designed to come into picture only after an offence has been committed, just like the Indian Penal Code. The 2018 judgement ignores this simple truth.

The outcry of Dalits and adivasis in the past week has brought in fresh revelations for the nation, the judiciary and the state machinery. The massive nature of protests proved that Dalits and adivasis are a pan-Indian community despite their many sub-castes and regional identities. They have now acquired a national character, with the young generation jumping in with social media networking and ready to confront the State and the judiciary. Dealing with the Act, we have understood that this law seeks accountability from the state machinery and prescribes punishment for its failure.

Of course, there is always the rare and negligible instance of the dominant castes misusing this law too against their rivals. And the judiciary should justifiably have intervened if such misuse was rampant and the conviction rate were as high as 90 per cent. But it actually fluctuates around a measly 16 per cent—and most convictions get overturned or stayed in the next court of appeal. The judiciary, then, should have been more kind to the oppressed millions of this country, who are more than 25 crore and whom the law protects.

Moreover, if a verdict in the Maharashtra case will impact every Dalit and adivasi across the country, then all state governments as well as Dalit and adivasi organisations should have been impleaded. This, too, is the failure of the state machinery to understand the seriousness of the case that was being heard in the Supreme Court and irresponsible behaviour on the part of the central government.

In India, communities can be seen as caste societies and political societies. The political societies have been dominated by caste prejudices, which have misused the state machinery in the name of caste-based traditions and customs. The Act was like a preventive medicine for this putrefying casteist society that commits atrocities with impunity on the hapless millions.

With its caste-ridden societies, this country cannot afford to take care of the accused at the cost of the victim. The accumulated rage of Dalits and adivasis has spilled on the roads because of the ineffective implementation of protective laws against unabated atrocities. The last straw was the failure of judicial intervention to “ensure prevention of atrocities”.

(Vinay Kumar is president of Dalit Bahujan Front, Andhra Pradesh, and Prasad was convenor of the National Coalition for Strengthening of POA Act)