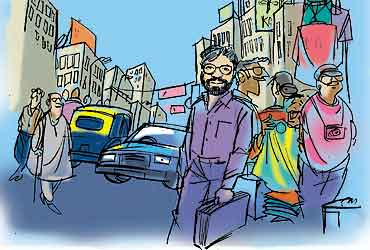 outlookindia.com
-0001-11-30T00:00:00+0553
Ever since September 11, Indian intelligence agencies have been emphasising the possible link between the three militants freed after the Kandahar hijack to the suicide attacks in the US. With the fbi following several thousand leads at the time, the Indian ones looked thin. But with the US intelligence agency zeroing in on one of the three released militants, Syed Omar Sheikh, the Pakistan-born British national and associate of Jaish-e-Mohammad chief Azhar Masood, as one of the key financial conspirators in the terrorist attacks, India's inputs are proving to be vital. Says a senior intelligence official who has been providing information to the fbi: "We impressed upon the Americans the close linkages and similarities between the Kandahar hijack and the US explosions. Some of those leads are coming good."

The critical lead provided by Indian intelligence was Omar's cellphone number—0300 94587772. According to intelligence officials, on February 3 this year, Omar was spotted at a bookshop in Islamabad's Aabpara Market, leafing through the latest edition of a 'Who's Who' on India. Sheikh had given his cell number to the shopkeeper. A resident of Rawalpindi, Sheikh was a frequent visitor to the Lal Masjid at the Aabpara market, also said to be a meeting point for militant groups.

The fbi investigators hit pay dirt during a routine check on the hard disk of the cellphone company Omar had subscribed to. The most damaging evidence that surfaced was his connection to the deposed isi chief, Gen Mehmood Ahmed. According to details now available with investigators, Omar had effected the transfer of $1,00,000 to Mohammed Atta, one of the kamikaze pilots who flew his Boeing into the wtc. The transfer, according to the fbi, was effected with the knowledge of the isi chief.

Gen Ahmed's links with Omar are well known. It was with the full support of the former isi chief that Omar and Masood launched JeM after the Kandahar episode. After their release, the two had met Osama bin Laden, believed to have provided the funds for the JeM launch.

Understandably, Omar's links with the isi and its military establishment have left Pakistan worried. His arrest could open up questions about Pakistan's role not just in the Kandahar hijack but the US bombings as well. Gen Ahmed's sack by President Pervez Musharraf on October 8 is seen to pre-empt that.

Interestingly, barely four years ago, Omar had been biding time at an unlikely destination, wanting to read biographies of Adolf Hitler and Stalin, arrogantly boasting of being no small fry and vowing that he would kill anyone who did not convert to Islam. He had been charged under tada for kidnapping four foreigners.

Omar languished in UP's Meerut district jail for over three years in a tada case before he was moved to Delhi's Tihar Jail, and eventually released. As part of its investigations in Meerut and Saharanpur, Outlook met people who closely interacted with Omar when he was a tada undertrial in the Meerut jail, and those who investigated and pleaded his case. They all remember Omar as a tough, militant youth with a sharp, calculating brain well capable of planning and executing terror acts with precision.

According to an intelligence official who had interrogated Omar as part of the routine questioning of suspected terrorists, the young man came through as arrogant. "He had boasted of taking on the western world, particularly the US. But it sounded more like a vague ideological position most militants take.He was not taken seriously," says the official. Omar also confessed to having raised funds in Britain for the Harkat-ul-Ansar and for setting up a network in the northeast. In a signed confession, he stated that he had trained under the isi.

Omar first came to the notice of Indian authorities after his unsuccessful attempt to seek Masood's release in exchange for one American and three British nationals he had kidnapped in Delhi. While the American was held hostage at Sahibabad, the three Britishers were chained and kept in a house under construction at the Khata Khedi locality in Saharanpur, UP.

Omar was later charged under tada for attacking the Sahibabad policemen who apprehended him in connection with the kidnapping. Another tada case was lodged against him in Delhi from where he had picked up the four foreigners.

According to police officials at the Meerut tada court, the terrorist activity charges against Omar could not be substantiated as he was not in the possession of any arms at the time of arrest. He was, however, sentenced under the Foreigners' Act with a three-year imprisonment as he had no valid documents for his entry into and stay in India.

Since most part of Omar's sentence was covered during his undertrial stage, he was moved to Tihar as he was already booked there under tada for kidnapping the four foreigners. Omar's tada case in Delhi was under trial stage when he was released after Kandahar.

Omar's counsel in Meerut, O.P. Sharma, has this to say of his client: "He was a well-built man who looked to be in his late 20s. He spoke English with a British accent. But he also knew Arabic, Urdu and even learnt to speak very good Hindi while living in Delhi. His father Sheikh Mohammed Yusuf, an affluent businessman in London, checked up with me almost every day about his son's case during the trial." Yusuf, says Sharma, was so concerned about his son that he specially appointed a panel of British doctors to examine his son while he was being treated for a bullet wound sustained in police firing.

Pleading for Omar was not too easy, says Sharma. "He was a fanatic to the core. He believed every non-Muslim is a kafir and must perish. He also said there was no concept of democracy in Islam. At times he turned very violent and behaved like a mentally-challenged person. He once beat up one of the deputy jailors at Meerut jail. He even tried to assault me saying I was not keen on getting him out. In the court he'd get very vociferous and would bully the judge and often made him translate statements from official Hindi to English."

Saharanpur jailor S.C. Shori, who was then deputy jailor at Meerut Jail and interacted with Omar, says: "Inside the jail he only confided in his two accomplices who were nabbed with him in Sahibabad (the two along with Omar were moved to Tihar and are still undertrials in the kidnapping case). He was very reserved and often read English newspapers." Not surprisingly, the only ones he interacted with were the British High Commission staff, under the close watch of Indian intelligence officials.

With the focus returning on Omar, the fbi is collecting every strand of information on him. Also on the American investigating agency's watchlist are Sunny and Quazi, the two hijackers of IC-814. Omar, however, will continue to be the crucial link in the probe into the September 11 attacks, according to Indian investigators.