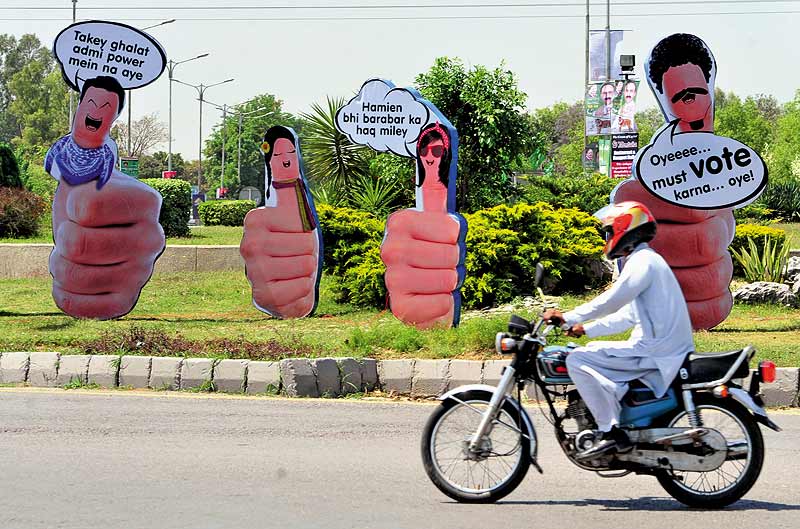 Elections 2013 will remain the most unpredictable polls in decades for Pakistan. This is largely because of several ‘imponderables’ that have cropped up. It’s a totally new situation. Around 40 million new voters—over 45 per cent of the total registered vote—have been added to the electoral rolls. Another 35 million voters have been wiped off as they were found ‘bogus’ during the digitisation of the rolls. We have no idea who used the bogus votes in early elections and how the new voters will act. However, it is safe to assume the youn­ger voters are likelier to favour the ‘youthful’ Imran Khan, who is all of 60 but smartly focuses his campaign on the youth bulge (perhaps the biggest in the world, with 65 per cent of Pakistan’s population aged between 18-35).

Another factor is that the ruling party former president Gen Pervez Musharraf tailored before the 2008 elections, PML(Q), has been reduced to a few electable individuals, disowning its mentor. The vacuum has been largely filled by Imran Khan’s Pakistan Tehreek-e-Insaaf (PTI), which has emerged as a mainstream player after 17 years of gestation. It boycotted the last elections in 2008 and was a non-entity in 2002. Imran has generated immense hype around his party by bringing forth 90 per cent new, mos­tly young candidates but we have no statistical means to predict how his party will fare in the coming elections.