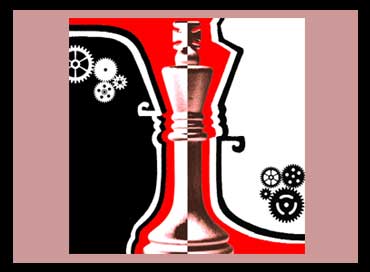 outlookindia.com
-0001-11-30T00:00:00+0553
When Sir Richard Hadlee saw footage of himself bowling the last over of a long day, he said, "That's odd, I don't look tired!" Like many great sportsmen, Hadlee had taught himself to do a difficult thing so well that he made it look easy.

A mental athlete like Viswanathan Anand also has that magical ability. The 38-year-old has won his third world championship and, uniquely, done so in three different formats. His victory against Vladimir Kramnik in the match in Bonn unifies the 122-year-old world title.

The sheer magnitude of his feat is only grasped when one understands the previous confusion. By some counts, Anand is the 15th world champion. By others, he is the 19th. Garry Kasparov was No. 13. But after Kasparov quit the International Chess Federation (FIDE) in 1993, the system came apart.

FIDE held title contests. Kasparov, who remained No. 1 in the world rankings, organised a parallel set, beating the young Anand by a big margin in 1995. In 2000, Anand won the FIDE title. Simultaneously, Kramnik beat Kasparov in a match.

No other chess champion has had to work so hard. In 2000, Anand won knockouts (KOs) against eight opponents. In 2007, he beat seven GMs in a double round-robin. In 2008, he won a head-to-head match against his nearest rival. Each format demanded different skills and perhaps nobody else has the versatility. Kramnik and Topalov have failed at KOs, Kramnik in tournaments, Topalov at head-to-heads.

In the Mexico round-robin and in Bonn, Anand showed near-inhuman ability to stay focused. His key rivals enjoy political support. Topalov is bankrolled by the Bulgarian president. Kramnik is backed by the Kremlin-controlled Gazprom. Formats have been changed to suit them. Not intimidated, Anand concentrated on playing better chess.

His preparation for Bonn was also far superior. Chess players train to recognise many little patterns, and to marry those harmoniously. A close analogy is music with its chord progressions and melodic sequences. A top-flight GM learns to decode harmonics of style and how to jam those harmonics. Pros study each other's games, seeking discordant notes. They try to reach situations where they themselves are not prone to false moves and their rivals are.

This is done with the help of human seconds and with massive silicon intervention, involving many programs and million-game databases. Anand, admittedly, has targeted Kramnik since April and, vice-versa. He spent up to 10 hours a day sitting in his basement, dissecting Kramnik's games. By October, he could instantly identify any position Kramnik had ever played, with 95 per cent accuracy.

In contrast, Kramnik hired top 10 GM Peter Leko backed by strong GMs Sergey Rublevsky and Laurent Fressinet. But nobody in that team is an 'Anand clone' and nobody has that x-factor.

Anand also reinvented himself to negate much of Kramnik's preparation. Until 2008, he opened with the Queen's Pawn (1.d4) in only 6-7 per cent of his games. At Bonn, he played 1.d4 five times in succession, switching back to 1.e4 in the very last game. In terms of difficulty, switching initial moves is comparable to a right-handed batsman switching stances in a Test—Anand had his worst-ever result just before Bonn in Bilbao (where he stayed away from 1. d4). Or, was Bilbao a ploy to induce over-confidence in Kramnik's camp?

Anand's preparation and focus made the task of taking and defending the title look deceptively easy. He won Mexico with something to spare and won comfortably at Bonn.

The next two generations of Indians have picked up the baton. If they and their successors can maintain the same focus as the affable Chennaiite, he will be the first but certainly not the last Indian to win the world title.