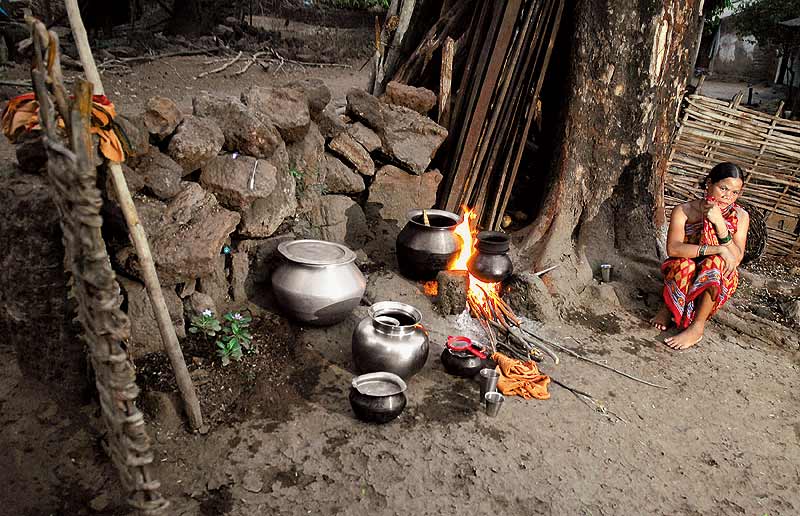 The UPA-II government’s flagship programme, the Food Security Bill, which comes with a neat price tag of Rs 1.23 lakh crore, holds the promise of eradicating hunger. If passed, the bill, it is expected, will ensure foodgrain to 67 per cent of the poor. Surely, with elections round the corner, no political party can risk opposing it. But they have indeed opposed it.

The AIADMK, led by Tamil Nadu chief minister J. Jayalalitha, is opposed to any bill from the Centre; she has been tom-tomming her achievements in huge ads in many dailies. The Tamil Nadu assembly even adopted a resolution that it would oppose the bill. The state’s PDS covers all, and is linked to other schemes, such as those offering rice at Rs 2 per kg, free school lunches and maternity benefit schemes—all of which have good track records.

Chhattisgarh chief minister Raman Singh, of the BJP, wrote to the prime minister this February, cautioning against the cash transfer proposed under the bill. The state passed its own food security bill five months ago and claims that its PDS network covers 90 per cent of the population. The BJP holds up the state as a shining example of good governance and its PDS of equitable distribution. Raman Singh believes a good PDS is the responsibility of state governments and any change should be done only with their consent. He has also sought exemption from implementing cash transfers, arguing that fluctuations in market prices and the inability of banks to handle the logistics might inconvenience intended beneficiaries. Bihar chief minister Nitish Kumar, too, has dissented: he seems worried that the overriding powers of the Centre in deciding the numbers of poor in a state could end up imposing a bigger welfare burden on his government. This argument also comes from other states. One bureaucrat says, “The Centre wants us to identify the poor according to the standards set by it. This is unacceptable. The figures it has are a decade old. Already, we are incurring additional costs in universal coverage of the population.”

A survey published in the Economic & Political Weekly two years ago found that nine states had done away with the APL, BPL and Antyodaya categories and offered universal coverage. The PDS in some states provides pulses in addition to foodgrain. What the UPA’s food bill proposes is much less. A bureaucrat of Chhattisgarh says that already, in most states, 88 per cent of the target population gets adequate foodgrain. So what’s the big deal about a food security bill? 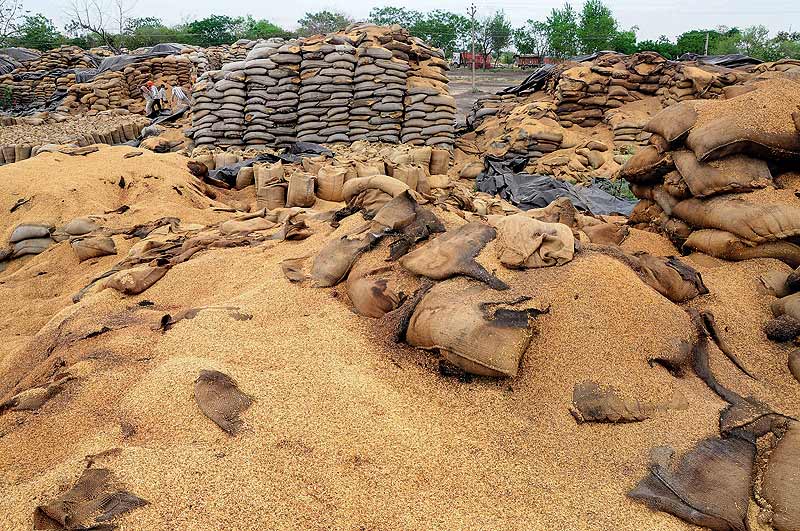 Here’s the Congress-led UPA’s dil­emma. The government is in a crisis of credibility, and in a desperate bid to reaffirm its commitment to the poor, the party introduced the food security bill at the fag end of the budget session. But the Opposition refused to play ball. As early as in June 2009, former president Pratibha Patil had announced the food security bill. What took the Congress so long to show its aam aadmi hand? And why the tearing hurry now?

The granaries are overflowing this year. It will be up to the government to see the grain isn’t wasted, like in the past.

The Congress offers a meek defence, accusing the BJP of preventing the government from introducing an important bill. Even if the BJP goes along, there’s tremendous resistance—and not just from BJP-ruled states. At least 12 states have flag-marked their concerns. Some already have good distribution networks; some worry about additional burdens the Centre’s scheme might impose; most don’t care for a UPA bill patently aimed at vote-catching in 2014. As a last resort, the Congress could always say, “We brought the law. The states are not implementing it, and they oppose it, so vote us back to power.”

One of the main weaknesses of the bill is that it sets no time-frame for implementation. All it says is, “The states have to show preparedness before implementing the bill.” And here is what experts predict: Congress-ruled states will keep silent, non-Congress-ruled states won’t touch a bill that promises less than what they already give the poor. “Many states are already giving 35 kg foodgrain per family of five every month,” says a bureaucrat. “Why should they roll back the allocation to the 25 kg the bill envisages?” Especially when nutrition standards say a family of five (an “average” family, by official reckoning) needs some 54 kg of foodgrain?

Vilas Muttemwar, chairman of the parliamentary standing committee on food, consumer affairs and public distribution, which cleared the bill early this year with a dissenting note from the Left, says, “Why should states oppose the bill? It will only mean additional money.” As for the BJP’s stand, he says BJP member Capt Solanki, who was on the committee, was in favour of the bill and the committee had cleared it.

Nobel laureate Amartya Sen has lent his weight to the debate by urging parliamentarians to pass the bill. He  points to the human price of hunger, saying that delay will be disastrous. It’s an opinion much valued. But the UPA will have to do more than come up with a vote-catcher. The granaries are overflowing with this year’s record harvest of 637 lakh tonnes. By winning over the states, it will have to ensure the grain doesn’t rot away the way it often does.

The Sheriff Is Secular?