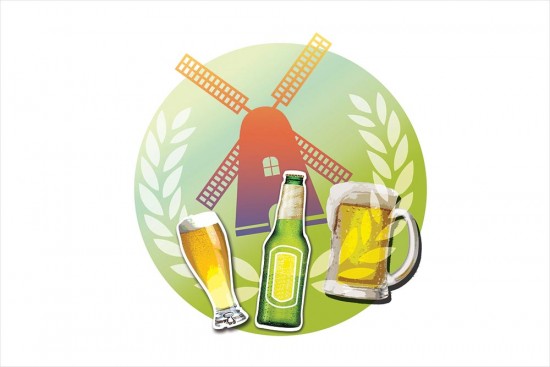 On this page a decade ago, I described a memorable pub crawl sampling 30 bra­nds of single malt whisky in and around London’s Pall Mall in one evening. The residual hangover lifted this year, only to be replaced with one spurred by beers downed in Amsterdam. Belonging to the legendary Gorkha regiment, my beer-drinking prowess is widely recognised and was once measured in the Solan brewery with streams of Lion Lager. I recall in Katanga, Congo, the salary of the local gendarmerie was paid weekly in bottles of Simba beer. On a counter-insurgency mission with the United Nations, one could easily sniff out the enemy.

Like the single malts of Scotland, there are hundreds of Dutch beers beyond Heineken and Amstel. In Amsterdam, first head to the city’s most famous beer-guzzling hole, Brouwerij Tij, located near the windmill along the Nieuevart canal. Then, head to the cheek-by-jowl Bar Langendijk and finish off at the nearby YouBetter.