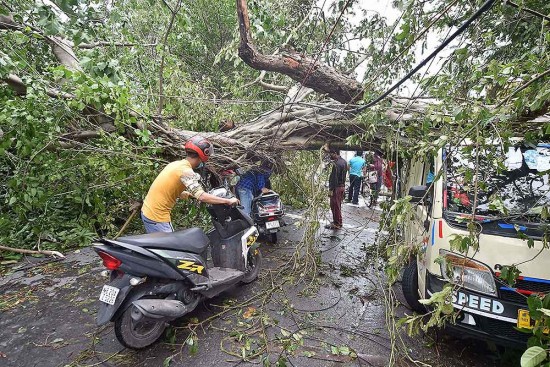 The Calm After The Storm

My breakfast show on Radio Mirchi has been back on air for over a week. It could not have been better-timed—as Calcutta and its suburbs, especially the two Parganas, North and South, limp back to normality, what better tonic than some happy songs from the nineties for a melodious start to the day.

Music’s therapeutic value is immense and if the lyrics match the mood and context, the impact is manifold. Kabir Sumon’s famous number Hal chherona bondhu (Do not lose hope, friend) is the template of our show. It is the appropriate number to lift the morale of Bengalis reeling under two deadly Cs—COVID-19 and cyclone.

Amphan caught Bengal by surprise. We did experience Aila in May 2009. I was shooting in Rashbehari Avenue then when the cyclone struck the city, but Amphan was far more debilitating. Such devastation due to a storm happened last in 1737. Bengal is used to storms this part of the...