'Americans Are In A Political Blindness'

Author of The Idea of India, Sunil Khilnani is currently director of the South Asia Studies Program at the Johns Hopkins University. Excerpts from an interview: 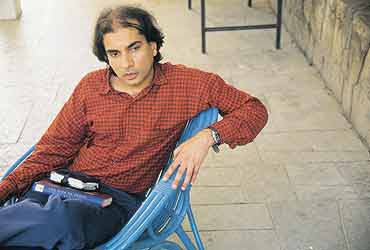 Globally, most people were rooting for Kerry. Does this verdict symbolise the intellectual/emotional isolation of the US?
First, it shows how deeply interested the world was in this election. In a way, the global interest showed how close-up America appeared to the rest: where once it loomed in their dreams, now it is beginning to loom in their nightmares. It's a dangerous moment. America itself is in the grip of an ugly mood, fearful and snarling at the world; and the rest of the world slipping into a resentful, destructive anti-Americanism.

Most Americans seem to feel Bush was right on Iraq, that he'd done enough to get bin Laden. Clearly there were monumental errors of policy along the way.
Americans seem to be in the grip of a deep political blindness. The first Bush administration is indeed responsible for monumental blunders, yet hasn't been held accountable. This has to do with fear: 9/11, and the way it was interpreted, has made Americans feel they are surrounded by enemies. There is a sort of garrison mentality: the 'green zone' in Baghdad symbolises this; as do the new restrictions on entry into the US.