Ambedkar Is Proof Of Hindu Pluralism

Why we didn’t send liberators like him the Joan of Arc way, or declare them kafirs 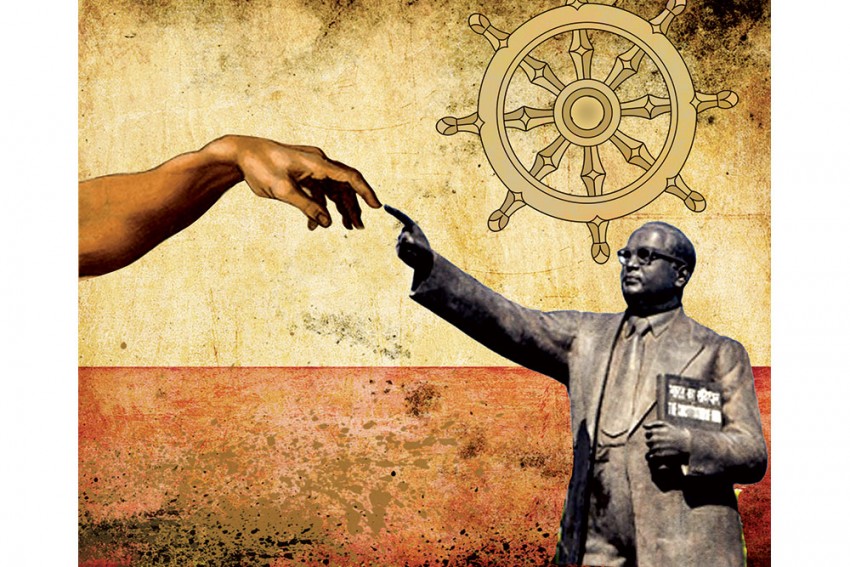 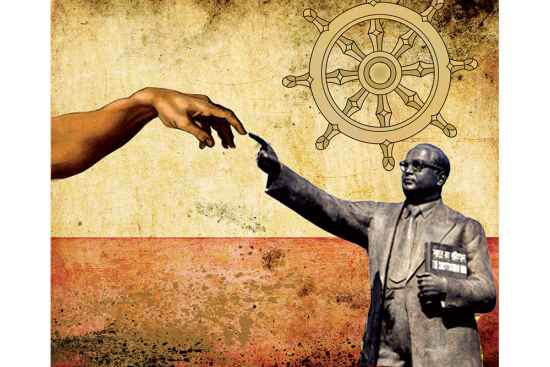 The glory of Mother India reigned supreme in Ambedkar’s mind. In Riddles in Hinduism he concludes, “The time has come when the Hindu mind must be freed from the hold which the silly ideas propaga­ted by the Brahmins have on them. Without this liberation India has no future.” Who would disagree with him?

It was the future of the nation that worried him and rightly so. If the depressed classes had remained in the shackles of “touch-me-not-ism”, to borrow Viv­eka­nanda’s words, India would have seen more bitter class war, bringing us all even more ignominy. It is, in fact, quite meaningless to quote scripture and old sacred books which have not inspired or guided the vast majority of Hindus to break out of their aloofness towards the woes and pain of the scheduled castes, who, even today, are vulnerable to recurrent atrocities such as Gohana (Haryana) or the brutal killings of the Sankars for marrying “your high-caste Kousalyas”. The widowhood of Kousalya demands an answer from all Hindus and Ambedkar’s Riddles encapsulates all that angst accumulated over the ages.

The result of the sermons and elite sessions of spiritual leaders must be seen on the ground. Of course, most social leaders who stood against the discriminatory Hindu mindset and tried to shake society up for the good of all were Brahmins or belonged to elite castes (including Baba­saheb’s ‘guruji’, whose Brahmin caste name, Ambedkar, he wore all his life). Yet, the road left to be travelled remains long and difficult. Haridwar-Rishikesh preachers and sadhus living in luxury have not seen the dangers their attitude towards the sch­eduled castes is inviting. Ambedkar’s lathi was meant for such hypocrites.

Ambedkar tried to change the Hindu mindset while remaining a Hindu, but he failed. So he said, “A big tree of ills can’t be demolished with blades, the task requires a mighty axe.” His harsh words were add­ressed to the new followers of Buddha, the god of karuna, prajna and sheel. To sever forever the cord with old, fossilised beliefs that didn’t help them all these cen­turies, Ambedkar needed a hard-hitting message and that’s what Riddles in Hinduism is all about. The motive was honest and dedicated to national rejuvenation.

This was nothing new for the Hindus, who have down the ages experienced such churning not once but again and again. Charvak questioned the Vedas and never believed in the theories of rebirth and karma; Nakkiran challenged Shiva; Thiruvalluvar mocked at the meaninglessness of ostentatious ways of worship and living. More recently, Dayanand Saraswati took up the Pakhand Khandini Pataka (flag of the ‘demolisher of Hindu hypocrisy’) and hit hard at the blinding illogical practices of the Brahmins, while Vivekananda kickstarted a new awakening by attacking the dehumanised ways of treating those who are our own flesh and blood. Sankara, Kabir, Nanak, Chattrapati Sahuji Maharaj, Ram­mohun Roy, Ishwar Chandra Vidyasagar and innumerable other saints and leaders of social change have been questioning without fear the long-held beliefs of the Hindus and have often branched off with a new sect or faith-stream.

Questioning all that Hindus hold sacred—gods, Vedas, polytheism—Amb­edkar even ridiculed them for worshipping a Muslim pir and not being steadfast like the Jews who stood firm before King Nebuchad­nezzar. He quoted extensively from scriptures and his comments were always inc­­isive. The intention was to wean his followers away from what they had been bel­ieving in so they could be clear in their head while embracing the new faith.

Ambedkar’s honesty of purpose and transparent faith in India won him laurels from even those who disagreed with him on many counts. In his inspiring speech at Deeksha Bhumi, Nagpur, he said he was fulfilling his promise to Gandhi that while converting he would make sure to keep the threads of culture unharmed. The fact that he created the Hindu Code Bill and put Neo-Buddhists too under its ambit shows his heart was in the right place.

All this has only strengthened the nation. Thank god, we didn’t send these liberators the Joan of Arc way or declare them kafirs! This helped India become more powerful, more vibrant, more attuned to the new world where the scientific outlook is emb­raced without hesitation.

Ironically, today it is the ‘secular’ discourse—a form of blind faith in which caste is the principal tool in the power struggle and hateful intolerance for other faiths rules the roost—that is rev­ersing all that Ambedkar stood for. Indeed, his principles are threatened more by Left-jehadi-caste­IST elements that poison the social milieu by assaulting our national ethos—one that has always lived with different viewpoints—and hurting the nation’s future as a progressive pluralistic society.

These Arrows Don’t Miss Their Mark