Alms For The Killer 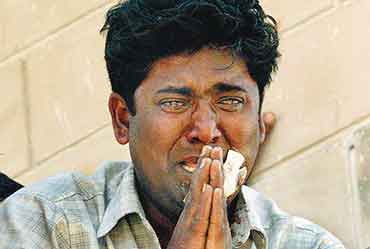 In an 80-page report—In Bad Faith? British Charity and Hindu Extremism—released in the House of Lords on February 26, just before the second anniversary of the post-Godhra Gujarat carnage, ASAW has urged the UK Charity Commission to revoke the charitable status of Hindu Swayamsevak Sangh-UK (HSS-UK), VHP-UK and Kalyan Ashram Trust-UK (KAT-UK), all part of the Sangh parivar, and act against their trustees for keeping unsuspecting British donors in the dark about their affiliations and funding of extremist RSS organisations on the sly. ASAW has also appealed to donors, politicians and organisations to refuse funds to these outfits and publicly dissociate from them.

The ASAW report, dedicated to those who died in the Gujarat riots, begins with the story of a victim of the post-Godhra carnage and goes on to say that those at the receiving end got no assistance from either the Sewa International-UK (SIUK) or the HSS. The report alleges this was because many of the Sangh organisations involved in the rioting were being funded by their UK-based fraternal organisations. The report reads: "Most striking of all was the behaviour of these organisations in the wake of the Gujarat carnage in 2002, which left 2,000 dead and over 2,00,000 displaced and languishing in refugee camps. The response of the SIUK, the HSS, the VHP, the National Hindu Students Forum and every other UK Hindutva group to appeals for humanitarian relief was silence. This was despite considerable coverage of the carnage in the UK media and desperate appeals by secular Gujarati NGOs. This is not surprising: the majority of the victims were Indian citizens who were Muslims.They were victims of the VHP, the RSS and the Vanvasi Kalyan Samiti, organisations which are promoted and glorified by the HSS-UK, the VHP-UK and the SIUK." The report goes on to say the money collected after the Gujarat quake and Orissa cyclone had all gone into funding groups that promoted communal hatred.