Allure Of The Demonic

Hate has become respectable now. But Savarkar and Jinnah had understood this maxim long ago. 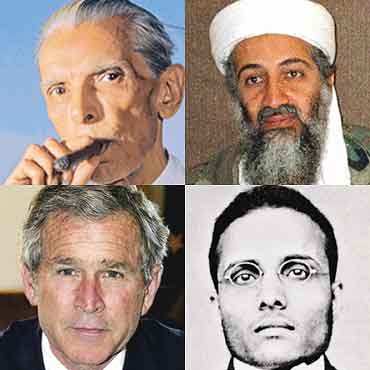 outlookindia.com
-0001-11-30T00:00:00+0553
The nineteenth century saw two key self-corrections in Europe's intellectual culture. First, Sigmund Freud rediscovered the continuities between health and ill-health, sanity and insanity, and normality and abnormality; he insisted that human beings were not even masters of their own selves. This humanised the mentally ill and the criminal, and saw them as victims of the same forces that shaped normal persons and everyday life. What psychoanalysis did for the individual, socialist thought did for societies. It rejected conspiracy theories of political economy and declared social pathologies—individual and collective—as products of impersonal historical forces. In it there was ample scope for resistance and violence but not for hatred.

Early post-war studies of prejudice and violence—particularly the most ambitious and influential of them, the massive study of the fascist mind done by Theodor W. Adorno and his associates—inherited these traditions. They worked in a milieu where there was much tiredness with cruelty, hate and gratuitous violence. By studying the authoritarian personality as a clinical case, they avoided being trapped by the paranoiac, hate-filled world of European fascism itself. The fascist did not become a term of abuse for them or fascism a demonic possession.

There has been a reversal in recent years; hate has become respectable, especially when directed against the hateful, whether the target is Osama bin Laden or George Bush. While ethno-religious extremism demands a one-dimensional, heroic picture of sacrifice and martyrdom, those fighting it fear that any humane treatment of the subjectivities of the extremists will only legitimise the enemy. Both fear that the enemy may not turn out to be an alien infra-human species, but a dangerous human potentiality within each of us. The recent proliferation of Partition studies is caught in this fear. The more we re-examine the heroes and the villains of Partition and discover shades of grey, the more anxious become those who cope with the pain of Partition by setting up rigid borders between the angelic and the demonic.

A good example is the recent controversies around South Asia's two favourite and archetypal villains of Partition, Vinayak Damodar Savarkar and Mohammed Ali Jinnah. Both represented the westernising, urban middle classes dreaming of European-style nation-states—homogenised, secular, backed by modern science and technology. Both wanted their compatriots to move out of their traditional, community-based self-definitions and get reborn as European-style nations, convinced that the Hindus and the Muslims were only incidentally the carriers of two distinctive religions, having diverse, community-based cultural bases, and were actually ill-formed, sleepwalking crypto-nations that had not actualised their potentialities.

When Savarkar propounded his two-nation theory, it was some years before the Muslim League embraced the idea. His pioneering role in this respect was recognised. Historian R.C. Majumdar, an admirer of Savarkar, thought he knew wherefrom the League got its inspiration; it "took serious notice of the frank speeches of Savarkar". But the idea was not entirely Savarkar's either; he had borrowed it from European thinkers like Giuseppe Mazzini. Only the likes of Mazzini did not include in their repertoire an ideology of hate, as Savarkar did. Indians had to learn to shed, Savarkar said in 1925, soft values like "humility, self-surrender and forgiveness," and cultivate "sturdy habits of hatred, retaliation, vindictiveness". He also seems quite miserable that his heroes, Shivaji and Chinaji Appu, did not rape Muslim women, "because of then prevalent suicidal ideas about chivalry to women, which ultimately proved highly detrimental to the Hindu community".Savarkar may not have been a loveable character but he had a Brahminic respect for ideas. When Mohammed Ali Jinnah began to go places with his two-nation theory, Savarkar was honest enough to say: "I have no quarrel with Mr Jinnah's two-nation theory.... It is a historical fact that Hindus and Muslims are two nations."

I have come to the conclusion that the lives of such stalwarts can be read as a story of the limits of nineteenth-century modernity, scientific rationality and political realism rather than that of a particularly noxious form of religious nationalism. For even their attitudes to Hinduism and Islam—and to Hindus and Muslims—were primarily instrumental. Their rationalist, anti-clerical selves had concluded that only religion could be an efficacious building block for nation- and state-formation in South Asia and they did not know where to stop. I must also note that in their impersonal, reified, scientised ideas of statecraft and politics, there was not much scope for emotions. The aloof ruthlessness came packaged in an arrogant trust in one's own cleverness and strategising skills and one's reading of history. It was as if, through them, all the South Asian faiths were readying themselves to flirt with the Dionysian in human personality by participating in an inescapable evolutionary transformation. Neither seemed terribly disturbed by the death of more than a million people in the violence of 1946-48. Like European colonialism and racism, both drew upon modern knowledge systems, particularly nineteenth-century biology and eugenics, and saw themselves as responsible for doing the dirty work of history.

Jinnah's case is more tragic. Westernised, given to constitutionalism, perfectly secular in personal life, his role model was the liberal Gopalkrishna Gokhale. Yet, though Jinnah shunned the ulema throughout life, he was perfectly willing to use them to create a separate homeland for South Asian Muslims. Exactly as Savarkar, despite all his rhetoric, not only established coalitions in Sindh and Bengal with the Muslim League, but was proud of them. But, unlike Savarkar, Jinnah tried to break out of the mould. In his famous speech of August 11, 1947, he spoke of an inclusive Pakistan. Himself a Shia, he included in Pakistan's first cabinet an Ahmadiya as the foreign minister and a Hindu as a law minister. Sadly, it already was too late. Religious nationalism has its own logic. Once unleashed, it becomes a self-sustaining force having its own agenda.

The history of state formation in the modern West is a story of how religions, denominations and ethnicities were bludgeoned into nationalities. For those entering the domain of history for the first time in Asia and Africa, the temptation is not only to construct one's own history, but to read into Europe's history one's own past and future. Even when these neophytes produce their own history, the categories and concerns remain "universal" or European. When deployed as an evolutionary grid to an Asian or African society, such history permits only one conclusion: unless one builds a nation, whatever its cost in human suffering, one cannot get justice in either the national or the global sphere.

Savarkar and Jinnah were not as culpable as many like to believe. Like most Afro-Asian nation-builders, they were obedient and obsequious pupils who sought to duplicate European history in our backyard. The so-called villains of Partition were also victims of their times. They represent, in a grotesque form, one temptation inherent in the South's encounter with the global nation-state system and the South's deep need to internalise what Rabindranath Tagore called 'the motive force of western nationalism'. That temptation was not confined to them and inheres in all who dream of working with a tamed version of secular nationalism in the Southern hemisphere.


(Senior Fellow, Centre for the Study of Developing Societies, Nandy's books include The Intimate Enemy: Loss and Recovery of Self under Colonialism)

Letting Go Of The Past