They say black is beautiful, but the colour that opens doors is still the one closer to white 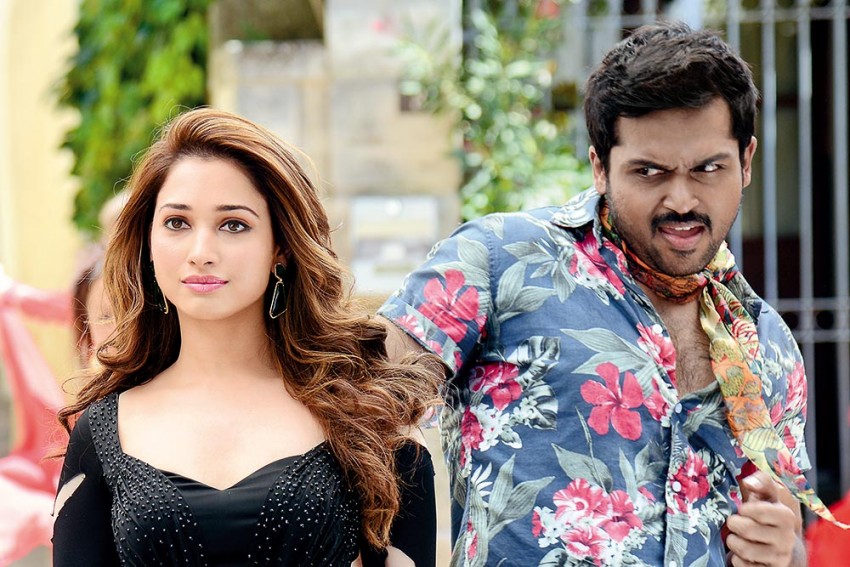 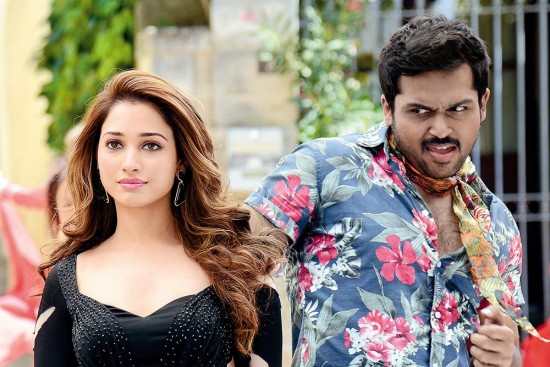 In 2000, Tamil lyricist Pa. Vijay wrote a film song “Karuppudhaan enakku pidicha kalaru” (Black is my favourite colour) that immediately struck a chord among Tamilians. The heroine of the film Vetri Kodi­kattu (‘Fly the victory flag’) sings about why she loves the hero even though he is dark-skinned. The song ends with this punch line: “Our superstar Rajinikanth is also black. Black is indeed beautiful.”

Seven years later, Pa. Vijay gave Rajinikanth the pinkest colour—“a basket full of sunlight and moonlight has come toget­her for my white skin”. A computer graphics-corrected Raji­ni­kanth glittering pinkish white sings that “style is all about colour” as he gyrates with Shriya Saran in the film Sivaji.

So which is the real Pa. Vijay? “Definitely the first one,” he says. “That song asks Tamilians to be proud of their dark skin, wear it confidently as a symbol of their identity and not see it as an insult. Those lines were written from the heart for my Tamil brethren.” The second song, he explains, was written for a scene to suit a particular context where the heroine rejects the hero for his dark skin, though she actually loves him, and the hero daydreams about having a fair complexion.

Vijay may be sure of his choice, but not all Tamilians are—many of them are torn between being born dark and yearning to look like the fair Rajinikanth of the Sivaji dream sequence. A lighter skin tone continues to be a privileged visiting card in the job market, marriage scene and in the entertainment industry. The dark-skinned suffer an unfair disadvantage prima facie. Aarthi (name changed) rues how she lost a front-office job to another girl who was fairer, but certainly did not “match my communication skills”. Though she was recruited for ­another post in the same organisation, she eventually came to occupy the front office as “my new manager looked for a pleasant communicator and not just someone who looked fair”.

In Tamil cinema, particularly, the preference for fair-skinned actresses is impossible to ignore. The state has exp­orted its fair ladies like Vyjayanthimala and Hema Mal­ini to Bollywood, but retains a fascination for fair-skinned beauties from the northern states. During the 1990s, Simran, a Punjabi, dominated the Tamil screen along with ­Khushboo, Nagma and her sister Jyothika. Since then, many more from the north, all fair-skinned, have stepped in—such as Tamannah, Kajal ­Aggarwal, Taapsee Pannu and Hansika Motwani.

The urge to look fair has only increased footfalls in beauty parlours and clinics of dermatologists and cosmetologists. “South Indians are great believers in whitening and brightening,” says C.K. Kumaravel, co-founder of Naturals, the country’s largest beauty parlour chain. “Facials and other treatments that lighten the skin tone are instant sellers in our parlours. Women continue to dominate this segment, though more and more men are also going for facials now.”

On the flip side, the overuse of steroid-based creams to lighten skin tone has patients scurrying to dermatologists with exactly the opposite effects. “They end up with over-sensitive skin, rashes, pimples and even facial hair, which are unforeseen side-effects of steroid-based creams ordered online or handed out by unscrupulous beauticians,” says dermatologist Maya Vedamurthy. “They have the exact opposite effect on some patients as they tan the moment they step out into the sun. Even the Japanese and Taiwanese, who are much fairer than South Indians, want to look fairer and are the largest market for fairness cream in East Asia.”

This premium on white skin could also be attributed to the political success of M.G. Ramachandran and J. Jayalalitha. “He resembles a rose” used to be the standard reference to MGR as he moved amidst a sea of dark-skinned admirers. “It is doubtful if a darker version of Jayalalitha would have been as successful,” late AIADMK MP Valampuri John used to quip. “Tamilians are suckers for fair skin, so they fell for Indira Gandhi and Rajiv Gandhi too.”

Though Karunanidhi and his son Stalin are definitely not dark-skinned by Dravidian standards, the DMK veteran once chided a photographer when he stopped clicking his pictures during a magazine interview. “Had it been Amma (Jayalalitha), you would never stop clicking as it is easy to shoot her white skin,” Karunanidhi had derided the lensman, who later observed: “That’s true as it is a photographer’s nightmare to find the right balance between the dark skin tones of Tamil leaders and their white shirts.” The curiosity that Jayalalitha’s niece Deepa recently evoked was her resemblance to her aunt not just in looks, but also in complexion, especially in comparison to a much darker Sasikala.

For Tamilians wary of describing themselves as dusky or dark, the term ‘wheatish’ comes in handy. It is almost a cliché in describing a bride’s complexion in matrimonial websites. “Girls with wheatish skin tones have been winning our Miss Chennai beauty pageants in recent years,” says pageant organiser Shobha Ravishankar. “Our winners since actress Trisha, who won our first show in 1999, have been relatively dusky. It shows our judges focus on other elements such as how a woman carries herself, her confidence and how she ­interacts. Fair complexion alone is no ticket to victory in a beauty event.” Interestingly, Ravishankar found participants of the ‘Chennai Man’ contest devoting more time to lightening their facial tone before the event.

But now the times are changing. In the entertainment ind­us­try, the space for performers with darker skin tone has ­increased, with actresses such as Amla Paul, Lakshmi ­Menon and ­Aishwarya Rajesh featuring in hit films. “The credit for choosing heroines only for their performance and not their skin tone should actually go to veteran director K. Bala­chander, who gave ample scope to dark-complexioned heroines such as Sreevidya, Premeela, Saritha and Sujatha,” points out actor Kavithalaya Krishnan. 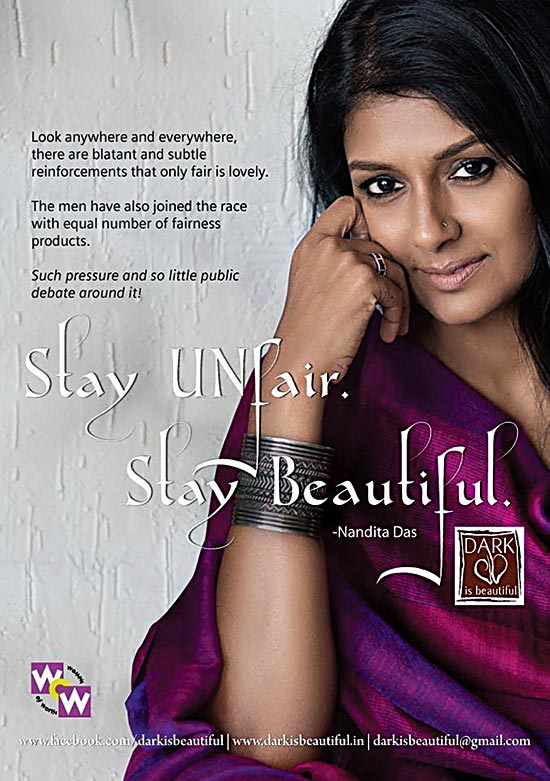 In civil society, too, a movement against “fair skin preferred” is gathering steam. Kavitha Emmanuel, Chennai-based dir­ector of ‘Women of Worth’, got Nandita Das to endorse her ‘Dark is Beautiful’ campaign, with the tagline “Stay Unf­air, Stay Beautiful”. Kavitha also led a protest in Mumbai against Shahrukh Khan’s endorsement of Emami’s ‘Fair and Handsome’. “When we could not meet him, we met Emami chairman R.S. Goenka to lodge our protest against promoting fairness creams for men or women,” she says. Her group has been specifically targeting college students, urging them to not let their skin colour affect their self-esteem.

“Technology, too, is indirectly promoting fair skin,” rues Kavitha, pointing to the Oppo mobile phone commercial that promotes it as a selfie expert. “The ad featuring Sonam Kapoor and Hrithik Roshan advocates tone bias by promoting its ‘selfie touch up’ software, which artificially lightens and brightens the model’s face.”

Dancer and choreographer Aparnaa Nagesh, who refuses to accept shows if any client comes looking for dancers who are “tall and fair”, says, “This is a visual art and it should be about skills and presentability. Instead, they first tick the shape and colour boxes. Even well-meaning persons come up with such preferences, perhaps due to social conditioning. Many of my relatives, too, are guilty of it; they used to say I may be dark, but ‘still’ have good features.”

The mantra “be dark and be successful” is slowly gaining ground, thanks to blogs and soc­ial media posts against the fairness craze. Dr Maya Vedamurthy usually poses one question to her patients wishing to look fairer: “Will that make you more successful than Rajinikanth?”

A Family Reined In By Ambition