All Wired, No Place To Go 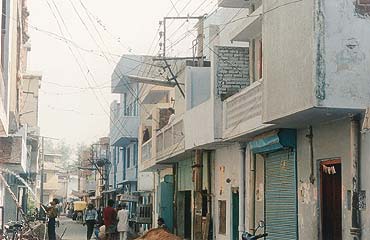 So, how do these thefts happen? In industrial areas like Bawana and Mongolpuri, ice-block makers do it at night and by force; NDPL investigators are beaten up. In residential areas like Rajpur Road, they do it by installing a "dubby"—a 7x5-inch box which stops the meter from running. There is an improved version too for electronic meters, complete with a switch and remote, which even makes the meter go back to the desired level.

Of course, this is only the tip of the iceberg. According to industry chamber PHDCCI, which started an efficient energy campaign last year after signing an MoU with the Delhi government, the Tata-group NDPL has made public its entire metering and distribution loss list to it. The two Reliance-owned BSEs companies have said they have just completed metering exercises and that it will take at least four months more to compile the full losses list. Till then, the real extent of the theft in the notorious trans-Yamuna and south Delhi areas will remain hidden. Chief minister Sheila Dikshit has been all help so far to tackle thieving factories and slums. Delhi has a 38 per cent T&D loss rate, no surprises that it’s the highest in the country.