All We Hear Is Studio Ga Ga

A partisan media propped Modi up. It must watch its own back now. 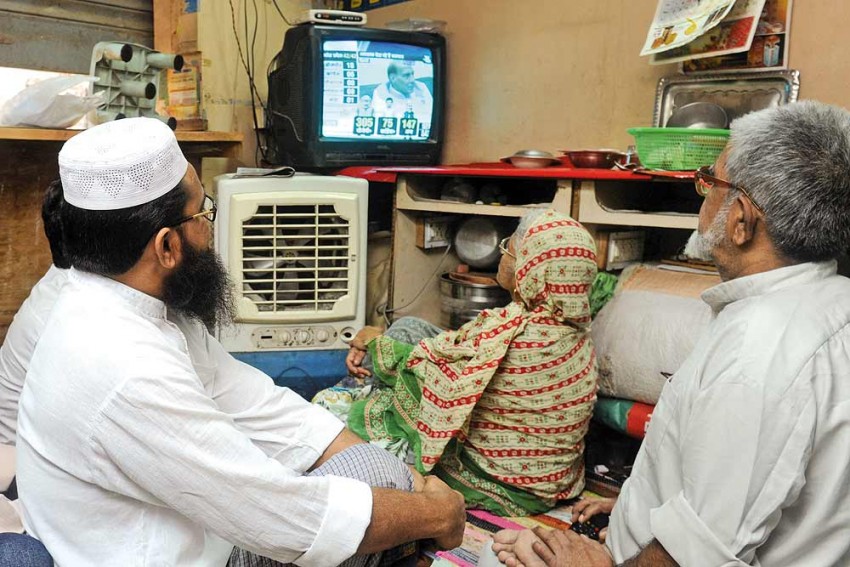 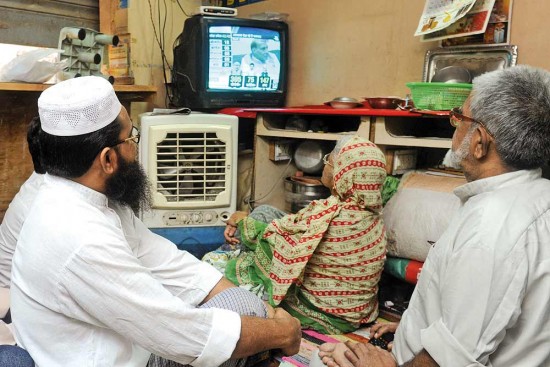 Saw It, Said It, Bore It

Funny, it now seems every election is determined by the people who show up in the media today. If there was one running theme that split the political class in half in the raucous media debates this election season, it was the safety of the country’s civilising diversity—with one side proclaiming it was the keeper of the faith, the other looking threateningly to pulverise it into one homogenised mass. But lost in these loud debates was the woeful loss of plurality in the media itself, its total lack of pretence in presenting election 2014 as the splashy, vibrant pageant of a crowded democracy.

Mainstream media simply ignored the myriad candidates, issues, contradictions, challenges, paradoxes and flaws of this extraordinary spectacle and put their evangelising might to make this election a Modi monolith gig­—indistinguishable and interchangeable in topics, debates and faceoffs in newschannel after newschannel, newspapers and news magazines. Where was their much-vaunted diversity of opinions and information, pan­orama and perspective? Impartiality was thrown to the winds as partisan chat shows and debates gambolled onscreen, gleefully presenting itself as hard news. It’s the age of the messianic media.

At the heart of this shrill-speak of  punditry lies the completely dis­pro­portionate numbers of viewership and its corresponding influence—English news viewership stands at a piddling 0.23 per cent, Hindi News at 3.18 per cent, and regional news at 2.78 per cent. The highest viewership is sco­oped by Hindi entertainment—30.01 (all figures from media site The Hoot). But this skewed and lopsided data is shoved and overrun by what we shall call the Delhi Decibel: the bellicosity of the capital’s news anchors, whose judgemental journalism and courtroom theatrics of instant right and wrong pronouncements has bizarrely crashed its way into national conversation.

This is so much the case that probing reportage, investigative journalism and insightful commentary has been alarmingly chucked in favour of shout-and-scream jousts between newswallahs and their prey, ranging from party spokespersons, experts and the obligatory commentariat. Are you sur­prised then that any discussion on the 2002 Gujarat carnage is not followed up by queries or ground reportage on the probe by authorities, but is instead bludgeoned by statistics of other riots and massacres like the 1984 anti-Sikh riots or the Muzzafarnagar communal riots? Similarly, a straightforward analysis of the hyper-promoted Gujarat model of dev­elopment is not done by hard-nosed reporters doing hard labour in Gujarat, turning over every claim with an enquiring eye; but by party spokespersons and partisan experts who throw figures and invectives around, and whoever shouts the loudest (usually the anchor) wins the round.

It brings us to the rise of the media oligarchy—how the news anchor/editor-proprietor have set the agenda for this election. They set out to manufacture the Modi monolith that was dished out to the bombed-out, muddled viewer-voter, a project that many believe began as early as Modi’s third win in the Gujarat assembly election in December 2012. Since then, primetime news anchors and lavish editorials have force-fed the nation on the ‘extraordinary leaps in industrial production, infrastructure development, full employment, silken roads, railroads and seaports, flowing water, bounteous harvests etc etc’. Modi’s Gujarat model was held up as the gold standard for development, without the cursory scrutiny or audit, while ignoring Snoopgate or Fake Encou­ntergate, among a dozen other scandals. If Congress president Gandhi was projected as a haughty queen mother protecting her dynasty, no one dared ask about the RSS, the bjp’s sacerdotal head, and its divisive Hindutva project.

This is not to say that the UPA-II was all about growth and development, honesty, prosperity and propriety, and that it was unfairly targeted. But it’s indubitable that the media establishment, corporate power and influence and the middle classes—maybe in that order—dumped it to prop up Modi. Media discourse took sides without any sense of fairness or decency, as PM Manmohan Singh was heaped with vitriolic scorn, Sonia was beatified with hate and sarcasm, and Rahul Gandhi was ridiculed as a bozo buffoon and joker. The Congress’s defeat was declared 18 months ago by a hostile press, with its non-stop coverage of scandals even before the party top brass woke up to the humiliating fact that the media was craftily building a consensus against it.

How did all this play out? If the media once propped up the anti-corruption crusader Anna, he was given up after he became a nuisance in their scheme of things. The rebellious Arvind Kejriwal, estranged from Anna, was taken up, but in turn was swiftly cleaved by the media after he started taking on their corporate masters. Media discourse dwindled to farce and hot air—of claims and counter-claims, from the obsessive attention to Modi’s acc­eptability to a tirade of sermons for daring to question his marital status, or even murderers in his cabinet. How was the Congress dealt with? If the party bleated about its rights-based governance—from tribal rights, right to information, education, food, health etc—it was dismissed as wasteful expenditure, election sops or plain stupidity. But no questions were raised about the source and audit of Modi’s ext­ravagant election campaign, his army of social media act­­ivists, hundreds of techies micromanaging from votes to booth, opulent pageants and rallies, private jets and corporate endorsements.

So, should we be at all be concerned that election 2014 was a lot about money power and influence-peddling? It was pretty awkward to watch goggle-eyed TV anchors and overawed mediapersons announcing Modi’s astonishing victory, but should journalism become so personal and self-serving? Should a critical scrutiny of the UPA government have ended up being, by that same token, an unashamed promotion of Modi? Going by the great run the media had in pushing Modi towards an unprecedented victory, it shows journalists have completely failed in their job of presenting alternative political choices.

While media pundits bemoan venal politicians and parties, is it just enough to replace one set with another, and then hope for the best? Somewhere along the line, the media jettisoned ideas of innovative democracy, on how to maximise its impact on communities and caste structures, from  adivasis to the rural poor; how to effectively involve citizens in political decision-making; how to maximise democratic participation. Shouldn’t the media be the bedrock for cutting-edge ideas instead of themselves becoming political jocks and players?

The media would do well not to be mesmerised by its dizzying role in skewing political choices in this election. One-party rule in a democracy does not bode well, especially when the media’s message was for “a strong and decisive leader”. Surely, they are wary of one-party governments which always orchestrated massive ‘loyalty’ campaigns to win the ‘cooperation’ of all? At the heart of the media’s effort was to create a cult of the ‘Moditva’. But what if the deity it helped create pounces upon it for a ‘Modification’?

The author is editor of www.altgaze.com