All the World’s A Saifai

From Big B down, all our celebs are punch-drunk on servility 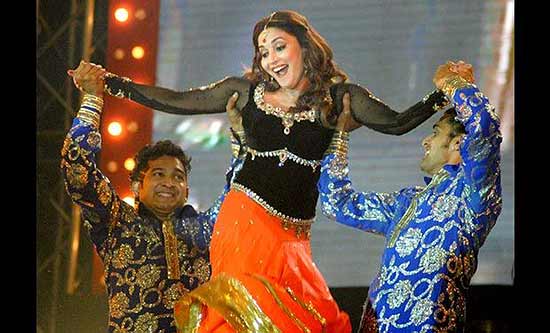 As the election tamasha gets under way, many desi celebrities are doing what they know best: dance to the tune of rich and powerful politicians. There can be many reasons for this naked subservience—hard cash, an expectation of favour, or kindness (in case the celebrity finds him or herself in a soup). And, one might say, for some rather edgy souls, all of the above.

But at the heart of the chamchagiri is a faultline that lies embedded in our culture. The Brits left us over six decades ago, but the servility they encouraged and rewarded amongst the masses continues to thrive. We still like to fawn over gora visitors regardless of their social status in their own world. Even clean broke backpackers get undue attention in public places. But blacks, if they are lucky, get ignored, and if they aren’t, get humiliated. Unless we are dealing with a Barack Obama or an Oprah Winfrey, in which case, things change dramatically, because they happen to be rich and powerful.

It is the same servility that extends to our mighty netas. I have interviewed a number of politicians over the years, either inside their plush official residences or inside their grand offices, and have invariably found hordes of people, senior babus and ordinary folks alike, falling at their feet. And each time my eyes remained transfixed on the ‘master’, and each time I noticed the face glowing with pride. Quite obviously, they enjoy the worship.

And clearly, the high gets bigger when the nation’s so-called icons and celebrities prostrate before them. I can visualise young Akhilesh Yadav’s scrawny chest puffing up to Narendra Modi’s self-declared size when Madhuri Dixit happily agreed to shake for him at Saifai, even as elsewhere, citizens in his state were dying of cold, starvation and diarrhoea. Ditto with Kapil Sibal. No less a personage than A.R. Rahman has decided to set Sibal’s ‘poetry’ to music. What that did to Sibal’s chest dimensions, I don’t even want to know. Meanwhile, unwilling to wait for the court’s verdict, Kapil Dev has rushed in to call Subrata Roy a patriotic son of India. Perhaps paaji’s emotional about the man. In 2007, at the behest of his then buddy, Amar Singh, Amitabh Bachchan went on air and repeatedly made that mind-numbing claim that ‘UP mein jurm kam hai’. I did an interview with Bachchan at the time, and when challenged with hard facts that contradicted the claim, all he could manage was a feeble defence and that famous icy-cold stare. Large-hearted Salman Khan has, of course, anno­unced he is ready to take part in the shenanigans of any political party, and in his case, one can understand where all that generosity is coming from. The hunk needs to provide himself an ‘insurance cover’ for the hit-and-run case and other assorted misdemeanors. Then there’s a large family of dependants to worry about.

There are plenty of such cringe-worthy examples, and I am certain many more celebrities will jump into the fray to do their number as electioneering hots up. Truth be told, I don’t really blame the politicians. Because celebrities help them score brownie points, they get used. My problem is with our stars, role models and icons going gaga over powerful people. Because they—unlike the common man (I no longer use the phrase aam aadmi, it makes me barf)—don’t need to be servile, they have enough wealth and power of their own. But by brazenly bootlicking, they are setting a wrong example for everyone else. It’s fine to back a political party on its merit or to belt out an opinion, it’s cool to join politics, it’s okay to even sleep with the politicians, as it happens in the west. In fact, I am quite fine with Ms Lewinsky’s definition of sucking up to the powerful. But to become an ‘item number’ for all sorts of dodgy politicians indicates greed and insecurity. And servility.

Hope there comes a day when our beautiful and talented people take a clear stand. “You want our help, dear politician? Sure, but first get your house in order. Stop screwing the nation and bring us clean governance.” Sadly, at this point of time, that sounds like utopia.

But then again, as I mentioned earlier, perhaps it’s not their fault, perhaps it has to do with the legacy of the Raj. The goras didn’t just leave us decrepit and divided, they made permanent suckers out of us.

‘Telangana Will Be The Worst Hit After The Split’