All The Movies I Didn't See

The most recent, Oscar-winning film on Churchill glorifies, like the others, an unambiguously bigoted ruler who was an enabler of the Bengal famine 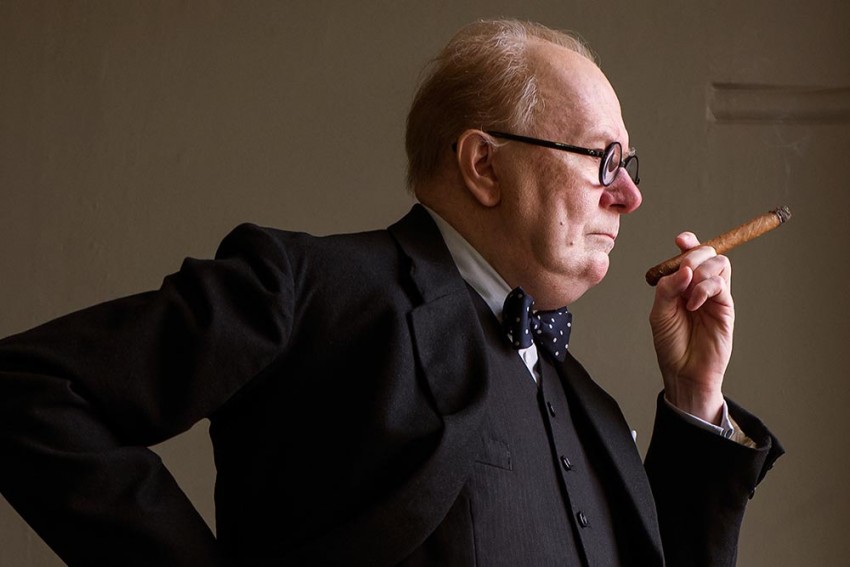 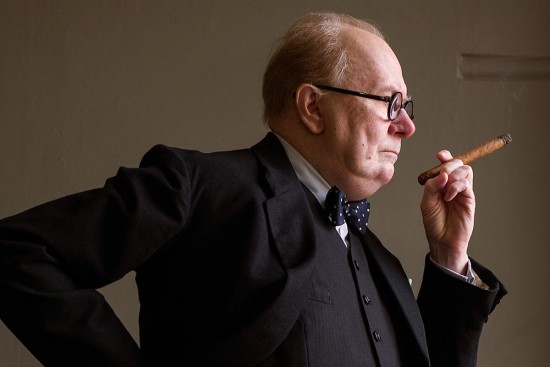 “As a portrait of leadership at its most brilliant, thoughtful and morally courageous, Darkest Hour is the movie we need right now,” raves the Washington Post’s film critic in his review. The actor who played Winston Churchill, the ­indomitable statesman who single-handedly saved democracy and freedom, and all those wonderful things, from Hitler’s onslaught, just won an Oscar for his performance. It must be a great movie.

I wouldn’t know. I haven’t watched it, and I don’t intend to. I often write about human suffering, but I don’t voluntarily subject myself to it. Why on earth would I want to pay good money to put myself through a two-hour hagiography of a man who lamented that people like me couldn’t be exterminated because we bred too fast? As his private secretary wrote, Churchill told him that “the Hindus were a foul race protected by their mere pullulation from the doom that is their due.’” If you don’t know what pullulation means, look it up. I did.

Not to mention that, if one studies Churchill’s ­actions before and during the Bengal famine of 1943, one could be faulted for getting the impression that he was trying to do just that—exterminate Hindus. To be sure, the famine’s victims were mostly Muslims, but to Churchill that didn’t matter: in his eyes, all Bengalis were tainted. Why? Because he was passionately committed to defending the Empire, which he believed to be threatened by treasonous Bengalis like Subhas Chandra Bose. So dangerous was Bose to Churchill that he issued an assassination order against him, the only Indian freedom fighter to be so honoured. A ­Bengal famine ­victim in Calcutta

Of course, Churchill hated Gandhi too, for the same reason—he too was a mortal threat to the Empire. Time and time again, Churchill complained that the “miserable little old man who had always been our enemy” was refusing to die, even insisting that Gandhi be informed that he was welcome to fast to death. The “malignant subversive fanatic”—Churchill’s words—was in prison, but he couldn’t be murdered without precipitating a political crisis that threatened the war effort. If on the other hand, he fasted to death, that could be construed as being his fault.

But let’s get back to Churchill hagiographies. Google “Churchill movie” and you will find four blockbusters on him produced since 2002 alone. One is named simply, worshipfully, ‘Churchill’. Several new books about Churchill come out every year, and there is even a bookstore in New York City dedicated to him. (I wonder if they have a copy of my book. I doubt it.) When ‘small matters’ like the three million dead in the Bengal famine are brought up, one gets the grudging admission that Churchill was “flawed,” like a diamond is likely to be offered. But then, he saved democracy and freedom and all that. One could point out that it was in fact Stalin, that great defender of democracy and freedom, whose armies defeated the Nazis, but who wants to hear that?

As Gandhi once said, the British are “more capable of self-delusion than any other people.” Still in mourning for the Empire, and in shock since the self-inflicted wound of Brexit, the British evidently possess a need to tenderly revisit their moments of real or imagined glory. That, author Salil Tripathi writes in a recent review, probably explains the sudden surge of imperial nostalgia films such as Viceroy’s House—a “servile pantomime,” according to reviewer Fatima Bhutto—and Victoria and Abdul, the story of an empress who, incidentally, presided over 25 million famine deaths in British India, and her devoted Indian servant.

I haven’t watched these movies either. I mean, if one really wants to see fawning Indians, why go to the movies? All one has to do is visit YouTube and cringe as Narendra Modi, who once said that Indians were ashamed of being Indian until he came along, envelops one foreign leader after another in a desperate, needy bear hug. Artist Chittaprosad’s rendition of the famine

Of course, Churchill hated Gandhi too, for the same reason—he too was a mortal threat to the Empire.

Anyhow, we South Asians ‘get’ the British. Some of us, at any rate. We’ve been studying them for two and a half centuries, so it’s hardly surprising that we’ve finally figured them out. We understand why they need Churchill. But why do the Americans so adore him?

My guess is, having elected, much to their surprise, a lunatic as the most powerful man on the planet, a man who boasts of ‘his’ nukes being bigger than Kim Jong-un’s, a man who could actually be crazy enough to unleash a nuclear warhead on millions, the Americans are sorely missing a time when the white man did something right. And in the Anglo-Saxon imagination, doing something right usually involves fighting a ‘just’ war against a great evil. Martin Luther King and his non-violence might get a movie or two (I watched Selma (2014), which I loved), but he was black. Plus, the best way a nation whose military budget equals that of the rest of the world combined can’t conceive of greatness in any terms other than mass slaughter.

This, of course, won’t be the last Churchill movie. I won’t be seeing those either. Personally, if I have to sit through another movie that glorifies a war leader, I’d much rather watch Harry fight Voldemort. Harry is, after all, brilliant, thoughtful, and morally courageous. And I know that the corpses, whether ­onscreen or off screen, are all fictional.

(Madhusree Mukerjee is the author of Churchill’s Secret War: The British Empire and the Ravaging of India During World War II, Penguin India)