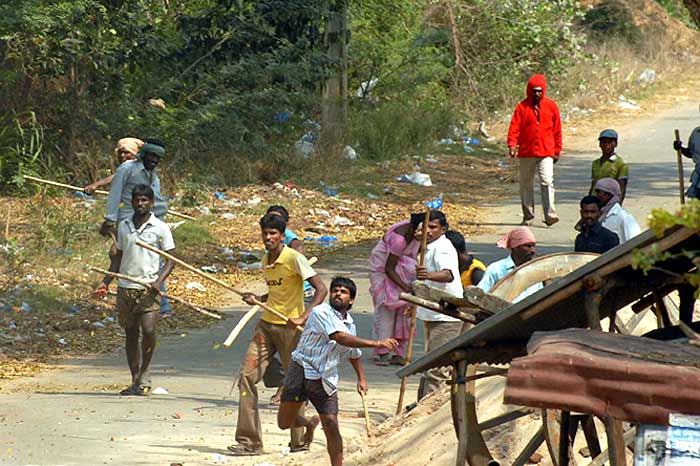 Where The Muck Is

On February 28, it rained rubber bullets and smoke bombs near Kakarapalli village in Srikakulam district of Andhra Pradesh. Some 2,000-odd local villagers were protesting against the East Coast Energy Private Ltd (ECEPL) thermal power plant. Two people died in the violence and the company was quick to apologise through a press release: “We are deeply pained at the unfortunate incidents that happened today in Srikakulam. The company is committed to sustainable development and is working with the state government to restore normalcy.” Ironic, considering the 2,640 MW Bhavanapadu thermal plant, located right next to the Naupada swamps, has already irreversibly damaged the ecologically sensitive area.