All Dealings Were OK, They Say

As the controversy rages, here are some reactions from the industry 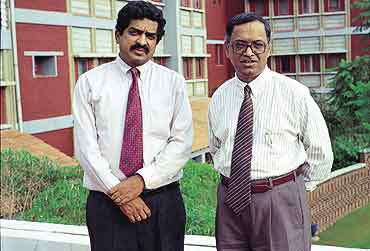 Sample these high-pitched, anonymous, reactions from Infosys on the allegations hurled against the IT giant by former PM Deve Gowda. "We are honest in our dealings. We have never sought political favours. We have never bribed anyone." What has irked Infy, credited for excellent corporate governance, is the charge that it has been favoured by the Karnataka government and the Karnataka Industrial Areas Development Board (KIADB) for land allotment (387 acres have been allotted, it wants another 1,200 acres) at concessional prices. Infy denies this. "Normally, Infy negotiates with the landowners and farmers. It pays market prices, and at times double the existing rates. However, it ropes in the KIADB to acquire the land and allot it to the company so that there are no title or other legal issues," explains someone in the know.

Infy also denies its proximity to ex-CM S.M. Krishna. "Krishna has visited the Infosys campus only once. Narayana Murthy has only met him twice. CMD Nandan Nilekani has worked with him only because he was a member of several committees," says another. A press release issued by Infosys on October 21 drives home this point. "Infosys filed an application for land (over 800 acres as two different plots) in 2000. No land was granted. The land is being acquired (now, when the present regime is in power) on a consent basis and after paying the market price. No special concessions have been sought. All these proposals have been reviewed and approved by committees headed by various CMs," the release says.

Almost all Infosys sympathisers believe the company has been caught in the political battle between Gowda and Krishna. "We have been unnecessarily dragged into this controversy," says one.