Alien In The Backyard

Has the middle class, shaken at last by 26/11, learnt anything? 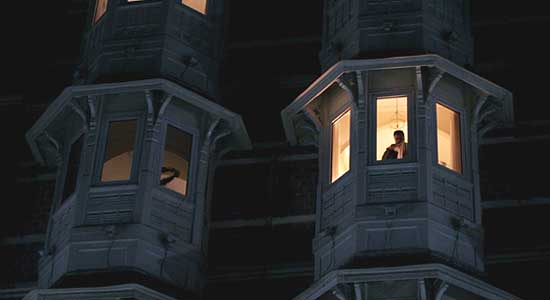 When the earth moves under our feet and a seismic shock overthrows all conventional assumptions, the image that remains embedded in our memory is often not the defining moment of destruction but a small detail; a microcosm that captures the magnitude.

So, when two planes blazed through the twin towers in New York, the picture seared into our emotions was that of the unidentified ‘falling man’, who chose to jump to death from the upper floors of the North Tower, rather than burn from the fire and smoke. The photographs of his body tumbling through the air were so disturbing that for many years, American media would not publish them.

When I look back at 26/11, that sense of individual helplessness was as disturbingly encapsulated by a single image. From the windows of the Trident Hotel, people were holding up handwritten scraps of paper, scrawled with a silent plea, ‘Save Us’. They waved down at us, as if to say, don’t let us die. In the alley behind the hotel, friends, families and lovers huddled together and trained a shared pair of binoculars at the glazed, unbreakable glass to see if they could spot one of their own at the windows. In the distance, gunshots broke the silence that had been helplessly waiting for imminent death.

Elsewhere in the city, a typhoon of middle-class rage was sweeping through Mumbai, hitting out first at the politicians, then at us in the media and now at anything and everything that stood in its way. It was an inchoate anger that was raising war-cries of panic (‘No more taxes’, ‘Mumbai needs its own government like New York’, ‘Shoot these politicians’, ‘Shut down these TV-wallahs’). But at the Taj and the Trident, those directly touched by the terror were battling on in philosophical quietude. Perhaps it was because those watching 26/11 unfold on TV in their homes were gripped by the fear of the unknown and the chilling realisation that the alien now lived in their backyard. A sense of confusion defined their response. But for those for whom it was already too late, or for those who made it out alive, this was no longer the unknown, this was all too real; this was life.

I remember noticing the dual responses when a few irate viewers demanded to know why we had interviewed husbands, sisters and fathers in their moment of hardship. I remember trying to explain that outside those hotels, perfect strangers had come together to form a wider community of shared grief. People wanted to talk; they wanted to be heard, they wanted that sense of connection in a moment that was as scarily isolating as it was dangerous.

Later, on reflection, I understood the paradox a bit better. When bombs ripped through the bazaars of Delhi, Ahmedabad and Jaipur, it was still largely the poor of India who were the primary targets of terrorism. Middle-class India never complained about these tragedies being chronicled. But 26/11 was too close to the bone, in a way that it would never have been had, say, only the CST been targeted by Kasab and his men. In other words, this was suddenly about ‘people like us’ and people were looking to TV to help them feel safer. Perhaps, to watch exposed, naked grief, however true it was to the moment, only increased their own sense of vulnerability. It was easier to be angry, at everyone, than to feel unsafe.

Since then I’ve often wondered about what all that rage amounted to. Did the anger self-combust and become an excuse for even greater disengagement? After all the sloganeering and protest-marching, more than half of Mumbai did not even bother to show up and vote in the Lok Sabha elections. Of those who did, more than one lakh people in each Parliament seat of the city voted for Raj Thackeray. This, after so much was made of the fact that it was commandos from north India who cleansed the city of terrorists. And as the same parties and the same home minister return to govern Maharashtra, Mumbai’s elite seem to have seceded even deeper into a parallel world of their own.

Meanwhile, a husband whose wife was killed at the Taj told me that he doesn’t follow Kasab’s trial because he doesn’t want a life embittered by anger. His teenage son talks about meeting the terrorist who shot his mother. A 15-year-old survivor wrote about not believing in capital punishment; not even for Ajmal Kasab. And a slain policeman’s daughter went on TV to say she still believed in the due process of law, as long as there was justice at the end.

For the rest of the city, however, the directionless anger of last year seems to have dissipated and settled into the usual indifference. The most anyone may do this year is to light a candle. The flame’s become a mere flicker. Life moves on.