Al Qaeda, the umbrella group of militant Islam, has fostered a state of mind: Al Qaedism. Though on the run, its leader, Osama bin Laden, remains an inspiration for radical Muslims the world over. 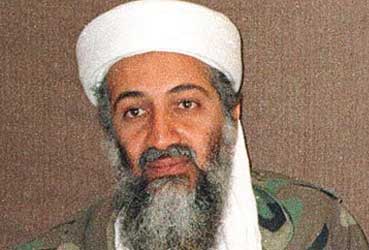 Harkat ul-Mujahideen
An Islamist militant group based in Pakistan, it operates primarily in Kashmir. It’s been linked to Al Qaeda, and had training camps in Afghanistan. HuM jehadis hijacked an IA plane in ’99. Has lost base to Jaish-e-Mohammed.

Lashkar-e-Toiba
India’s Al Qaeda, responsible for a string of attacks, including on Parliament. Suspected in the Mumbai blasts too. It says its goal is to destroy the Indian republic, annihilate Hinduism. Spawned by the Jamaat-ud Dawa based in Muridke, Pakistan. Had Taliban-supported training camps in Afghanistan pre-9/11.

Jaish-e-Mohammed
Formed in early 2000 by Masood Azhar after the IC-814 hijack and his release, it aims to unite Kashmir with Pakistan. Responsible for several attacks in India. Allegedly gets funds from Bin Laden.

Palestine-Israel-Lebanon
A string of militant groups in Palestine and Hezbollah in Lebanon are fighting against Israel. Some are secular, others not so. The Arabs call them resistance groups, the West brands them terrorists. Either way, their activities have fanned Al Qaedism, given Islamic groups elsewhere a cause to fight for via terror.

Asbat al-Ansar
Based in southern Lebanon and predominantly Palestinian, it follows an extreme Wahabist interpretation of Islam. Has connections to Al Qaeda and other extremist Sunni groupings.

Moroccan Islamic Combatant Group
Moroccan veterans from the Afghan war. Want to establish an Islamic state. Responsible for the Casablanca attack in 2003. Its offshoot, Salafia Jihadia, blamed for the Madrid blasts in 2004.

Libyan Islamic Fighting Group
Libyans who had fought the Soviets in Afghanistan. Goal: overthrow the Gaddafi regime in Libya. Some members are aligned with Osama bin Laden, active in the global terror network.

Tanzim Qa’idat al-Jihad fi Bilad al-Rafidayn
Formed by Abu Mus'ab al-Zarqawi, it seeks to bring together jehadists fighting US occupation in Iraq. The name was adopted by Zarqawi after merging his group, Unity and Jihad, with Al Qaeda in 2004. Zarqawi was killed recently.

Al Jihad
Based in Egypt, it merged with Al Qaeda in 2001. Its leader, Ayman al-Zawahiri, is Osama’s deputy. Regular crackdowns have reduced its capabilities in Egypt.

Gama’a al-Islamiyya
Aims to overthrow the Egyptian government and establish an Islamic state. Has lost much of its clout.

Abu Sayyaf Group
Operates in the southern Philippines; its leaders fought in Afghanistan during the Soviet war. Proponents of radical Islamic teachings.

Jemaah Islamia
Wants to establish an Islamic state in Southeast Asia. Responsible for the Bali bomb blasts in 2002, it has killed hundreds of civilians. Linked to Al Qaeda.

Islamic Movement of Uzbekistan
Based in Uzbekistan, it's affiliated with Al Qaeda and embraces the latter’s anti-West, anti-US agenda.

Islamic Jihad Group
Broke away from the Islamic movement in Uzbekistan, now active in Central Asia. Linked to Al Qaeda and the Taliban.