KCR’s sudden initiative to ‘lead’ a Third Front flummoxes many 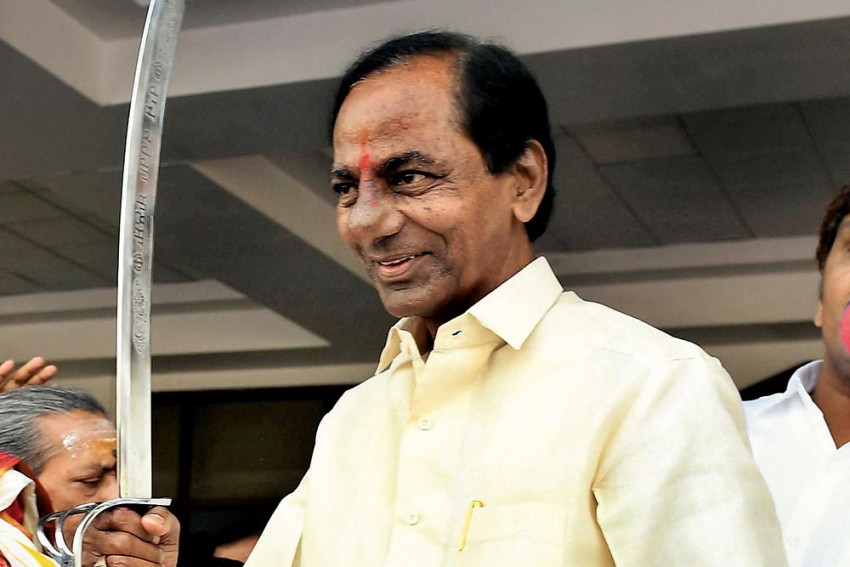 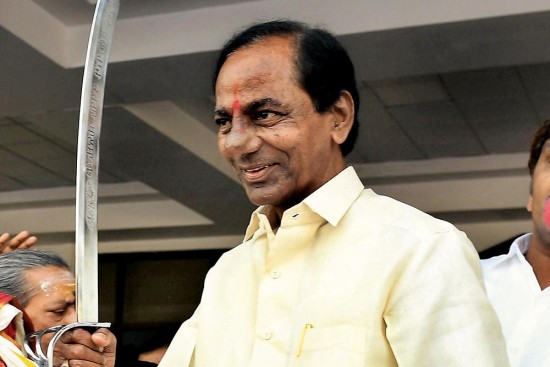 The start of this month heralded spring for the BJP, as the party registered a massive victory in Tripura, toppling the 25-year-old Left bastion. However, the Ides of March also caused quite a commotion across the political spectrum of the country.

The results for Tripura and two other Northeastern states of Meghalaya and Nagaland saw the Congress fumbling for a response and searching for its missing leadership. Some other parties sprang a surprise by announcing arguable alliances and dubious bonds. On March 4, a day after the poll results, the BSP announced support to arch-rival Samajwadi Party in two Lok Sabha bypolls to “ensure the defeat” of the BJP. Down south, Telangana chief minister K. Chandra­shekhar Rao mooted a Third Front of regional parties.

“We have had enough of the Congress and BJP, who have ruled the country for 70 years without much development,” said KCR, as the 64-year-old Telangana Rashtra Samithi leader is known, mooting the front. “I will lead this movement.” The Congress alleges that “outside support” to the KCR could be much like his own backing to the BJP-led Narendra Modi government on crucial issues like demonetisation, GST and Presidential elections. It is clear the Congress leaders are unhappy about the emerging third front. The party’s MP Deepender Singh Hooda says that a division within ‘secular’ parties will only help the BJP. “With Lok Sabha polls a year away, the BJP will definitely not want to take on the might of a combined Opposition. Any division will benefit the BJP,” he tells Outlook, falling short of making a direct charge that BJP is propping KCR.

For the Congress, the KCR move comes at a time when UPA chairperson Sonia Gandhi is trying to anchor an anti-BJP alliance. Sonia has called a dinner meeting of Opposition leaders, where, sources claim, she wants to push Congress president Rahul Gandhi as the leader of the alliance. “The Congress is KCR’s main rival in Telangana, and he will be happy to forge an alliance that keeps the party out,” says a Congress office-bearer.

KCR has already got a positive response from his West Bengal counterpart Mamata Banerjee and MIM chief Asaduddin Owaisi. The Hyderabad MP has welcomed the move, claiming it will have a far-reaching effect on national politics in the run-up to the 2019 general elections. KCR has also reached out to other regional parties including the Navin Patnaik-led BJD, DMK, JMM, SP and sulking allies of BJP, including the Shiv Sena and the TDP.

The Congress thinks KCR’s move can aid the BJP. The saffron party finds the claim bizarre that it is supporting the TRS founder.

KCR’s ambitious move has amused the BJP. The party leaders say they will be happy to see him achieve “limited success” in his efforts, but laugh off insinuations that they are supporting KCR. “It is a bizarre allegation,” BJP spokesperson G.V.L. Narasimha Rao tells Outlook. “After the Tripura victory and with 21 states under BJP’s belt, all parties are jittery. The Congress is not up to the challenge posed by the BJP’s growth; the third front is just a combined attempt by other parties to get their voice heard. I would term the third front as a sob club. It is a non-starter,” he adds.

According to the BJP spokesperson, KCR is facing heat in his state. “He had promised ‘Bangaru (golden) Telangana’ to the people. He has delivered the golden rule but only to his family. His son and nephew are both ministers in Telangana. His daughter is an MP. Rest of Telangana feels betrayed.”

The BJP can “never support” KCR as he indulges in appeasement politics. “His bill on reservations for minorities in Telangana is not being cleared by the Centre and he holds a grouse,” adds GVL. “The state has substantial Muslim population and this explains Owaisi’s support too.”