Ah, It All Comes Out Right In The End

The 'chalne do' precept has a lot going for it. Or does it? A Pune trip offers few conclusions. 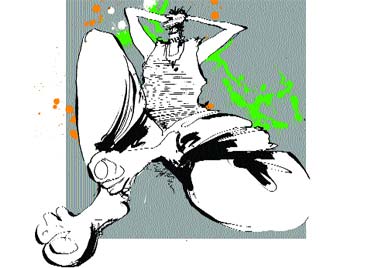 Finding someone or somewhere laid-back is surely to be welcomed in this age when we are mentally and all too often physically crippled by competition. There’s the competition in schools to get ridiculously high marks in exams, the performance-related pay which creates rat-racing companies and corporations, the consumerism that encourages us to earn more and more just so that we can keep up with our neighbours—keeping up with the Jones, as it used to be known. And if you don’t believe competition is crippling us physically, just look at the injuries cricketers and other sportsmen inflict on themselves. So we want to be careful about knocking one of India’s defining characteristics—the "chalne do" culture, the laid-back, it’ll do, all will come out right in the end attitude.

On a visit to Pune, I had a defining experience of a particularly prevalent Indian chalne do attitude—the failure to plan, just letting things happen. Chalne do started at the airport in Delhi where I was to fly for the first time on one of India’s many cheap but not at all cheerful airlines, which have been allowed to take off without any planning by the civil aviation authorities. The check-in desk was in the remotest corner, grossly overcrowded with queues for different airlines getting muddled up, and passengers tripping over each other’s luggage. Once through security, there was no seat to be had in the lounge and no information about flights except garbled announcements. Aboard the plane, we sat on the tarmac for nearly an hour waiting for our slot on the runway. Delhi airport proudly announces that it is soon to be world-class, couldn’t something have been done to ensure it was not fourth class before all these new airlines took off?

The city of Pune has a history of being laid-back. In the British Raj, it was known as a...