The IPL stood for a new India. The mess it’s in turns the clock back. 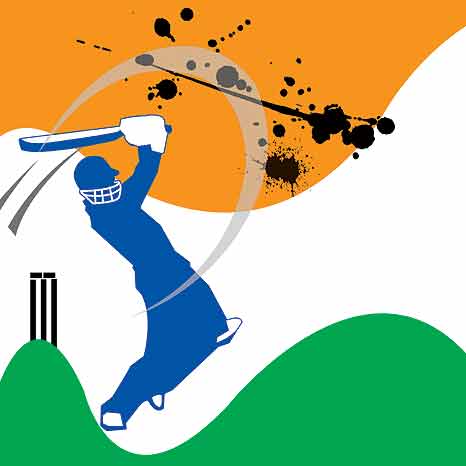 The effect of the IPL revelations must not be underestimated. At one stroke, it has made many in the West question the Indian narrative everyone was getting so comfortable with—the glittering country of Bollywood movies, the land of the Nano, the toast of Davos, and creators of a cricket tournament that is the most successful domestic contest in the world.

The IPL’s contribution toward reinforcing the ruling perceptions of this new India has been immense, which is best illustrated by my own experience as a journalist. When I arrived in this country 40 years ago, interest in Indian cricket was minimal. The only paper to bother about Indian cricket was The Daily Telegraph—that too, featuring brief reports of India’s Test matches. The idea that India, a land of squalor and poverty, could create anything so modern, shiny and astounding seemed impossible for the West to believe.

That picture had begun to change even before the IPL emerged, but it was the way this tournament captivated the cricket world that seemed to symbolise the new India. I could sense a new respect for the country. India could now do things and, what’s more, it could do them at a speed the West couldn’t match. The old, slow India was being demolished before our very eyes. The fact that the IPL emerged in all its glory barely seven months after India had won the T20 World Cup, an event not much covered here, was itself astounding. Even more so last year, when the decision was taken to move the tournament to South Africa. Initially, when news came that it would have to be moved due to security reasons, old feelings of Indians having to bow to terrorism, like in Pakistan, began to circulate. But when the move proved successful the tune changed to one of wonder, surprise and no little admiration. Nothing like this would have been contemplated, let alone attempted in this country.

And, of course, the personality of Lalit Modi seemed to sum it up. There are not many Indian names the press here are familiar with, certainly not that of many Indian cricket administrators. But Modi was accessible, many followed his tweets; he established a rapport with journalists. IPL was seen as a world event; what the IPL did was news.

Just to give you some idea of this, let me take you back to last year’s announcement of the tournament’s relocation from India. It could be England or South Africa. The news broke on a Sunday morning. I was then BBC sports editor and was having a weekend off in Oxford. But the news was considered so momentous that I was rung up early in the morning and asked to return to London. Weekend news tends to be scaled down but this was a big story and quite prominent on the schedule. What made the IPL story all the more striking was it spoke of Indian riches at a time when the talk in the West was all about a 1930s style recession.

Now, suddenly, the old India of sleaze, corruption, lack of accountability and ‘anything goes’ has re-emerged. Until now, Indian cricket’s capacity to produce money has meant that fault-lines in its administration have been overlooked. People in international cricket just shrugged everything away. Now that the grisly underbelly of Indian cricket has been revealed, there are questions of governance that will not go away. Questions that go right to the top of Indian cricket. How could a supposedly non-profit body like the Indian board allow an organisation like the IPL to develop? It’s evident there were no controls over Modi and he was allowed to do anything he liked.

And this, of course, raises the even bigger question about the man who gave Modi his chance—Sharad Pawar. Pawar is not much known here. But should he succeed David Morgan as head of ICC, as he is due to in June, he will come to the job in much the same position as Jagmohan Dalmiya did a decade ago. Then too, there was much talk of corruption in cricket. Dalmiya, it was felt, did nothing about it and at one stage at a meeting at Lord’s under his chairmanship, the then chairman of the England and Wales Cricket Board got everyone to declare they were honest. This crisis means Pawar is in danger of being seen as tarnished and may find that, like Dalmiya, he has to make a humiliating declaration of honesty. It will not be an edifying spectacle.

(A former BBC sports editor, Mihir Bose’s 23 books include A History of Indian Cricket, and A Maidan View.)