Tall, taciturn, he rode his cougar-like beauty like the meanest gunslinger in B-town 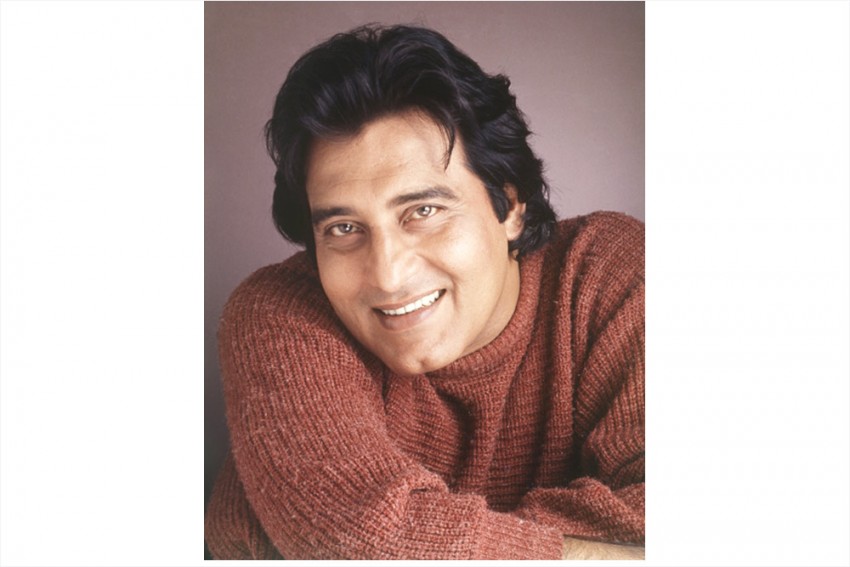 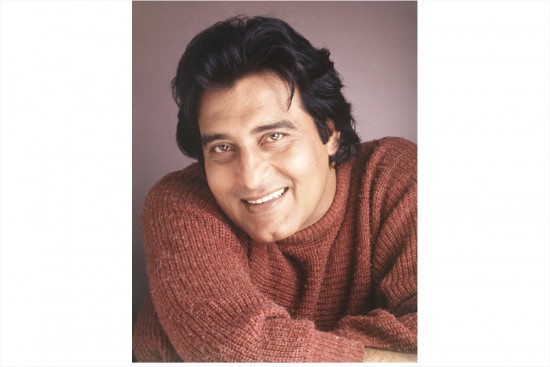 The mere mention of Vinod Khanna conjures up ima­ges of a Bollywood hunk with the looks of a Greek god—the best prototype, perhaps unmatched, that could do both shifts in office with equal elan. That is, be a manly chevalier straight out of a Mills & Boon rom­ance that every girl could swoon over; and, at the same time, have all the cold steel and feline sinew needed to be the last man standing in any scrappy curry western shoot-out. The one every guy in town would imitate. With his John Wayne swagger, flowing mane, unbuttoned shirt and disarmingly endearing smile, the West Punjab-born stud farm thoroughbred had everything it takes to make a successful hero. And yet, he had to begin his celluloid journey as a villain, often getting beaten up by a hero who could be his sidekick in real life.

That’s how the roulette spun for him. Impressed with his personality, Sunil Dutt, who was launching his younger bro­­ther Som Dutt in Man ka Meet, had picked him for the negative character. A string of like roles followed, where all he had to do was smear a black tilak on his wide forehead, ride a horse and snarl at the camera. Nonetheless, anybody who saw his amazing screen presence in those early, eminently forgettable movies knew instinctively he was but biding his time. Khanna lived up to the promise, making a seamless transition to pivotal roles. He had already done night duty as the gun-toting, teeth-clenching desperado. So he arrived just in time as the Seventies dawned, with its reinvention of the hero as a masculinised avatar who looked as if he could really beat the guys in yellow striped T-shirts to pulp.

And yet, he was not all about looks. Though not extravagantly emotive, beneath that tough Adonis persona lay a capacity for fragility, the undertow of a wise, knowing pain. Gulzar was the first film-maker who saw the latent sparks in him. In Mere Apne and Achanak, Khanna blended both—the svelte street toughie who could crumble, the officer with the hounds of his past chasing after him. In these two films, he proved he was not just a bundle of well-shaped muscles.

But the spirit of the age, and his sleek persona, conspired to ensure that Vinod Khanna never quite broke free from the stereotypical commercial cinema. The towering Amitabh Bachchan and the astounding success of Sholay had opened the floodgates to multi-starrers, and Khanna, like other A-listers, took them by the dozen. In Manmohan Desai’s Amar Akbar Anthony and Parvarish, he held his own against Bachchan—and became the only one, outside Shatrughan Sinha, to challenge him for num­ero UNO status. Main Tulsi Tere Angan Ki and Qurbani rolled by; he was safely the second highest-paid in B-town. Amidst all that, he stole time to do offbeat films like Shaque.

That was when he gave it all up, at the very pinnacle of his career. The signs of an inner fatigue, of disillusionment with the ways of cinema and his role in it, could be retrospectively read as he sought (and found) solace in Rajneesh’s commune in Pune. When his guru decided to shift to Oregon in the US, Khanna followed him, leaving his family, friends and all the trappings of stardom back. The industry speculated wildly: was he on the verge of a nervous breakdown to turn to spiritualism? But out in Oregon, Khanna had quietly taken to gardening and cooking by the side of his guru. In his mid-30s then, he had lost none of his drop-dead, gorgeous looks despite his flowing white beard. The actor-turned-sexy sanyasi was at peace with himself.

That blissful abstention stretched all of five years, years that could have been his peak. It may have been longer, but destiny had other ideas. Controversies over Osho and his ashram in the US brought the asc­etic back to the world he had renounced. Any other actor may have struggled to pick up the threads. But in an industry still mourning Vinod Khanna’s loss, he found many takers waiting for him with open arms. Soon, films like Insaaf, Satyamev Jayate and Dayavan followed, kickstarting his second innings.

Khanna was well-placed to become the topmost star after the Bachchan aura faded in the wake of damp squibs like Ganga Jamuna Saraswati, Toofan and Jaadugar in the late ’80s, but he was not bothered. Reports about his rank unprofessionalism, late arrivals and tantrums started doing the rounds. During the making of Jurm, he’s said to have troubled the Bhatts so much that they vowed never to work with big stars again, a promise they kept for years. In the ’90s, like many of his peers, he never appeared serious and signed films indiscriminately. He eventually paid the price for it. While Bachchan reinvented himself to stay relevant to the millennial generation, Khanna fell by the wayside, doing bit-roles in Salman and Shahrukh starrers. A brief political life ensued, even a ministerial berth in the Vajpayee government. But he was essentially cut out to be nothing but a film star, composed of charisma, and now nostalgia. Always the sleek professor of Imtihan, as much as the swashbuckler of Qurbani.