"I'd have loved to be..." A column on the alternate aspirations of celebrities 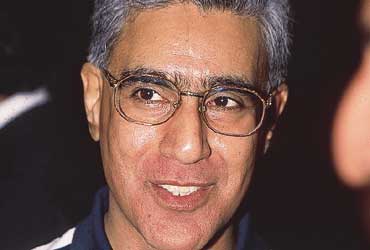 outlookindia.com
-0001-11-30T00:00:00+0553
At one point in time I toyed with the idea of teaching. At another I toyed with the idea of joining one of the UN agencies. But I didn’t seriously pursue either. Journalism attracted me because a lot of people from my family were in it, so I grew up with journalism in a way. Besides, it was a job that gave me a chance to read and write.

When I finished my DPhil from Oxford, I wrote to six British newspapers telling them that I had decided to become a journalist. Four did not reply, one even told me to FO. The sixth one’s deputy editor wrote back saying that he had never received such an audacious letter of intent and that he wanted to meet me. This man was Charles Douglas Hume of The Times who later hired me and continued to be my guru in journalism. He sent me to cover Nigeria knowing fully well that I knew nothing about the region. I think it was largely thanks to Charlie Hume that I came into journalism.

(As told to Dhiraj Singh)

The Art Of Doing The Sin(g)hasana