"I'd have loved to be..." A new column on the alternate aspirations of celebrities 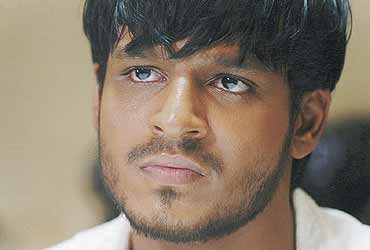 outlookindia.com
-0001-11-30T00:00:00+0553
If I were not an actor I would have been a schizophrenic. Or a totally confused fellow roaming around a mental asylum. But there was one thing people said I was good at apart from acting. They felt I could do well in the armed forces. I was an NCC cadet for three years and I remember the commanding officer telling me that I should join the army. He suggested that I should apply to the NDA. Being a fighter pilot too was part of my dream. To be in a uniform, fighting in your country’s defence seems very noble, very touching and also very glamorous. Maybe I would have gone that way if my life was a bit different. But what I would have really loved to be when I was four years old was a bus conductor. That was around the time when I took my first bus ride. I would look at the conductor with a lot of respect.

He could stand on the steps of the bus. He was all powerful because he would pull some string and this enormous bus would come to a halt. And, of course, he would decide who would sit where in the bus. However, some three or four months after my first bus ride I got bored of the idea. A conductor’s job suddenly didn’t seem very exciting to me.