After The Credits Roll

A paean to the man who saved Indian cinema 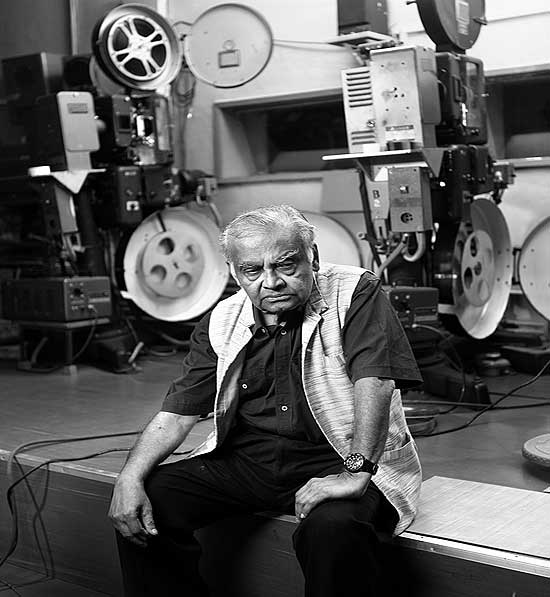 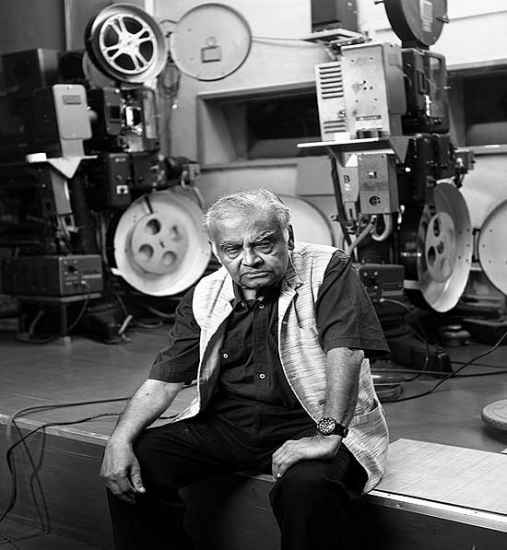 In 1969, a government officer at the National Film Archives of India (NFAI), Pune, took a late night “paper taxi” carrying the early edition of the Kesari newspaper to Nashik. He had to collect some rare nitrate films from Prabhakar Phalke whose late father, Dhundiraj Govind Phalke, had made India’s first motion picture, Raja Harishchandra. The officer returned the same day with the two surviving reels—the first and the last—of that historic film and also disparate fragments of another Phalke film, Kaliya Mardan, which he later meticulously sorted into the right order on the basis of the handwritten notes left behind by the filmmaker. Had it not been for the officer, there would have been little of Phalke—and in turn, Indian film history—for our viewing pleasure.

In the 100th year of Indian cinema, Shivendra Singh Dungarpur’s fascinating documentary Celluloid Man, which had its India premiere at the recently concluded Mumbai Film Festival and plays next at the International Film Festival of India in Goa, pays a much deserved and long overdue tribute to that unassuming government official: P.K. Nair, the NFAI’s founder director. A man who, in a three-decade tenure at the archives, passionately collected and painstakingly preserved films from across India and the world: from S.S. Vasan’s Chandralekha to Jean Renoir’s River. He managed to salvage nine silent films from the 1,700-odd made in India at a time when hard-up producers were known to have sold off their own films as scrap or extracted the silver out of them to raise money.

Dungarpur had been Nair’s student at the Film and Television Institute of India (FTII). Celluloid Man is a tribute to his teacher and also, as he puts it, about “our heritage and memories of cinema and of the institute days”. It is a sentiment shared by the 11 leading DoPs (directors of photography), who took time out to shoot various segments of the film: to “celebrate the Nair spirit”.

The documentary pays tribute, long overdue, to a modest but passionate man who had come to understand life through film.

The film takes us into the private life and thoughts of a modest man who had come to understand the world and life through movies and who in turn helped thousands of students discover themselves through cinema. He would take down detailed notes on (and collect the ticket stubs of) every film he saw. Such has been his passion for cinema that he still remembers that the Odessa Steps sequence plays out in the sixth reel of Battleship Potemkin and that Aaj Sajan Mohe Ang Laga Lo crackles in reel nine of Pyaasa. That level of commitment made him a recluse—even to his family. They only got to spend time with him after his retirement, not when he was working.

Like all good biographies, the documentary also provides vivid glimpses of the people associated with him. In Nair’s case, this was a who’s who of film personalities: Zanussi, Gaal, Peries, Langlois, Kasaravalli, Adoor, Shahani, Gulzar, Naseer, Shabana, Jaya, Ketan, Jahnu, Sivan, Kamalahaasan et al. There’s even a rare interview with Ghatak’s wife, Surama, who was initially reluctant but eventually agreed to talk when Dungarpur called her, pretending to be Nair. While the film is an ode, it doesn’t shy away from asking difficult questions: about the problems Nair had at the NFAI post retirement, the 2003 fire that destroyed several valuable nitrate prints as also about how Nair made dupe prints on the sly of every film that came to the institute for a screening. Was he then also India’s first film pirate? But his efforts allowed for a dupe of Pather Panchali to be bartered for one of Battle of Algiers or a Sant Tukaram for a Blackmail. All can be forgiven.

At over 2.5 hours, the documentary does get too sprawling; it’s still worth every bit of the viewer’s patience. The interspersed film sequences make for an abridged ride through history and the priceless anecdotes keep flowing. Like Ghatak calling Bergman a charlatan. Or how Sanjeev Kumar rented a house for a month in Pune to watch every Ray film before starting work on Shatranj Ke Khiladi. How K.V. Subbana and Nair took cinema to the grassroots in Heggudu. Or how Nair made watching “censor cuts” of films an FTII Sunday morning ritual. It’s evident that Dungarpur had more material in his hand than could fit in the film: “With Nair, we didn’t know where to say cut.”