An aerodrome project on the Chilika lake has sparked ecological fears 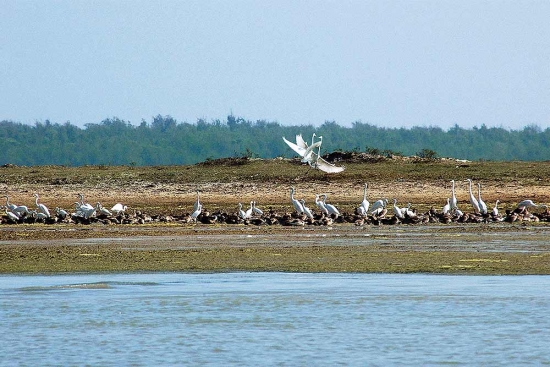 In 1981, it became India’s first wetland to be designated as internationally important under the Ram­sar convention—a global tre­aty for the conservation and sustainable use of water bodies. This Aug­ust, the Union civil aviation ministry granted ‘in-principle’ app­roval to a plan of building a sea aerodrome for fixed-wing amphibian planes on the Chilika lake in Odisha. Earlier, in June, a joint team of officials from the Airports Authority of India and carrier SpiceJet, which has evinced interest in operating such planes in Chilika, visited the area scouting for a possible site for the aerodrome.

The over two lakh fishermen dependent on the Chilika, however, are worried that their cache, already reduced considerably due to the lake shrinking and the prawn mafia’s illegal ‘gheries’ (enclosures for intensive prawn far­ming), would shrink even further. “Why are they bent on killing the Chilika, which has sustained us for centuries?” asks Sanatan Behera, a local fisherman.

Ajit Patnaik, a former head of the Chilika Development Aut­hority, suggests extreme caution in the case of Chilika, a highly eco-sensitive zone. “They might as well set up the aerodrome on the Hirakud or Kolab reservoir,” he says. Already under threat from a variety of manmade and natural factors, Chilika would cease to exist as we know it if the government goes ahead with the aerodrome.

Chilika is home to 224 species of birds, including 97 migratory, 317 species of fish and 729 varieties of aquatic flora, besides a wide variety of mammals and reptiles. It also has the second highest population of the highly endangered Irrawady dolphins (over 150) in the world. “All this would be under threat,” says environmentalist Biswajit Mohanty.