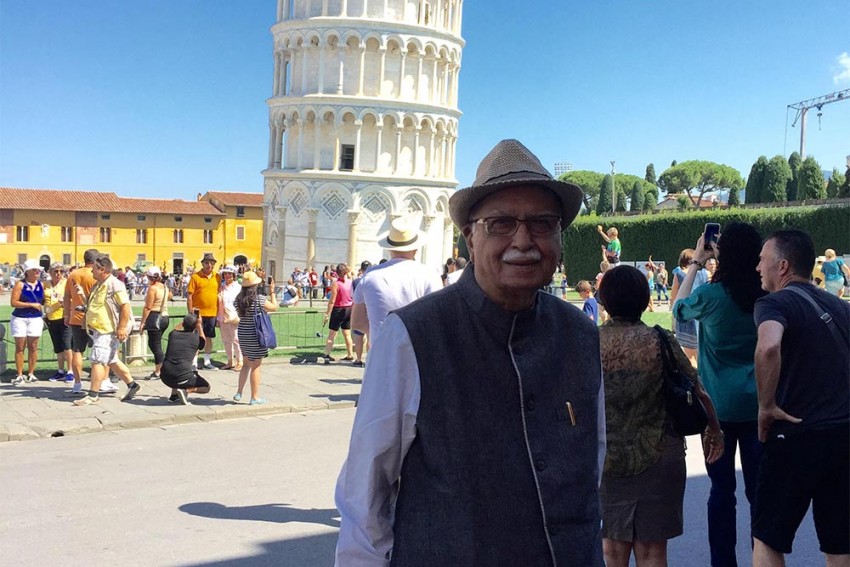 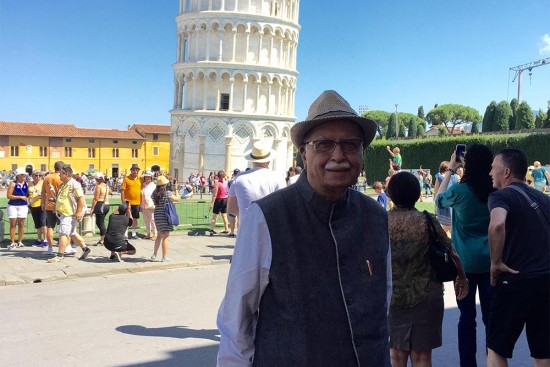 For a person who came to be known as the ‘eternal yatri’ (or tra­veller) for all the endless miles I journeyed in yatras across India, it is ironic that I had never been on a real holiday. Despite the blanket control active politics takes of your life, it is not that I was always too busy. I simply travelled in my own country. My daughter Pratibha thought it was now time for me to finally take a holiday—the first ever in my life.

So it came to be that she, along with my long-time associate Deepak Chopra, org­a­n­ised a 10-day trip, starting August 28, that included a week-long cruise covering the historic cities of Italy, Spain and France. I had been to some of these places as deputy prime minister, but never as a tourist on a vacation. It was also my first cruise.

The experience of the cruise itself was unique, something I had never imagined. The ship, called Norwegian Epic, was huge. Just to give a sense of its size, there were over 5,000 guests on board, plus a 1,700-strong crew. It had 17 floors, or decks as they are called, and my room was on the 17th one. The view from there was awe-inspiring. 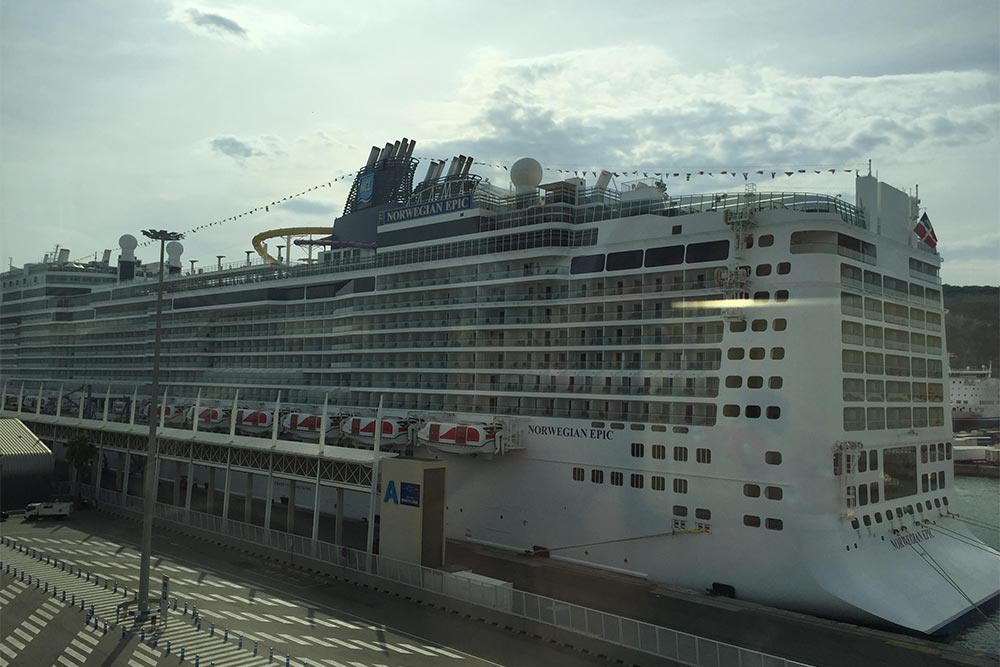 Rome, Where Roads Lead To

When the itinerary was being decided, I was keen on Rome’s inclusion. I had Latin as my second language in school, St Patrick’s in Karachi, and was always fascinated by the capital of Italy. Being there reminded me of my school days. I still remember Marc Antony’s famous speech from Julius Caesar line by line. It was at the back of my mind when I visi­ted the Colosseum and the Roman Forum.

The musician in the gondola serenaded us with Italian songs. He sang only one English song—Do re mi. We all sang along.

The Fontana dei Quattro Fiumi or the Fountain of Four Rivers at Piazza Nav­ona was another must-see. A beautiful example of Baroque Roman architecture, the majestic statue by Bernini dep­icts four major rivers of the continents through which papal authority had spread—the Nile representing Africa, the Danube representing Europe, the Ganges representing Asia, and the Rio de la Plata representing the Americas.

Pratibha had once made a film on the Ganga, and the Fountain of Four Rivers had figured in her research. The most fascinating thing about the statue is that the Ganges is projected as a powerful and impressive male god—in fact, the strongest of all four gods, representing the various rivers. That is Roman interpretation. In our mythology, Ganga is represented as a woman, a goddess. The base of the fountain is a basin, from the centre of which travertine rocks rise to support the four gods and, above them, an ancient Egyptian obelisk surmoun­ted with the Pamphili family emblem of a dove with an olive twig. The Piazza Navona also featured in Dan Brown’s Angels and Demons, in which the Fontana dei Quattro Fiumi is listed as one of the altars of science.

A Roman holiday cannot be considered complete unless you go to the Trevi Fountain and throw coins into it, praying for the fulfilment of a wish. As per the Roman legend, coins are supposed to be thrown with your back to the fountain, using the right hand, over your left shoulder. It was raining heav­ily and Pratibha did not let me go out and throw a coin into the fountain. She went out and, I am sure, prayed for all of us. 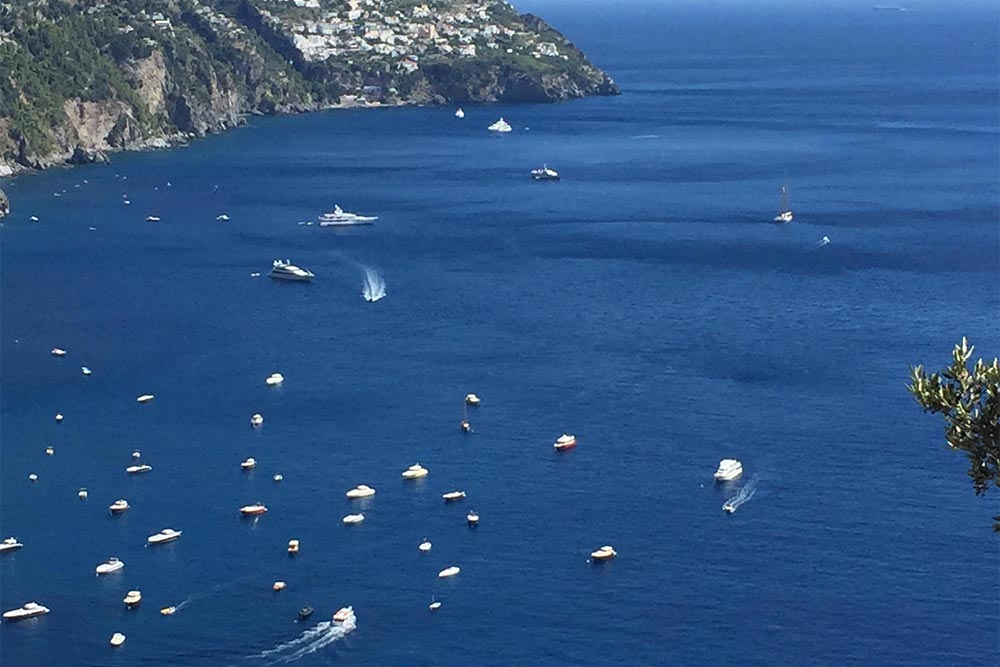 Pleasure boats on the sea in Nice, on the French Riviera

On to the historical city of Venice and a ride on the gondola. Tourists have an opt­ion—gondola ride with or without the serenade. No marks for guessing that since we were on an out-and-out holiday experience, we chose the serenade. As the gondolier, wearing traditional clothes, steered the gondola from under the bridges, the musician serena­ded us with beautiful Italian songs. He sang only one English song—Do Re Mi from The Sound of Music. We all sang along.

I gave the Pope the Gita and my autobiography. My daughter had taken along rosaries for him to bless. While doing so, he said, “Pray for me.”

The whole city seems to be afloat and it is amazing to see how it thrives only on water transport. We went under many endless bridges, soaking up the passing sights. We also visited Murano, famous for glass-blowing, and Burano, known for its beautiful laces.

While on the cruise, we docked at each port for a few hours and had a limited time for sight-seeing. We intentiona­lly did not pack in too many activities in those few hours; our main purpose was to relax. Livorno was the first port on cruise, and we visited the Leaning Tower of Pisa. From there we entered the French waters. 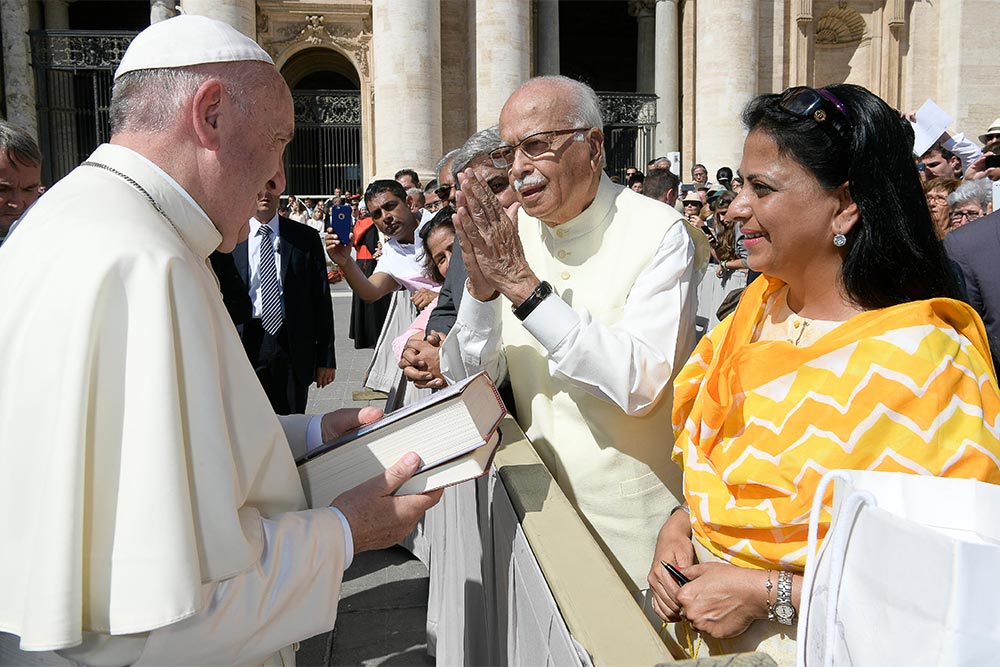 Our first stop was Cannes on the Riviera—best known for its annual film festival. We also visited Nice and Monaco. In Nice, we had lunch at an Indian restaurant called Noorie. We relished the Ind­ian cuisine even though the staff aboard Norwegian Epic indulged me by making Indian dishes for me. The staff of the ship included nearly 150 Indians, including staff captain Deep D’Souza, also the number two on the ship. (Incidentally, it was on his recommendation that we saw a circus show aboard. Cirque Dreams was the grand finale before the cruise ended.) Marseilles on the Mediterran­ean was the last stop in French waters. We visited the Cathedral La Major, a natio­nal monument of France.

Barcelona beckoned. First thing on the itinerary? Of course, the grand La Sagr­ada Familia Basilica, the life work of arc­hitect Gaudi. Its giant Basilica has been under construction since 1882, and it is still incomplete. We were told that it may take another 10 years. Even so, it is one of the most magnificent buildings I have seen. I could only describe it in three words: Satyam, Shivam, Sundaram. This description of the almighty was what I wrote in the visitors’ book. While there, I was happy to meet the honorary consul-general of India in Barcelona, Luis Valeriano Gonzalez Perez. He made our visit extremely memorable by his warm hospitality. Now 93, he was appointed consul-general by the maharaja of Jaipur 60 years ago. He took us to another Indian restaurant here, called Rangoli. It is nice to see Indian cuisine being appreciated in different parts of the world. 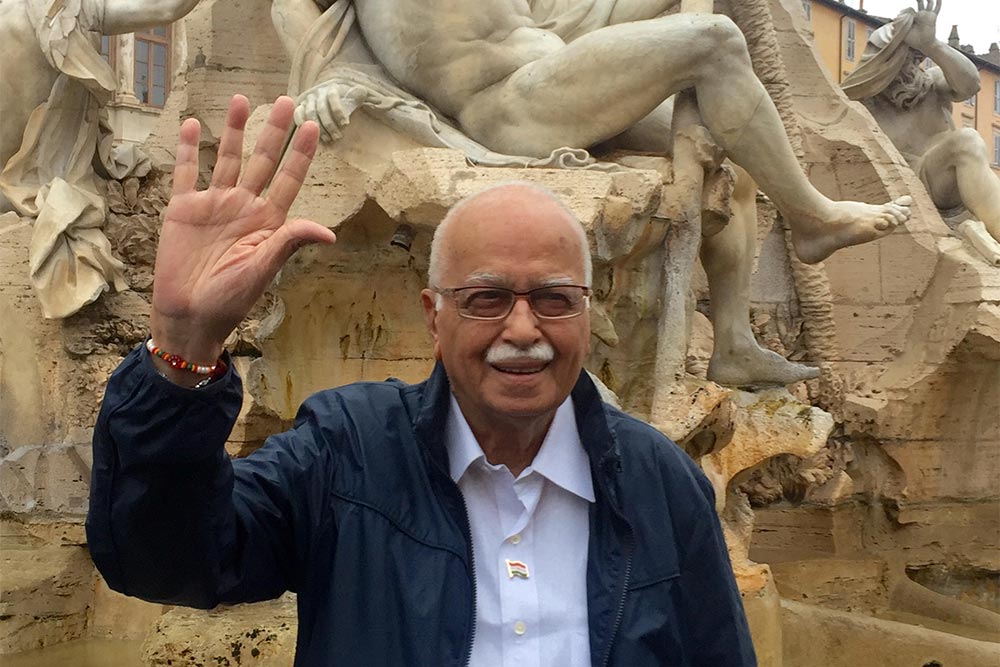 We rounded off the cruise in Naples. Here we went to the ancient town of Pompeii, also a UNESCO world heritage site. Pompeii was once lost under layers of ash and pumice following the eruption of Mount Vesuvius in AD 79. It was rediscovered in 1599, when a part of it was unearthed. We also visited the beautiful Amalfi coast, where the mountains dive into the sea, making for a picturesque Mediterranean landscape.

Back to the Eternal City

It was time to take the flight back from Rome. Anil Wadhwa, India’s ambassador to Italy, was full of warmth and hospitality as he hosted our group for a dinner at his house. He had invited some promin­ent Indians in Rome. The Roman sojourn was compelling but the high point was the visit to the Vatican and a meeting with the Pope. It was a brief but memorable meeting. I presented him with a copy of the Bhagwad Gita and my autobiography, My Country My Life. My daughter had taken rosaries to be blessed by him. While doing so, the Pope said, “Pray for me”.

Overall, it was a very memorable holiday. In many ways, it was a learning experience for me. For my daughter, my biggest achievement was that I did not lose my room card on the cruise! She was almost certain that I will end up losing the all-imp­ortant card, which served as an entry and exit card on the ship. I am not used to carrying anything on me, not even a wallet. So, not losing the card till the end of the trip was my biggest accomplishment.