How an ad campaign foretold a time of unparalleled strife 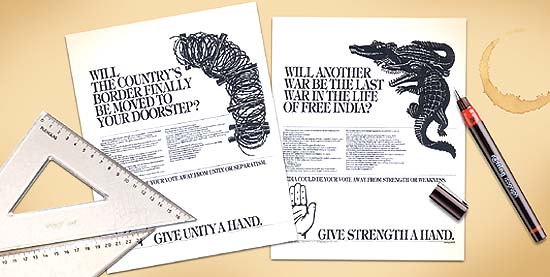 The man shuffled into the room, and cleared his throat. Rajiv Gandhi glanced away from the presentation screen he had been watching intensely for the past few hours. The four of us making the presentation turned and looked at the man too. It was past midnight. The man, noticing he had Rajiv’s attention, shuffled along the walls of the long conference room, bent and whispered into his ear. Rajiv stiffened imperceptibly but his face showed no emotion.

“Is she safe?” he asked. The man nodded, and then shuffled out of the room. We returned to our presentation.

It was August 1983, and Ninoy Aquino, that valiant opponent of President Ferdinand Marcos’s long, despotic rule, had just been assassinated at Manila airport. Rajiv had enquired about his wife Corazon. In time to come, the assassination would catapult Corazon to the Philippine presidency and end the 20-year Marcos regime, but right then, it was one more unsettling event in an unsettling year.

The presentation we returned to was the ad campaign for...