The BCCI detests the RTI’s bind. Yet its very structure—the men who officiate in matches—stands on government patronage. 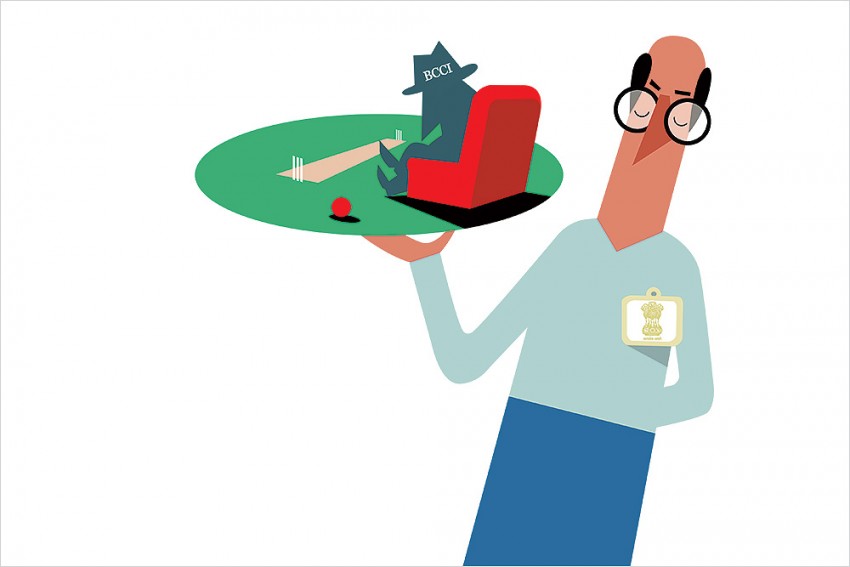 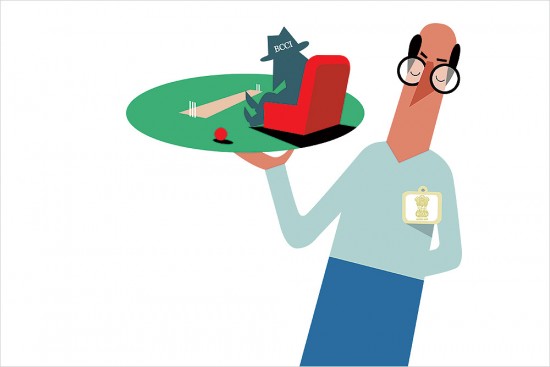 For several years, the central government has been making an effort to bring the Board of Control for Cricket in India (BCCI) under the Right to Information (RTI) Act, like all National Sports Federations (NSFs). But the Board has been steadfastly, even auda­ciously, stonewalling the government, thanks to the full backing of politicians who have been—and still are—part of it. Successive dispensations, too, have never really been serious about implementing it.

While defying government RTI orders with disdain, the main thrust of BCCI’s defiance—and on which it has been harping unashamedly—has been that it doesn’t take financial assistance from the government. That is only partly true, as it does take indirect, ‘substantial assistance’, as the Delhi High Court observed some years ago and something the Union sports ministry, too, keeps insisting. And, crucially, the men who are the foundational support to the superstructure of BCCI-run tournaments—match officials who run things on the ground—are emp­loyees of government institutions. It’s a matter on which the BCCI conveniently, and consistently, keeps mum.

This April, The Law Commission of India (LCI) in a report prepared on directions of the Supreme Court, recommended that the RTI Act be made applicable to the BCCI and all its state affiliates. In addition, the Supreme Court has concluded, in the famous ‘BCCI versus Netaji Cricket Club (Chennai)’ case of 2005—and even in the Zee Telefilms vs Union of India case—that the Board “exe­rcises enormous public functions” and “state-like functions”. These include sel­ection of national teams that are fielded in global tournaments, with players/officials wearing the Indian national logo using the word ‘India’, which is part of the Emblem Act.

The main governmental assistance to the BCCI comes in the form of heavily subsidised land provided for constructing stadiums, income tax/customs exe­mption—between 1997 and 2007, the government gave an exemption of Rs 2,168 crore—and civic/security services etc.. “Whenever the BCCI faced difficulty in obtaining customs duty exe­mption it approached this ministry, seeking a certificate that announced it is a recognised NSF for cricket. The ministry has issued such certificates in favour of the BCCI,” the Union sports ministry in December 2011 said in its reply to the Central Information Commission (CIC), supporting an application that had sought that the BCCI be declared a ‘public authority’ under the RTI Act.

However, strangely and surprisingly, while listing the assistance it provides to the BCCI, the government never highlighted the most important support it provides—match officials. They conduct various domestic tournaments and are thus the pillars, as well as the nuts and bolts, without which the entire BCCI edifice would collapse. Had the sports ministry in its various reports/replies to Parliament questions raised this point, the BCCI would have been defenceless. A case could thus have been built for it to come under the RTI ambit and share information, particularly financial, that it fiercely shields.

Two top sports ministry officials who handled the BCCI-RTI Act issue during sports minister Lalit Maken’s short tenure in 2011-2012 now candidly admit to have erred in overlooking this vital aspect. “Yes, we didn’t realise this at the time. If we had flagged this issue with the BCCI, it would have been better because the Board benefited from these umpires and scorers etc. who are actually government employees,” one official tells Outlook. The other concurred with his colleague’s views.

So, who are these match officials and how are they so important for the BCCI? They are umpires, referees, sco­rers, and video analysts—and, in many instances, even coaches and players. A significant number of them are government emp­loyees who double up as cricket officials during the domestic cri­cket season in winter after taking legitimate/special leave from their offices.

Although the BCCI is the world’s rich­est cricket body, it cannot employ nearly 500 officials permanently, simply bec­ause they wouldn’t have anything to do in the off season. It makes business sense for the BCCI to hire them professionally, only during the domestic season. The question here is not whether government employees can conduct BCCI matches; they are free to pursue their passion. The issue is of dogged resistance by the Board to become accountable and transparent under the RTI Act. But, as the ministry officials admitted, the government has itself to blame for giving the BCCI a long rope. If it sincerely wanted to force the BCCI, it could have told it something like this: ‘Look, you are heavily dependent on us in many areas. If you don’t come under the RTI Act, we would not grant leave to our employees to work in your tournaments as match officials.’ 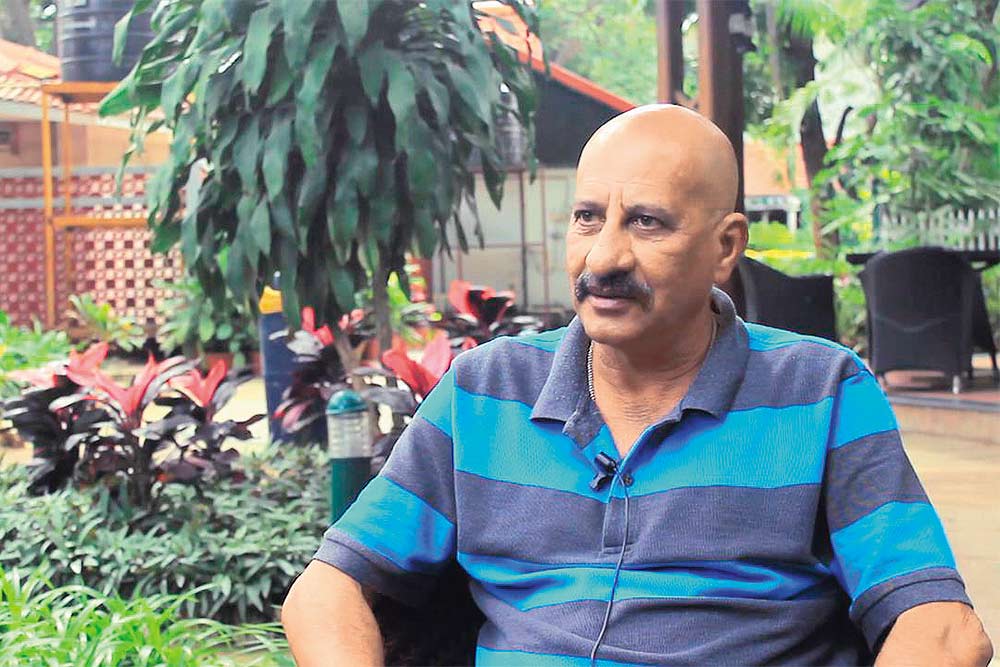 “Syndicate Bank was very cooperative in granting leave so I could officiate in matches,” says Shavir Tarapore, a former umpire and player.

Indeed, government employees take leave to officiate in matches. Of course, some banks are aware of what their emp­loyees do, but still sportingly oblige their employees, and indirectly, the BCCI. “I worked for 28 years with Syndicate Bank in Bangalore, before retiring in 2008. My bank was very coo­perative in granting leave within the rules so that I could officiate in matches. I would attach the BCCI letter of assignment while applying for leave,” Shavir Tarapore, a former ICC International Panel umpire and ex-Karnataka cricketer, tells Outlook.

It is said that due to his insistence on BCCI coming under the RTI Act, the Congress-led UPA government rem­oved Maken in October 2012, after barely 20 months in office. It must be remembered that at the time, influential Congress party ministers Jyoti­raditya Scindia and Rajeev Shukla, along with the BJP’s Arun Jaitley called the shots in the BCCI. They also headed three of the Board’s state affiliates. Over the years, whenever it has come to shielding the BCCI from becoming acc­ountable, politicians have joined hands to scotch all such attempts.

Also, a few RTI activists have over the years tried, though unsuccessfully, to eke out information, particularly about finances, from the BCCI. Besides, some people allege that the BCCI even “bought out” some RTI activists who wanted it to be declared a ‘public aut­hority’. Such talk gained ground when they often failed to appear before the CIC when summoned.

As the blockbuster 2018-19 domestic cricket season, comprising a whopping 2,017 matches, is set to start on August 13, there are apprehensions about the BCCI managing to deploy umpires, referees, scorers and video analysts smoothly. Be that as it may, the Board would, for the umpteenth time, bank heavily on banks and other government institutions for the indispensable match officials. Freely partaking of the government’s ben­e­ficence, the BCCI quails only when the issue of its coming under the RTI umbrella arises.

‘I Have Faith In The PM, The Law Won’t Be Changed’