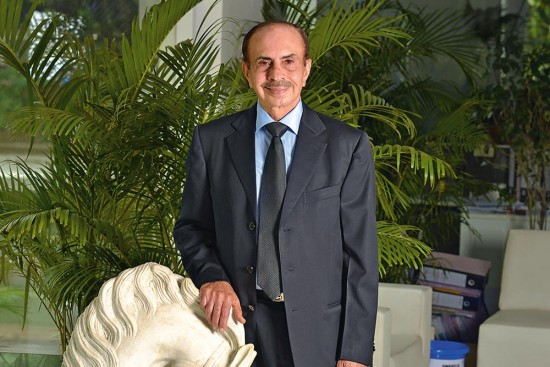 First, a quick recap of a 120-year-old business group: the Godrej’s made the world’s first soap from vegetable oil (branded Chavi) in 1918. It produced its first almirah in 1923; next, ballot boxes for Independent India’s debut elections in 1951; then, the country’s pioneering locally-made typewriter in 1955 and refrigerators in 1958.

By 1991, when the Indian economy opened up, Godrej Consumer Products was earning Rs 262 crore from selling soaps. In the 25 years thence, Adi Godrej told shareholders some months ago, the business has grown 35 times to close to Rs 9,000 crore and nearly half of those revenues came from overseas. Liberalisation, it turned out, was a key milestone in the group’s history.

As Godrej, 74, once recounted, “Lots of Indian businesses were worried international business would swamp them. But we made a significant strategic change thereafter.” In the years that followed, Godrej took a few of his companies public and got into JVs with global firms like GE and Procter & Gamble. These JVs weren’t to last long but, as Godrej put it, they did bring benefits. Then, some acquisitions (think Good Knight mosquito mats or Hit repellents) and it ventured into real estate and agri-business. Currently, the entire group’s revenue is over $4.1 billion.

As the story goes, when a 21-year-old Adi returned from MIT’s Sloan School of Management in the early 1960s, he was the Godrej group’s first MBA. He helped turn around the soap business—it made a profit in the year he joined. Today, the consumer business follows a 3x3 approach, focussing on three segments—homecare, haircare, personal care—across three continents, namely Asia, Africa...