Home  »  Magazine  »  Arts & Entertainment  » Power Love »  Addicted To Melancholia, And All Its Glory

Addicted To Melancholia, And All Its Glory

In awe of the self-destructive, tragic lover, Hindi cinema continues to reimagine Devdas, as if for each generation 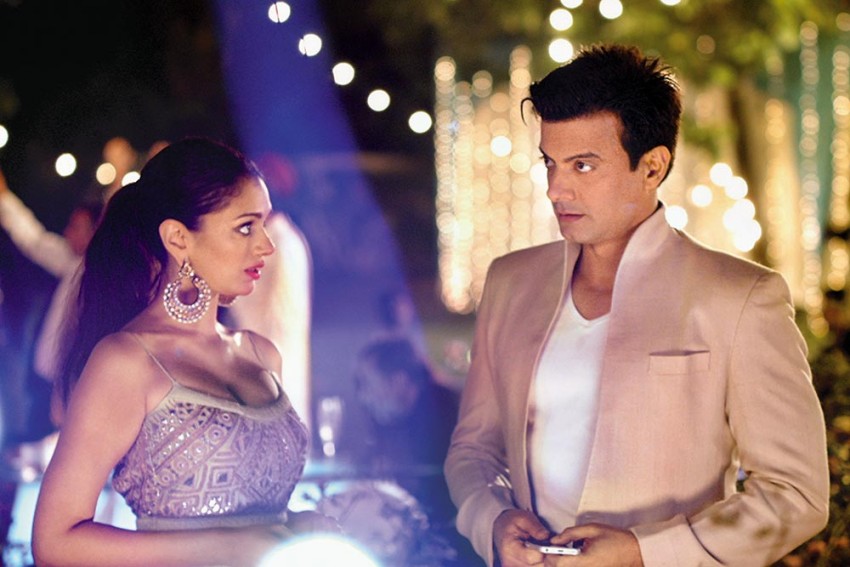 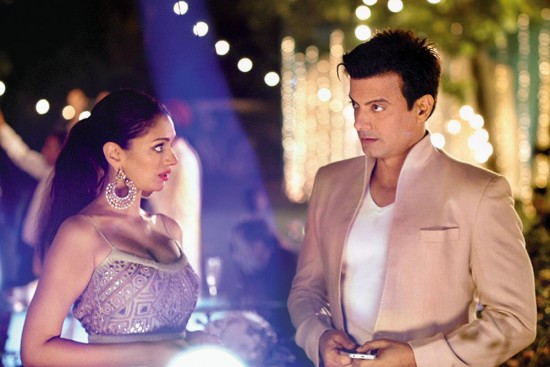 Unable to bear with the pangs of separation from his childhood sweetheart, an unabashed loser in love—nostalgic and alcoholic—charts his own course for self-destruction. It may sound like anything but a refreshing plot, told and retold ad nauseam on the screen since the outset of the film industry, but filmmakers never seem to tire out—while some prefer a puritanical retelling, others make it their own.

If the number of movies made in Hindi and other languages on this theme is ­anything to go by, Devdas appears to be one timeless classic. It has inspired successive generations of film-makers, right from the silent era to digital times. More than a century has elapsed since Sarat Chandra Chattopadhyay’s 1917 classic took the literary world by storm and yet, the ultimate saga of love and sacrifice continues to tempt filmmakers. The latest to fall back upon the eternal ­appeal of this old world romance is director Sudhir Mishra, who has made Hazaaron Khwa­ishein Aisi (2005) and a few other contemporary classics.

Mishra returns to the big screen with Daas Dev—slated for release later this month—almost five years since he made his last feature film, Inkaar (2013). As the title turnaround suggests, the cerebral director has attempted a retelling of Sarat Chandra’s magnum opus. Mishra’s film is, in fact, a political thriller set in modern times. “I would like to say sorry to Sarat Babu for my take on Devdas. I would like to tell everyone that if you are expecting Sarat Babu’s Devdas, please do not watch this film. It is only an inspiration,” Mishra was quoted as saying at the release of the trailer of his new movie recently. Inspiration, it certainly is. But Daas Dev is being touted as a ‘reverse journey’ of the protagonist, who, unlike Devdas, does not self-destruct in love, instead he fights back in the realm of power and politics.

A century has elapsed since the 1917 classic took the ­literary world by storm and yet, the saga ­continues to tempt film-makers.

The contemporary treatment is, of course, not the first. Nine years ago, wri­ter-director Anurag Kashyap had pulled off an astonishing Dev D, which plucked Devdas from early 20th century Bengal and dropped him in modern day Punjab and Delhi. The movie, starring Abhay Deol-Mahie Gill and Kalki Koechlin, had liberally interpolated certain real-life events in its narrative, and was the first attempt by a filmmaker to interpret this classic in a different context.

What, after all, is that enduring appeal of this novel that has attracted filmmakers from all hues? Actress Aditi Rao Hydari, who’s Chandramukhi to Daas Dev, thinks that the tale continues to attract filmmakers “because any material that sparks a debate will live on forever and keep fuelling the imagination of creative people”. “Its characters are so complex, so twisted and so destructive,” says Hydari, who plays the narrator Chandni, an MBA dropout, in the new film. “Then, there is love, epic love—a childhood love, full of innocence that turns into destructive love with ego playing the real villain.”

Hydari says there is so much to play within the text, and the characters are etched out so beautifully, that possibilities for constant reinterpretation are always immense.

Litterateurs, however, attribute the popularity of Devdas primarily to the way the theme of pure love has been treated in the novel. Hindi novelist Ratneshwar says Devdas is and will always be remembered because people find a direct connect with its theme. “Love is something that will never become outdated,” says the author of Rekhna Meri Jaan, a recent best-selling Hindi novel on love and the environment. “At one level, Devdas ­appears to be a simple love story of the rich and the poor, but to fall in love and destroy oneself is what makes it extraordinary,” adds Ratneshwar. “True love is, after all, not dependent on any preconditions and that is the message Devdas has sought to convey. It will always ­remain relevant for all times and eras to come,” .

In Daas Dev, it is politics and power, and not love, as the central theme. Lyricist Dr Sagar, wrote the chart-busting Sehmi hai dhadkan number for the film, says Sarat Chandra’s Devdas was about a man obs­essed with love, somebody who gave up his life after losing the woman he so passionately loved. “Daas Dev is obsessive too, but here the obsession is politics not love,” he says. “Here, politics is his love.”

Dr Sagar believes that the connotation of love has changed in the digital era, where “love is strewn all over like garbage”. He says that the protagonist of Daas Dev does not lament over the loss of love but fights back for his survival in the political game. “He does not resort to singing sad songs. Before writing my song, I was given the reference of Jim Mor­rison’s famous number, This End, which should reflect the inner strength of the protagonist,” he says.

Cinema’s interest in ­Devdas dates back to 1928 when Naresh ­Chandra Mitra, noted ­director of the silent era, made its first version.

Regardless of its different contemporary interpretations on celluloid, cinema’s interest in Devdas dates back to 1928, when Naresh Chandra Mitra, noted ­director of the silent era, made its first silent version with Phani Burma in the titular role. In the talkies era, P C Barua cast actor-singer K.L. Sehgal in the eponymnous role in the Hindi Devdas, which went on to become a rage in 1935. Barua also made the film in Bengali and Assamese. In 1955, Dilip Kumar immortalised the role in another Devdas made by Bimal Roy. Many decades later, in 2002, Sanjay Leela Bhansali came up with a colourful extravaganza which featured Shahrukh Khan in the lead. In between, Gulzar also attempted to make Devdas with Dharmendra, but it had to be shelved midway.

That Devdas has had a universal appeal can be gauged from the fact that it has been made in several languages—not just in Bengali but also in Tamil, Telugu, Malayalam, even Bhojpuri. There is alw­ays something in this story that a film-maker finds stimulating enough to explore. Mishra will certainly not be the last of the ­auteurs to revisit this classic.

By Giridhar Jha with Prachi Pinglay-Plumber ­in Mumbai