Condon's report holds obvious inferences for the BCCI; it also hints at the dubious role of umpires and businessmen 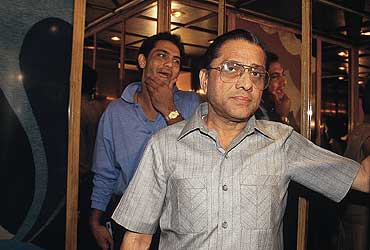 outlookindia.com
-0001-11-30T00:00:00+0553
Truth sounds very grave when an Englishman says it. Falling in line is the report of Sir Paul Condon, the decorated chief of the Anti-Corruption Unit (acu) of the International Cricket Council, on match-fixing. It comes with the warning that the treatise will "disgust" cricket lovers. To some people who chose to read it on the Net, the damning note was in many ways the cbi's labour written in better English. Condon's efforts, however, significantly bring back into focus one disturbing aspect among all the issues raised by match-fixing that has not been probed enough.

The inimitable British art of understatement notwithstanding, the report raises pointed questions about the role of some officials who are, and have ephemerally been, associated with the Board of Control for Cricket in India (bcci). As Condon says, "Whilst corruption at the playing level is now well documented, equally serious allegations are emerging about individuals involved, past and present, in the administration of cricket.... With the benefit of knowledge now in the public domain, a compelling case is made that the icc and the individual cricket boards could and should have done more to deal with the problem of corruption at an earlier stage. It is important to understand why those who have run cricket nationally and internationally failed to get to grips with the problem."

Condon's wonderment may seem a trifle naive to one victim of the bcci's fact-finding mission—former India team physiotherapist, Dr Ali Irani. "I don't think anybody wants to know the truth," he said. "When the cbi interrogated me, for the first 45 minutes they just wanted me to frame Kapil. They kept asking questions about him. At one point I got so uncomfortable that I wanted to get up and leave." After the cbi published its findings, the board put former cbi joint director K. Madhavan on its payroll and asked him "to look into the matter". Irani finds this ridiculous because, for more than just a fleeting moment, he is willing to presume that the board is actively or passively involved in match-fixing. "When Madhavan met me, he said, 'I am here to defuse the situation'. He questioned me, won my confidence and then he went and wrote whatever he wanted to. All the while when I was with Madhavan I got the feeling that he was just there to protect the board. Isn't it obvious? How can anyone throw matches for so many years without the board either knowing about it or being involved in it? And what exactly do they say my crime was? Mukesh Gupta left a bag for Azharuddin with me and I transferred it to him for a piddly Rs 20,000? I used to get about a lakh for a match. Why would I do something like that for 20,000? Assuming that I am involved, could I keep doing stuff like this for 10 years without the board's knowledge? But the board is not concerned with finding the truth. They needed some scapegoats and they found them. I appealed to the board for justice and what they did was send me copies of the cbi's report."

A damning component of Condon's report is the bit about involvement of umpires in match fixing. Needless to say, an umpire is crucial in a match-fixer's scheme of things. And the boards that govern cricket in their respective countries decide which umpire gets the cap. One-day international series need not be officiated by the icc's international panel umpires. Local umpires are given the chance. To quote Condon: "Several umpires interviewed by my unit have received approaches in dubious circumstances. With the benefit of hindsight, some umpires have realised that what they thought at the time to be an innocuous approach was actually the start of an attempt to corrupt them. Whilst allegations in respect of umpires focus largely on their favouring one team over another in their decisions, other aspects of their behaviour are sought to be fixed for betting purposes. Bizarre though it may seem, it is not uncommon for bets to be placed on the end at which a particular umpire will stand at the start of play. In a way betting on 'either/or' situations in cricket is equivalent to a red or black, odds or evens bet at roulette."

Talking to Outlook, a senior umpire from the west zone said that it was common knowledge in his fraternity that the board is arbitrary while selecting umpires for international matches. "In the beginning, I used to think it was just plain old partiality. But three years ago, a day before a one-day international in India, I was approached by a man who said we could negotiate a big sum if I did him a favour. This man asked me to give a top Indian batsman out before he reaches 30 runs. I can't name the batsman. I told this man I was in no position to comply. I was very dazed after this incident but what shook me off the ground was when the batsman in question got out just before he reached 30. That's when I believed for the first time in my life that matches are thrown. I was never approached again but I looked at the board with a lot of suspicion. I hope it's not true but what if, just what if the board sometimes chooses umpires who comply with certain demands."

The umpire's claims may sound like a bitter man's tirade but given Condon's own revelations about the complicity of umpires, they assume significance. Condon momentarily steps away from match-fixing and highlights other forms of corruption that engulf cricket bodies, leaving room for obvious inferences back home. Writes he: "The icc has tried to address 'conflict of interest' issues for those who serve on the executive board of the icc. The matter has not been resolved satisfactorily and needs to be revisited. It is very much in the interest of world cricket to attract experienced businessmen to serve on the executive board. However, the icc must face up to the role ambiguity of having people with business interests linked to television serving on committees who award contracts for TV rights. It must also face up to the perceptions involved in combining senior positions in cricket administration with personal business interests in betting and gaming.... (It) should review its policies and issue clear guidelines on 'conflict of interest' issues."

icc president Malcolm Gray in a press note said that until the executive board meets in June, it would be premature for him to comment on any aspect of Condon's report. But Harsha Bhogle points out, "It's fairly obvious to everybody, isn't it, which businessman Condon is referring to?" Former icc chief Jagmohan Dalmia was in Lahore when Outlook tried to reach him for his reactions. Noted journalist S.K. Sham says: "Condon obviously has in mind the way DD got the rights for the 1998 icc knockout trophy in Dhaka. Also, I believe bcci officials themselves have a lot of explaining to do about the sale of some TV rights in India."

Sham was one of the people who was questioned by Justice Y.V. Chandrachud, and of the board's attempts to 'find the truth', he can only say: "That inquiry was a joke.I think Justice Chandrachud was briefed by the bcci to embrace the higher cause of guarding the spirit of the game." The honourable justice himself, in an interview to this magazine during Hansiegate, had steadfastly held to his belief that matches cannot be fixed. In the face of rising evidence to the contrary, he maintained: "I am not embarrassed. A good judge is never embarrassed by his judgement."

Equally unembarrassedly, the bcci was reluctant to take action against tainted players even after the cbi's and Madhavan's reports. A meeting to deliberate on the matter to be held in Calcutta last year was postponed due to internal differences. People like Jagmohan Dalmia, Raj Singh Dungarpur and Kamal Morarka initially resisted any punitive action. Only in the face of revolt did A.C. Muthiah ban guilty cricketers.

Condon's report makes a clear case for thorough investigation into the affairs of the bcci. The report by itself is not an indictment. But the moral of Condon's story is as chilly as the X-files' claimer—The truth is out there. Lurking on the sidewalks where no investigative agency has trod so far.