I never wanted to be an actor. Though I was always told that I am a good actress, I never took anybody seriously. Somehow, it happened to me and eventually I accepted it. 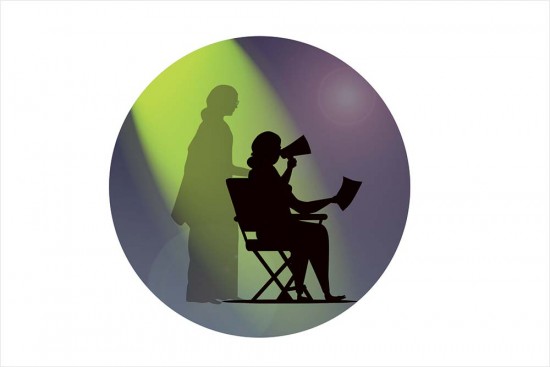 I was never in a race to be a mainstream Bollywood actor, though my entire upbringing revolved around cinema. I don’t feel like an A-list Bollywood actor; I don’t even know if I have made it in Bollywood. I just enjoy my work and I consider myself as a working actor with a normal life. Being Aparna Sen’s daughter, I consider myself to be privileged. As such art and culture was a part of everyday life. My grandfather, Chidananda Dasgupta was a film critic. He directed some documentaries and feature films; he was a film historian too. He co-founded the Calcutta Film Society (CFS)—India’s first film society—with Satyajit Ray. My mother is a film director, actor and editor of a magazine. So I have seen this life since I was a kid. I have been going to studios and seen shootings since I was a child. I have absorbed so much from my family that I feel I come from a huge position of privilege. Thus, it was easy for me in many ways. And all of this influenced my upbringing, my taste, my aesthetic leanings and my understanding of cinema.

I never wanted to be an actor, but since my mother was a mainstream actor, I used to accompany her for shoots. When I was about four, they needed a little boy for a role and as the crew couldn’t find one, I was drafted in, after cutting my hair. That was my first film. Though I was always told that I am a good actress, I never took anybody seriously. Somehow, it happened to me and eventually I accepted it.

When I ventured into film direction, my mother was a big help. Being a director can be sometimes stressful, sometimes frustrating, sometimes rewarding and sometimes exhilarating. I would call my mother every second day with hundreds of questions and she would answer all of them patiently.

I have started writing too. Let’s see how it shapes up. It’s just too early to say. I also enjoy directing, but I am primarily an actor. And I have been very busy and of late I have got some interesting work coming my way.

OTTs And Other Liberties

OTT platforms are amazing because of certain freedoms and flexibilities we have in terms of format. You could do features, mini-series, short films, documentaries…. I am totally against censorship of any kind. I feel that as Indian citizens who have the right to choose our own leaders, we also have the right to decide what we want to watch, who we want to love, how we want to live our lives and what we want to eat. These are liberties and choices which shouldn’t be taken away from us. If we are unable to comment on and portray ground realities in films, then we have to say, “Oh! Everything is so nice. We have the best country, the best government, the best infrastructure….” Why do we have to say that?

The pandemic has made me realise that other people’s lives are as difficult as our own. We often take frontline workers for granted. We feel that the fire brigade man is supposed to put out the fire. The police officer is supposed to do their job. But it is difficult for them, considering certain circumstances in our country. Being a developing country, we should be aware of the fact that everybody’s life is not as privileged as ours. It is time we need to have compassion for other people. The pandemic has been a great teacher. It taught us to do everything at home and not being dependent on outside help. I know how to drive, but now I have learnt to park my car competently too.

These difficult months have brought other things into focus too. Even as a child, I used to be environmentally conscious. It’s more important than ever to live a conscious and responsible life. So, consuming less and consuming only what is required should be practised. We should be repeating our clothes more often. We just need to be aware on a daily basis on how much we can survive on. The climate crisis is very real, and will devastate millions of lives. It is upon us, really, even as I write these words. It is perhaps this thought that makes me a conscious consumer!

Konkona Sen Sharma (is an actor)