According to the Monster Salary Index, 2017, women, who only make up 27 per cent of the Indian workforce, are paid 20 per cent less than men overall, and 68 per cent of working women report having experienced wage inequality. 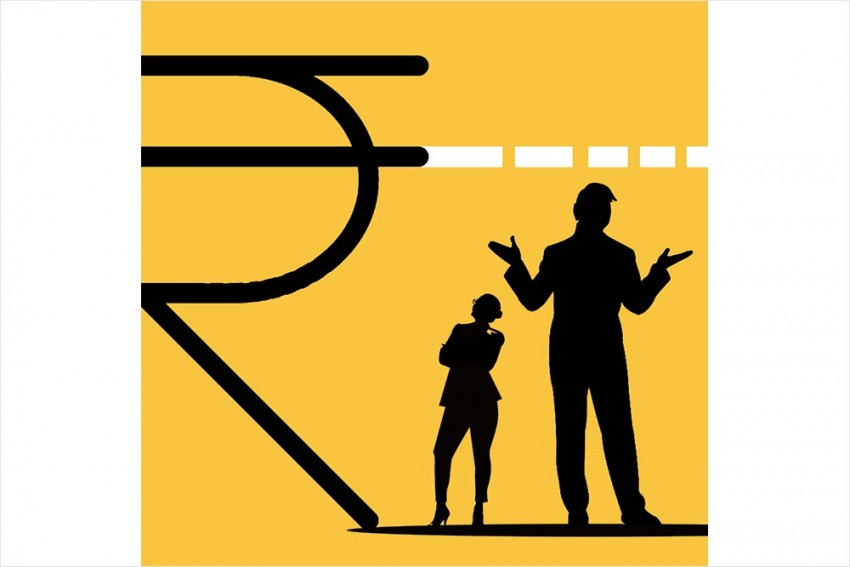 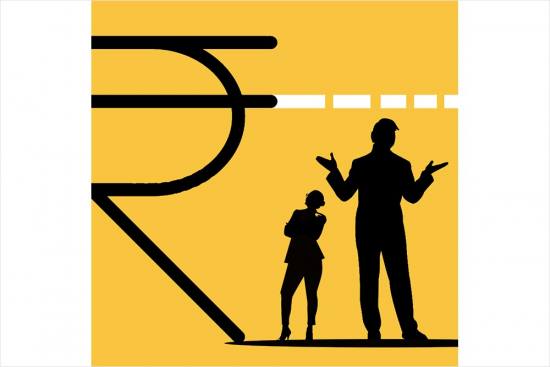 Would you read a book by M.V. Pant? Who’s M.V. Pant? She’s a well-known, critically acclaimed author. Wait, she?  Alluding to the likes of J.K. Rowling and E.L. James—fem­ale aut­hors who adopted mascul­ine-seeming initialisms to be taken seriously—Meghna Pant recalls, “I was told that if I had written under the name M.V. Pant, I would have sold more books.” It certainly has more than a ring of truth to it. Be it in India or the wider world, the ­story’s the same, as is the ind­ustry’s res­ponse. Books by woman authors are priced lower and, “male aut­hors get much bigger adv­ances and royalties, and are also ass­igned much bigger marketing budgets than ­female authors, ” says Pant.

A less than encouraging picture for women in publishing—and other sectors hardly offer better prospects. According to the Monster Salary Index, 2017, women, who only make up 27 per cent of the Indian workforce, are paid 20 per cent less than men overall, and 68 per cent of working women report having experienced wage inequality. All this in spite of the Equal Remuneration Act, 1976, mandating equal pay for the same or similar work—and this being a directive principle in the Constitution. And few women reach the top. Harpreet Kaur, director at the Genpact Centre for Women’s Leadership, Ashoka University, says there are many factors which create a leaking pipeline for women, hindering them from reaching leadership positions. “While there are few entry points for women, the exit gates are many—pregnancy, childbirth, child care, elderly care, lack of family support and uns­upportive work env­ironments,” says Kaur.

Case in point: the legal sector.  Abha Singh, an advocate at the Bombay High Court, says, “After bosses refuse flexible work schedules, many young lawyer mothers are forced to quit their jobs in law firms. Women face a motherhood penalty in jobs due to taking more breaks in their careers,” she says.  With such marginal participation of women in law, equal pay remains a distant dream.  “There is no fair representation for women. Fees charged by senior counsel like Abhishek Singhvi, Kapil Sibal, Harish Salve would be at least ten times the fees paid to women counsel in the Supreme Court,” says Singh.

Men dominate the higher-paying and hig­her-ranking jobs, with 22 out of 25 sitting Supreme Court judges and 89 per cent of high court judges being male, while support posts like par­alegal and secretary are often filled by women. Women more often end up practising in areas such as employment law, family law and some areas of property law, all of which are less well paid than male-dominated areas such as mergers and acquisitions, banking and finance, and commercial litigation. “Women directors at top law firms are paid 46 per cent less than their male counterparts,” says Singh.

What of the film industry? Shahrukh Khan made it to the Forbes Celebrity 100 list of the world’s highest-earning entertainers last year after banking $38 million. No Bollywood actress could make it to this list. Actress Shefali Shah says, “Our industry is still male-dominated and everything boils down to this, be it roles and rem­uneration. An actress gets the heroine’s role when she is 18 to 25 years of age. This doesn’t apply to male actors. For a woman, once you become a mother, you are a mother for the rest of your life.”

There is no viable reason for wages to differ based only on gender. Film director and writer Tanuja Chandra explains, “Female-led films are sold at a lower price to distributors because of the prevalent belief in the trade that they cannot earn huge money.”  That seems to be a recurring theme.

In journalism too there is an inbuilt bias in terms of what kind of assignments women can handle better. Priyanka Sinha Jha, critic and senior entertainment editor says, “Even though media comprises a lot of women, the decision-making process is largely in the hands of men. In a newsroom meeting you really need to struggle to be heard. There are only features editors who are women. The numbers of women Editor-in-Chiefs in media organisations are few.”

We Are Far Less Progressive Than Our Constitution: Aakar Patel