This witty and very readable book is heavy on analysis but skimpy on Helen herself. 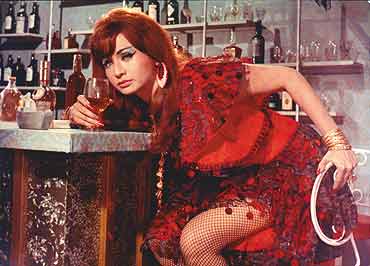 She showed cleavage; she showed legs in an era when heroines were invariably wrapped in saris. She was indispensable to producers to draw in the frontbenchers. But this woman also mesmerised those of us who were in three-rupee seats. Almost all her films were trashy and if any of them are remembered today it is because of Helen. When given half the chance Helen proved she could also act. She won several supporting role awards.

A book on Helen was long overdue and Jerry Pinto fills that gap. It is witty and very readable. But it has one fatal flaw. Helen refused to be interviewed and the author’s sources are old film magazines which, in those days, would not delve into the private lives of film stars. Inevitably, this book is heavy on analysis of her films and skimpy on Helen herself. I would have liked to know why this beautiful and talented woman wasted away her youth as a mistress to a much older, married man. And it will come as a surprise to Pinto to know that Helen had a sister. I met her in 1968 when she came to my law chambers seeking divorce from Oscar, a small-time dancer in films.