Marathi cinema’s recent resurgence harks back to its pioneers 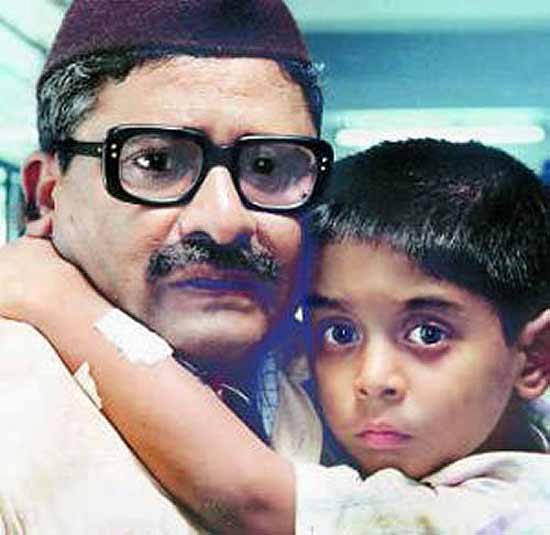 Till Paresh Mokashi made Harischandrachi Factory (2009), all we knew about Dadasaheb Phalke was that he directed India’s first feature film, Raja Harischandra (1913), and that there’s a film award named after him. Mokashi’s vision transformed Phalke’s pioneering effort into the adventures of a Chaplinesque hero obsessed with moving pictures and prepared to stake everything to fulfil his impossible dream. Interestingly, Harischandrachi Factory was bankrolled by none other than UTV, a sure sign of the dramatic turnaround in Marathi cinema after the remarkable success of a small film by Sandeep Sawant, called Shwaas (2004), which won the National Award for Best Feature Film and literally breathed new life into an industry that had been floundering for many years.

The two decades before Shwaas were unarguably the darkest period in Marathi film history. Living in the shadow of big brother Hindi cinema was proving calamitous despite the state subsidies, and the mood of despondency was reflected in the abysmal output: at one point, it fell to less than a dozen films in a year. It is to the credit of filmmakers like Amol Palekar, Sumitra Bhave-Sunil Sukhtankar, Sachin Pilgaonkar and Smita Talwalkar that they kept the raft afloat with their progressive socials, gentle comedies and middle-class dramas based in Mumbai and Pune.

There were twin coincidences that boosted, for Marathi cinema, what the success of Shwaas initiated: the multiplex revolution and the upsurge in Marathi television channels, which now required round-the-clock content. It wasn’t long before television houses and Hindi producers started financing small-budget, low-risk Marathi films. With the money came the talent that had thus far failed to find a viable outlet. Young directors like Nishikant Kamat, Umesh Kulkarni, Ravi Jadhav, Satish Manwar, Satish Rajwade, Kiran Yadnopavit and Sujay Dahake have spearheaded this renaissance with themes ranging from social satire, rural exploitation, urban angst and gender bias, to musicals, coming-of-age stories and old-fashioned romances. They also infused the cinema with sophistication, the most notable example being Dahake’s recent Shaala, a simple enough story about the pangs of growing up (adapted from literature, another important revival), but employing a layered screenplay and precise visual design to heighten the pleasure. 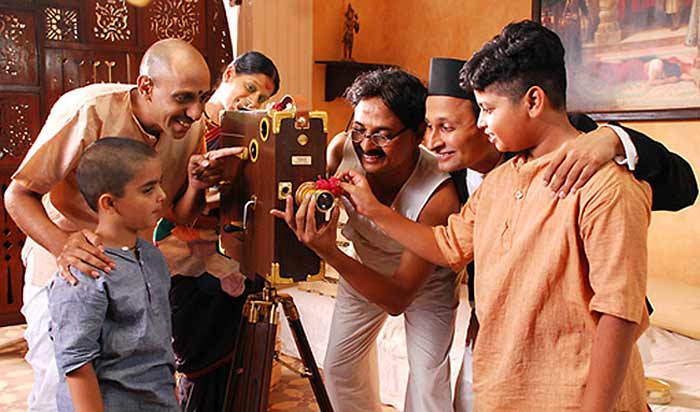 Atul Kulkarni brought his Hindi experience to Natrang (2010), a film about a strapping body-builder who transforms into a cross-dressing naachya for his love of the folk art of tamasha and the upheavals it causes in his life. Kulkarni dramatically lost and put on weight for the two halves of the film, but more significantly, perfected the body language and externalised his character’s divided self with acute feeling. Natrang also revived the great musical tradition of the Marathi screen in the form of the talented duo Ajay-Atul, brothers who have subsequently made forays into Hindi, but retained the flavour of the Marathi soil.

Phalke and Shantaram were entrepreneurs. They brought India cinema and new ideas.

V. Shantaram, among the greatest innovators of Indian cinema, would have been proud of a film like Natrang. His early works for Prabhat Studios—which he set up with three other partners in 1929 in Kolhapur and then moved to Pune, where the FTII now stands—reflected a freshness of ideas and experimentation with film form and technique rarely seen thereafter. In keeping with the ethos of the times, Prabhat first produced historicals and mythologicals—early Marathi cinema drew heavily from the sangeet-natak, and although they sometimes tackled social themes, there was a pre-eminence of costume dramas. Shantaram made the first Marathi talkie Ayodhyecha Raja (1932) while Sant Tukaram, based on the life of the great 17th century poet-saint and directed by his partners Damle and Fatelal, travelled to the Venice Film Festival in 1937 and was ranked amongst the three best films of the year at the prestigious event.

But with Kunku (1937), also produced as Duniya Na Mane in Hindi (studios like Prabhat had the foresight and the funds to make bilinguals), they paved the way for socially relevant cinema that would prove to be the bulwark of the Marathi industry. Kunku’s fiery heroine is amongst the few genuine feminists of the Indian screen and its continued relevance is testimony to Shantaram’s and actress Shanta Apte’s modernity. Apte, along with Kamlabai Gokhale, Durga Khote and Shobhana Samarth were among the first women from respectable families to make acting in films acceptable. Harischandrachi Factory records how hard it was for Phalke to find his Taramati. Eventually, he settled for a male actor. By 1938, things had changed enough for Meenakshi to get into a swimsuit and woo the hero with an impish song in Master Vinayak’s Brahmachari. After the decline of Prabhat, directors like Bhalji Pendharkar (known for his historicals and rural socials) and the urbane Raja Paranjape (whose films represent Marathi cinema’s equivalent of Bimal Roy-Hrishikesh Mukherjee’s humanism) ushered in an era of thematic and musical distinction. The latter tied up with the lyricist-composer duo of G.D. Madgulkar and Sudhir Phadke to create timeless melodies. P.K. Atre, a noted satirist and journalist, directed Shyamchi Aai (1953), the only Marathi film before Shwaas to win the Golden Lotus Award. Umesh Kulkarni’s Deool joined the list this year.

And then there was Dada Kondke, the son of a mill worker who produced, directed and acted in some of the biggest hits of the 1970s, relying on bawdy humour and folksy music to regale the frontbenchers. Simultaneously, a young paediatrician with a theatre background, Jabbar Patel, was treading the offbeat path with scathing political critiques (Saamna, 1975) and Sinhasan (1979), both scripted by playwright Vijay Tendulkar. Patel also directed Smita Patil in Umbartha (1982), produced as a bilingual, and Jait Re Jait (1977), a terrific musical set in a small adivasi community enhanced by Hridaynath Mangeshkar’s earthy compositions.

The current New Wave of Marathi has originated in the land of Prabhat, and borrows from Iran’s cinema of resistance in that it often uses children’s stories to make dark, reflective social comment palatable for audiences. Alongside cheap imitations of Hindi cinema which still form a bulk of the annual output, there now exists a distinctive space for alternate voices who are singing the song of revival in unison.

(The writer is a Mumbai-based freelancer and runs the website www.filmimpressions.com)

The Script, On Balance