Nawaz Sharif has a ‘heavy’ mandate. Does he have the moxie to usher in a ‘Naya Pakistan’? 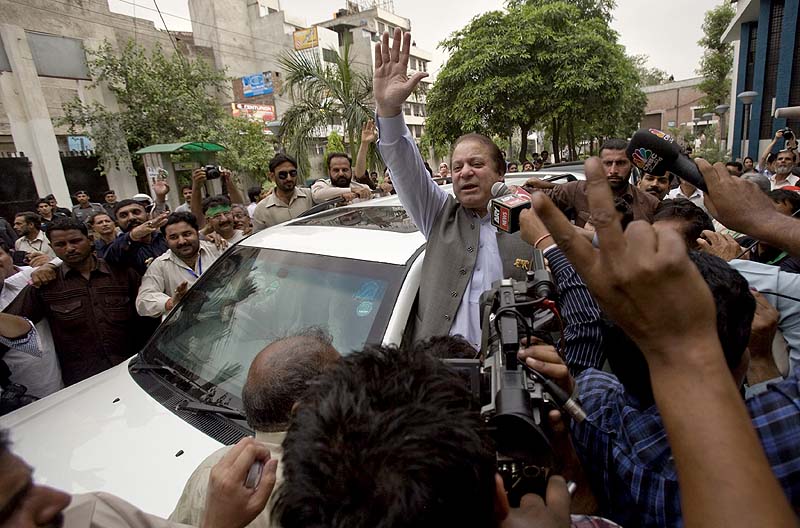 It was a scene that caught everyone in Pakistan by surprise. Prime minister-elect Mian Nawaz Sharif walking into Shaukat Khanum Cancer Hospital with a bouquet of roses for the ailing Imran Khan, now formally leader of the Opposition. “We don’t have any personal rivalry. Pakistan is in trouble and we should work together to give a better Pakistan to the next generations. I have told him that we will play a friendly match once he recovers,” Sharif told the waiting media on his overture. Ties between the two leaders have been quite amenable—days before the polls, Sharif had cancelled canvassing for a day as a seriously injured Imran was rushed to hospital.