Old wine in a new bottle? But, then, some vintage wines are so superb that one cannot tire of savouring them 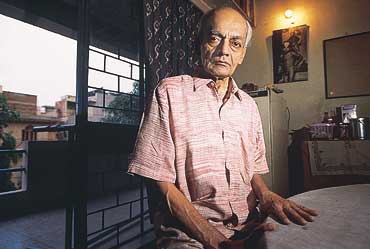 What can one say about someone who resolutely refuses to write a book and yet wins instant acclaim with the appearance of the maiden collection of his newspaper writings teasingly titled The Book I Won’t be Writing and Other Essays? In H.Y. Sharada Prasad’s case, however, this has caused no surprise. One can only envy him.

Sharada spent long years of his working life first as a sarkari sampadak, to use his own description, and then as information advisor to two prime ministers, Indira Gandhi and Rajiv Gandhi (with only a short stint in Morarji Desai’s service in 1977-78). As IA he "ghost-wrote" for his bosses tens of thousands of pages. But that alone cannot explain his resolve, on retirement, to "write no more". It is more likely that as a man of impeccable discretion who knows too much he deemed silence to be the best policy.

It is to M.J. Akbar’s credit that, as editor of The Asian Age, he persuaded Sharada to write a weekly column that has been a joy to read over the years and, as a publisher, has now brought out this delightful...