A War With No Plan

The surgery on 85 per cent of India’s cash can’t stanch the flow of common misery. Even those who agree with the idea bemoan the absence of wise, steady hands. 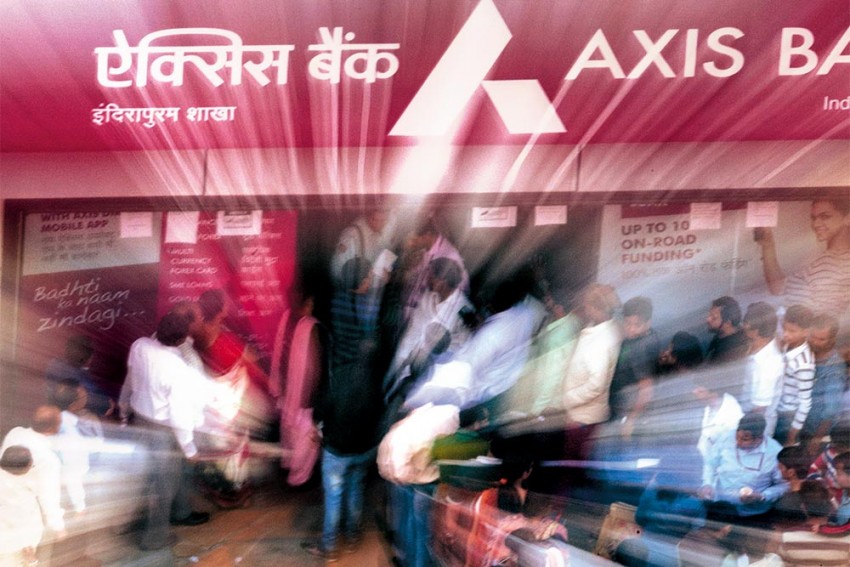 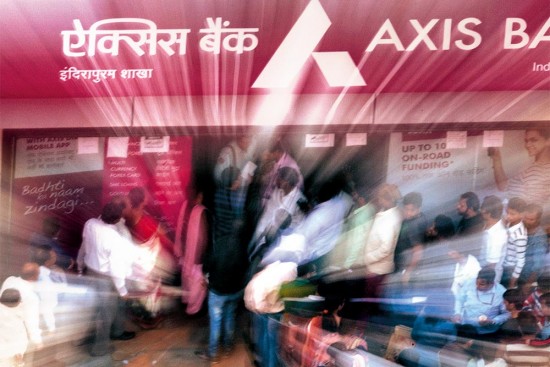 Misery cannot be audited: it does not show up on balancesheets. Nor will the three dozen ‘demonetisation deaths’, reported over a week of panic and financial chaos that lay in the wake of the November 8 announcement that Rs 500 and Rs 1,000 notes would cease to be legal tender. What exact effect this sudden shift of the financial system’s tectonic plates will have—in the short, medium and long term—on India’s economic life can only be speculated about. A contraction of economic activity may be inevitable in the first stage—hopefully leading up to a more transparent, accounted-for system. For the present, the sense is that India has ventured into a minefield without a location guide, and the very distortions it seeks to eliminate are vitiating the transition process.

The signs are all over. Manisha, a working woman from a poor family, faces great pressure, with her brother asking her to deposit Rs 2.5 lakh in her bank account. The money belongs to an unknown businessman. The deal is simple: return Rs 2 lakh after a few months, keep Rs 50,000 as service fee for doing the laundry. People with unaccounted money are exploring every avenue and loophole to legalise their stash. Gold was the first choice, but that may ebb after raids on jewellers. Now real estate deals are being offered in Uttar Pradesh at a 60:40 ratio—Rs 1 lakh in old notes will be worth Rs 60,000. Bulk SMSes are going out offering this new exchange rate. Cooperative banks are dealing out backdated fixed deposits. Factory owners are paying advance wages—for the whole of next year. Across the country, factory operations are on hold, as workers have en masse turned into ‘mules’, standing in queues for their bosses.

After the first flush of enthusiasm over the govern­ment’s ‘surgical strike’ on the parallel economy, esti­mated at over 20 per cent of the GDP, attention has shifted to how messy the surgery has been. It’s not just the unending, demoralising queues outside loc­ked bank gates and dry ATMs. What is galling is the awareness that many in the queue are exchanging Rs 4,000 in old notes for a fee. It’s amazing why it took a week for FinMin officials to realise this was a major reason for the chaos. The response—indelible ink on the finger to prevent repeat visits—was visibly kneejerk. It can’t be put into use without gett­ing stocks of the ink; it also has to pass the hurdle of the Election Commission, with polls due in several states.

In the interim, hundreds of daily-wagers, mostly migrant workers, are spending their manhours helping the moneyed launder their stash using their ID cards. “They are being misused by black-marketers. Many migrant workers in the 20-30 age group, often unemployed, are being engaged to exchange cash for a fee of Rs 400-500,” says K.R. Ganesh Rao, former chief general manager of Bank of Baroda, who is among hundreds of retired officials who have been volunteering to help out overworked colleagues.

Many in the banking industry are happy about the first direct move since 1978 to cleanse the economy through this route. But they feel the government and the RBI failed at some fundamental level in the implementation: they did not anticipate the many logistical issues, did not prepare the infrastructure to take on the expected load or put in place safeguards to prevent the money-laundering that resulted, paradoxically, from the move.

We welcome the decision to #demonetise currency notes - Rs 500 & Rs 1000. This will curb #BlackMoney and #terror financing.

“Definitely, we are seeing more money coming in small amounts than expected. But the real size of the black economy, as we imagine, is still not visible,” says C.H. Venkatachalam, general secretary of the All India Bank Employees’ Association. “Cash as a component of the parallel economy is very small. Around 80 per cent of it is in gold, real estate or stashed abroad. However, it is important to catch the cash,” says Venkatachalam. Out of the goverment’s target of cash deposits of Rs 10 lakh crore through demonetisation, around Rs 4 lakh crore had been deposited till November 17.

What has upset bankers and laypersons alike is the failure to introduce currency of smaller denominations in larger quantities ahead of demonetisation, to spare common people this immense hardship. Venkatachalam says that Rs 100 notes have been in short supply for two years. In a memorandum to the Indian Banking Association, AIBEA has pointed out that the “government and RBI must be fully aware that already there is a huge gap between the Indent and supply of Rs 100 notes. For example, in 2015-16, as against the Indent of 535 crore pieces of Rs 100 notes, the supply received was...490 crore pieces.”

The timing too has left people foxed. Being the beginning of the month, people had withdrawn money for regular expenses, school fees and the like, or just received their wages—and were thus saddled with non-transactionable pieces of paper. Thankfully, old currency was allowed for some essential services in phases till November 24.

V. Ramanan, author of Karupp Panam (‘Black Money’ in Tamil), says demonetisation of high currency is a tested method used worldwide to curb black money. India tried it twice—in 1946 and ‘78. “But in the past, high currency notes were just 2 per cent of the total. This time, they constitute 76 per cent. So they are not just used by high-net-worth individuals but also by the common man,” says Ramanan, a former bank executive. “While the scheme is good, the execution is bad. It could have been done better by pumping in more Rs 100 notes in the last two months. Then the pressure of exchanging currency would not have been so much.”

T.C. Thomas, who has been researching on black money, is optimistic. “At least 40-50 per cent dormant money will enter the banking system. People’s mindset will change over a period and they may like to invest more in financial assets than unproductive investments like real estate and bullion. In the long run, the size of the parallel economy will shrink from current levels of 20-25 per cent. This will be a big boon to the economy.”

At present, the currency crunch is working to the detriment of traders, particularly those engaged in small, solely cash-based, businesses. The scenario is worse in rural and semi-urban areas, where banks and ATMs are few and far. Worse, it was quite belatedly, and reactively, that a directive went out to banks to raise the limit of funds handled by banking correspondents—RBI-authorised officials who move around and offer basic banking services in rural areas unserviced by branches. Shaktikanta Das, secretary, Department of Economic Affairs, put up a brave front: “As and when problems come, we deal with them proactively. This problem (lack of ATMs in rural areas and small towns) came to our notice and we have acted on it.”

It’s not just that this could have been foreseen. Fact is, deployment of more hand-held ATMs is not enough, as a majority of the 200 million bank acco­unts opened under the Jan Dhan Yojana are practi­cally zero-balance and dormant. With currency squ­e­­ezed out of the system, large numbers of farmers can be seen sitting outside Agriculture Produce Market Committee yards, trying to find buyers for their perishable produce. Mandi sales are down 70-80 per cent, with buyers to be found only for a few fast-selling products like potato, onion and tomatoes.

Tarun Arora, director of IG International, a major fresh fruit dealer, says exports are going to be hit too. “Exports are driven by domestic sentiment. Consumer sentiments have shrunk to a level not even seen during the 2008 crisis,” he says. Arora cites the example of fresh grapes which, in a matter of days, have fallen to Rs 80/kg. Expectations of a further fall are keeping exporters at bay. Across farm produce items, the present oversupply may lead to some shortfall a few months down the line due to lack of funds for sowing. That raises the spectre of a food inflation. It’s this whole chain in a nation’s economic life that the planners seem to have not factored in.