It’s a tight knot for the BJP: How to avoid being singed by Dalit rage without alienating its traditional core votebank 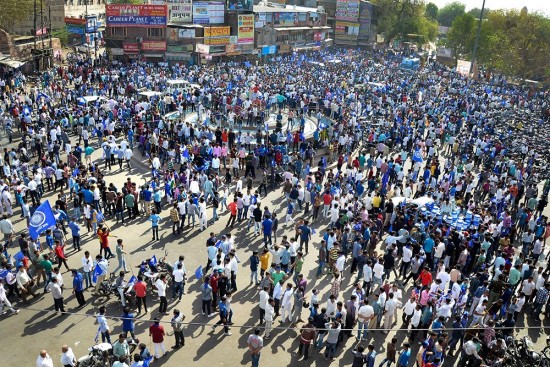 It’s a definitional issue that goes to the core of the BJP’s existence. The tension between being seen as a ‘Sav­arna party’, while trying to fulfil an ideological plank built around castelessness, has been a formative one for it. It has mostly navigated these perilous waters with some decent management skills—mixing intelligent cooption with lofty slogans. But ever so often, the state of play can go out of hand.

That a Dalit BJP MP from Robertsganj, Uttar Pradesh, could accuse CM Yogi Adi­tyanath of “rudeness” and PM Narendra Modi had to promise “action” in response to the written complaint would have been inconceivable even a fortnight ago. It shows the degree of nervousness in the BJP after the simmering Dalit anger boiled over during the April 2 protest.